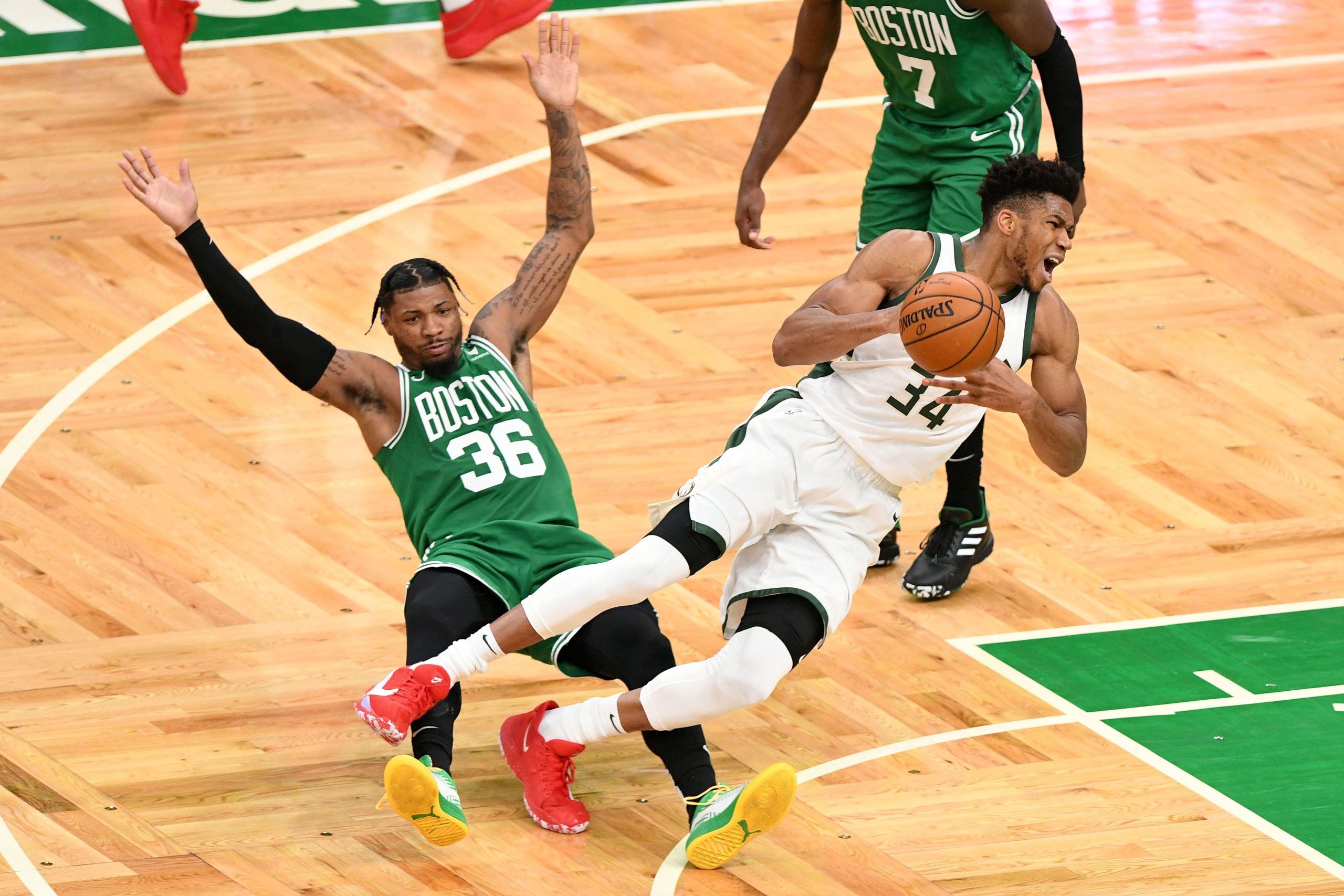 After sweeping through their 1st round matchup with the Brooklyn Nets, the Boston Celtics open their Eastern Conference semifinal series at home against the defending champion Milwaukee Bucks today. Tip-off is scheduled for 1:00 pm ET on ABC and I’ve prepared a same game parlay which is available below.

We also have predictions on the side and total for Game 1 of the Golden State Warriors vs Memphis Grizzlies series, so make sure you check those out later.

These teams split the regular-season series, but the Celtics covered in all 4 games. Boston was favored only in the first matchup, when Giannis Antetokounmpo didn’t play. The Bucks have been a bad Game 1 team in their recent post-season appearances. In their last 7 playoff series dating back to 2018, they are 4-7 straight up in Game 1s with 6 of those losses coming by at least 6 points. Each game of this series has the potential to go down the wire as the teams are evenly matched at almost every position. Khris Middleton not playing is a heavy loss on offense for the Bucks, and they’ll have to rely on others to do the heavy lifting yet again. Boston has the better team defense at the moment, especially with Robert Williams III coming back, so I think they will prevail in a close one to open the series.

Middleton not playing in this series makes all the difference for Jrue Holiday, as he will need to ramp up his production, starting today. He didn’t have the best of series against the Bulls in the opening round, averaging 16.4 points per game, but it’s been a different story to the 4 matchups with Boston during the regular season in which he averaged 20.8 per game on 43% shooting.

In the games played at TD Garden he averaged 18.5 points, and he will need to go over that if the Bucks want to steal Game 1 on the road. Without Middleton in the lineup, Holiday has averaged 18.7 points per game in 12 outings, and his usage rate has gone up 4.8% in those games while his field-goal attempts have gone up by almost 3. That shows how much the Bucks will rely on him in this series with their 2nd-best scorer likely to miss every game with an MCL sprain.

Giannis Antetokounmpo has had a monster rebounding series against the Chicago Bulls, even if his average might suggest otherwise at first glance. He finished with 13.4 boards per game, but only because he had 7 and 9 rebounds in a pair of blowout wins for his team. In the other games he had 16, 18 and 17 boards, which is more of what I’m expecting in the series opener against Boston.

Both teams have had more than a few days off before this game, so there could be some rust involved which normally results in more missed shots. Middleton being out means there will be 6.3 more rebounds per game for others to collect in his absence and the Bucks have relied heavily on Giannis to do the dirty work on the glass.