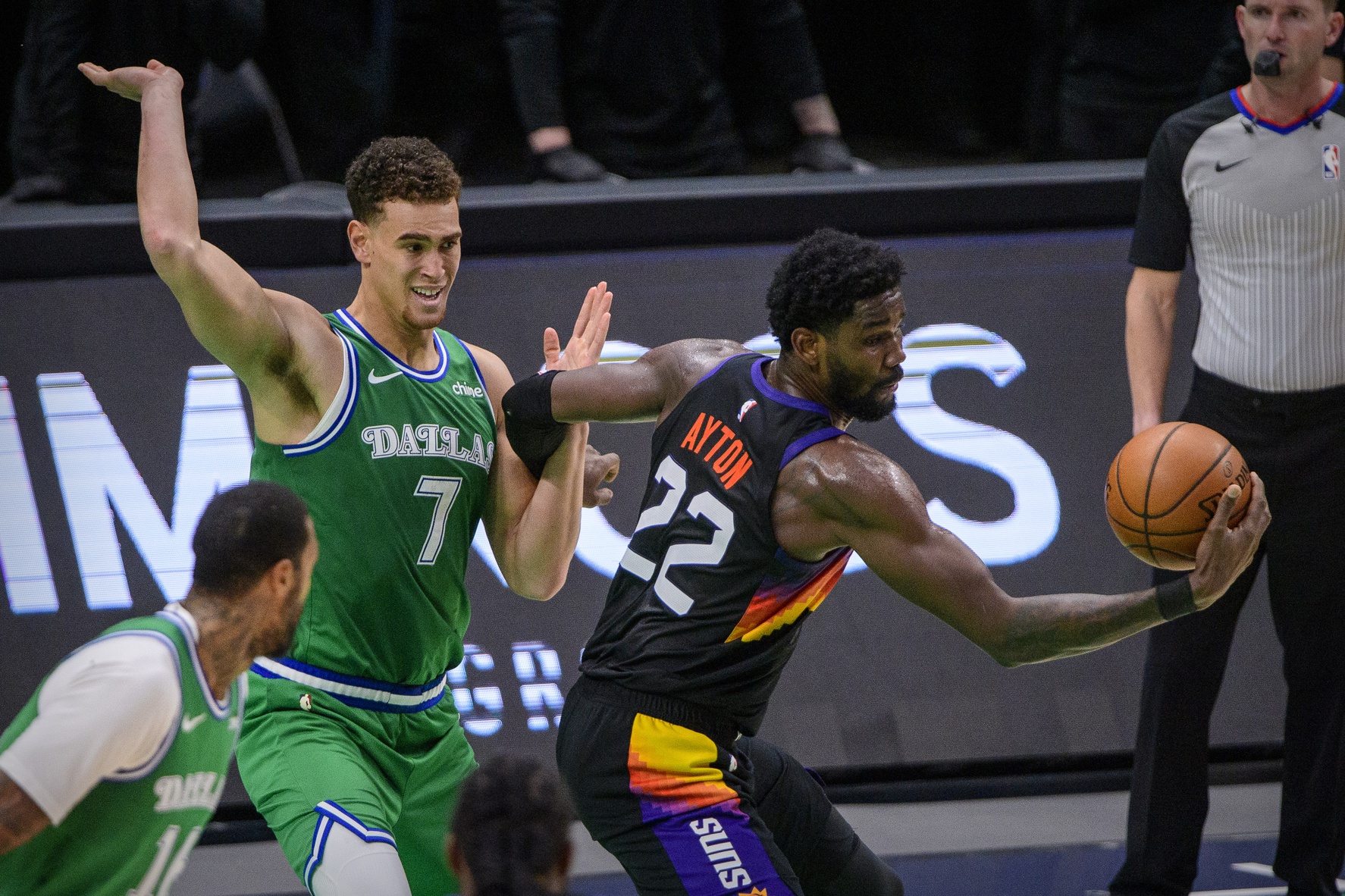 Game 1 between Dallas and Phoenix was all about Luka Doncic, who dropped 45 points, but Phoenix came out on top by 7. The two teams now square off once more before going to Dallas for games 3 and 4. Tip-off is set for 10:00 pm ET on TNT. I’ve prepared a same game parlay which is available below.

We also have predictions on the side and total for Game 2 of the Philadelphia 76ers vs Miami Heat series, so don’t forget to check them out.

Game 1 was about a team versus a man. The team won. Phoenix posted six different players in double-figures, while Dallas had Luka Doncic going off for 45. The Suns have now gone 7 consecutive playoff games shooting better than 50% from the field. They also managed to shoot 40% from three in Game 1. Phoenix is scoring 116 points per game over the last 3 playoff games.

We also may be seeing the regular-season version of the Suns coming back to life, which is a bad sign for the Mavericks. The Suns are not the Jazz and Dallas doesn’t have the depth to stay with Phoenix. All 4 games this season have been decided by less than 10 points, so after a 7-point win in Game 1, I expect the Suns to come out on top but it might not be a complete blowout.

If there’s one thing the Mavericks have learned from that Game 1 loss on Monday, it’s that Luka Doncic won’t be able to beat these Suns all on his own. Luka had 45 points, but it took him 30 shots to get there and his three-point shot wasn’t all that efficient either. Maxi Kleber did his best to help out with 19, but someone else will also have to step up. I believe Spencer Dinwiddie can be that guy.

Dinwiddie is 3rd on the team in scoring this postseason, averaging 14.3 points per game. In the opening round against the Jazz, he scored 20 or more points twice and also had 19 in the series closer on the road. He’s more than capable of going off at any given time. In his last 6 games against Phoenix, he’s scored in double digits 4 times while averaging less than 30 minutes per game. We’ve seen him step up on a few occasions already this postseason, so if coach Jason Kidd decides to give him more shots the Mavs could benefit greatly.