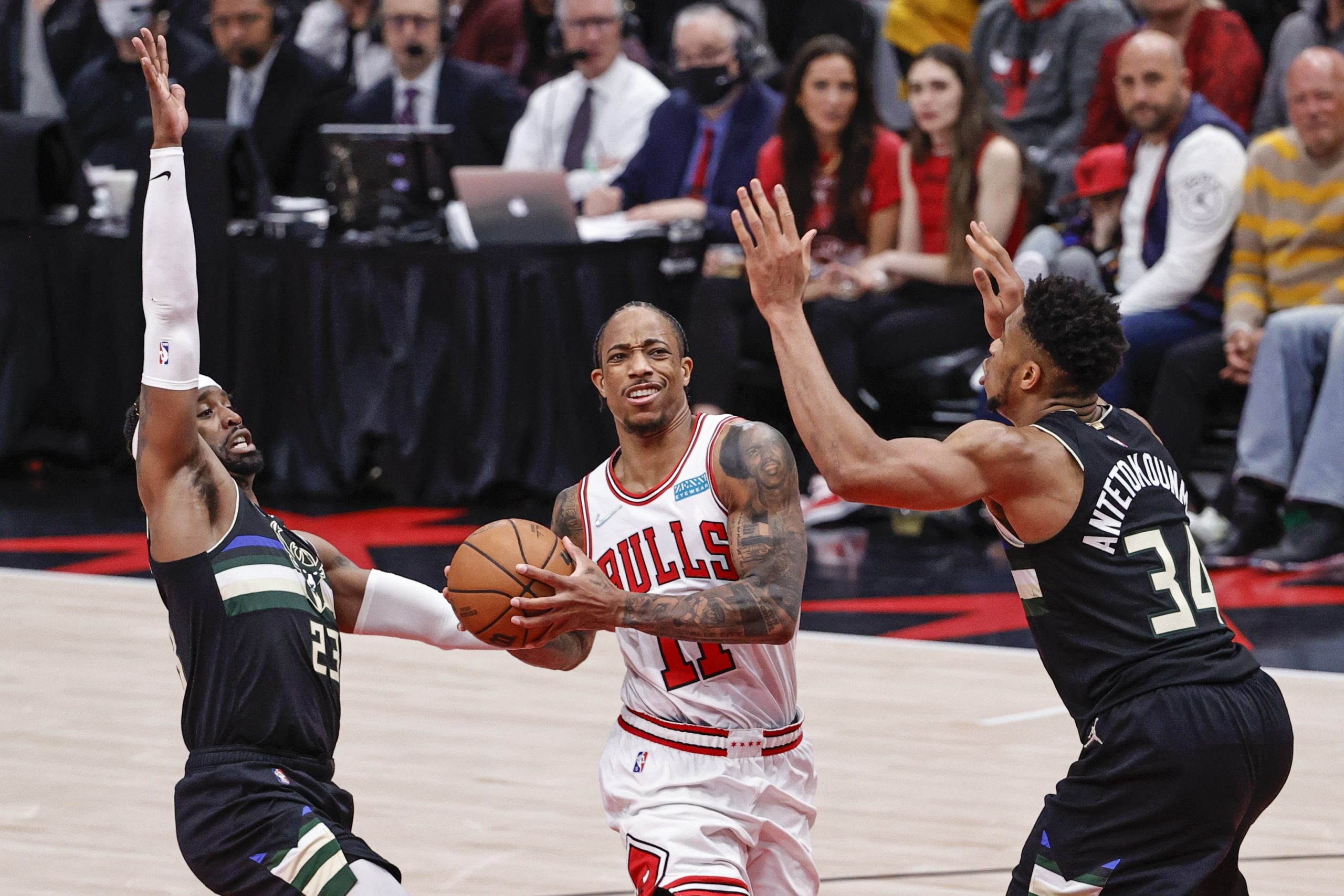 The Chicago Bulls suffered the biggest home playoff loss in franchise history in Game 3 against the Milwaukee Bucks. Now they will be keen to avoid dropping their second straight game in Chicago and going down 3-1. The Bucks, on the other hand, will be keen to get the Bulls out of the way and avoid any further injuries.

You can find our full coverage of the NBA playoffs here. But for now take a look at my Bucks-Bulls same game parlay below.

DeMar DeRozan of the Bulls has had a rollercoaster series. He was able to drop 41 points in Game 2, but that performance was sandwiched between a pair of lackluster outings. In the blowout loss in Game 3 he attempted just 9 field goals. That led to only 11 points for the Bulls superstar. Considering he attempted 25 shots in Game 1 and 31 in Game 2, the Bulls are going to need him to get back to that level of aggression if they are to have any chance of winning. In the regular season he had averaged 31.3 points against the Bucks. Now facing a potential 3-1 deficit, look for him to get back to being assertive.

With the injury to Khris Middleton, the Bucks have one less wing defender who they could match up against DeRozan. It will likely leave the combination of Jrue Holiday and Wesley Matthew to deal with him. With the Bulls star being most effective from mid-range, he can stop Giannis Antetokounmpo from impacting him as a help defender. Going up against the Bucks guards in one-on-one situations, DeRozan should be well positioned to have a big performance.

Be sure to check out our full Game 4 preview for Milwaukee Bucks vs Chicago Bulls.

Giannis Antetokounmpo has been able to record 9 assists in each of the last 2 games of this series. He could be set to go one better tonight. In Game 3 he came just short of double figures in just 28 minutes of action. A return to closer to 40 minutes of playing time in a more competitive game should set him up well to make 10 or more assists. With the injury to Middleton, look for the Bucks star to take more offensive responsibility. He is capable ball handler and is able to push the ball up the floor from rebounds. That should set him up well today.

It is well known around the league that that a way to impact Antetokounmpo offensively is to crowd the paint. The Bulls can do that with Patrick Williams and Nikola Vucevic. The Bucks can surround the former MVP with shooters, which puts him in a great position to dish the ball out and rack up assists. The hosts are just 11th in the postseason in opponent assists per game, with Antetokounmpo likely to grab his fair share today.