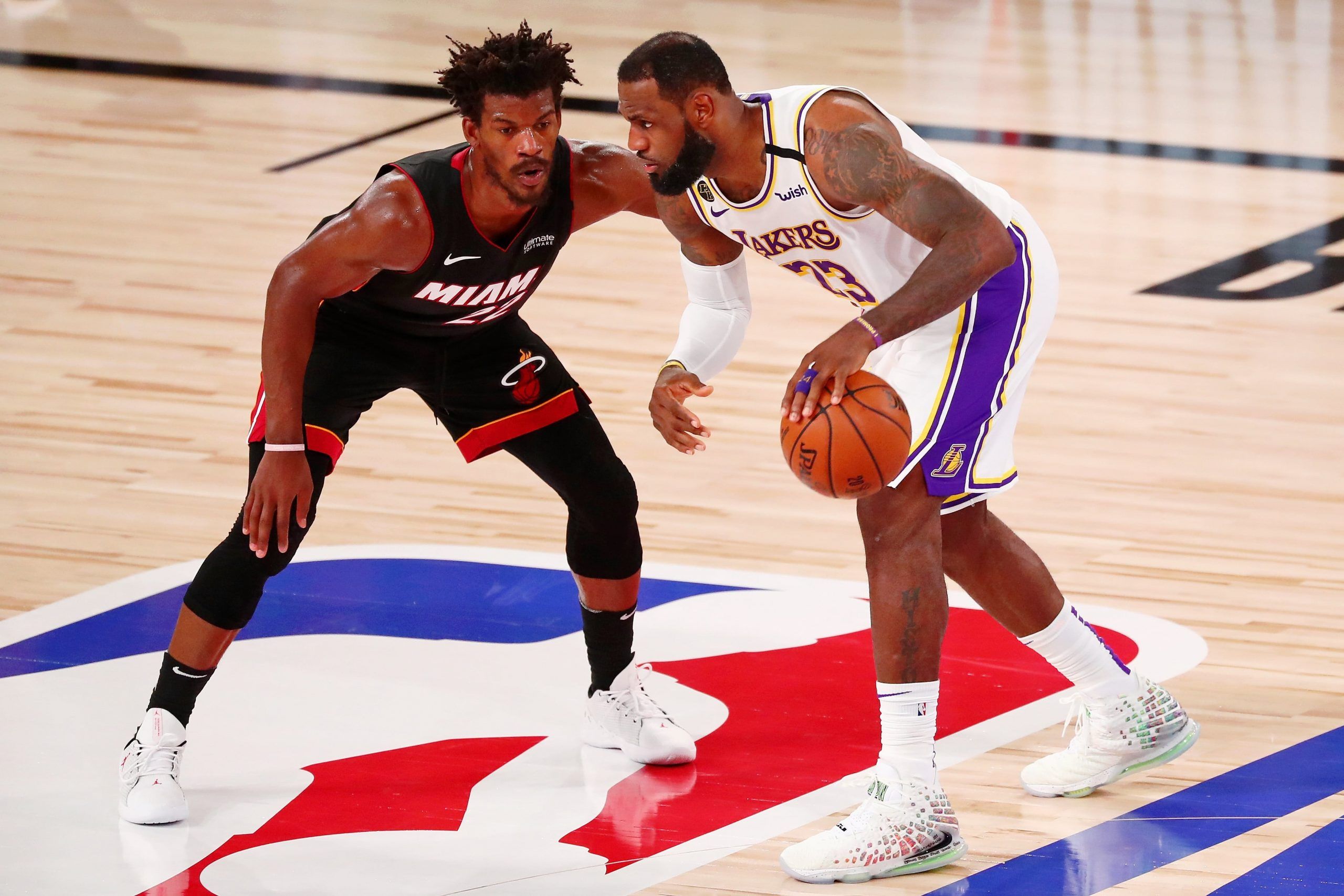 Since graduating from Davidson (The College That Stephen Curry Built), I have been writing about sports--just about any and all you can think of!--and coaching tennis in Atlanta, Ga. Beyond the four major sports, I am an avid tennis fan and cover the ATP Tour on a daily basis. If I'm not busy writing, you can generally find me on a tennis court or traveling the world wherever a sporting event takes me.
@Dimonator133
Updated: 1:57 AM ET October 06, 2020

LeBron James is must-see television. The Los Angeles Lakers are must-see television. Combine the two, and then put them in the NBA Finals, and what you will likely get is a ratings bonanza. Throw the Miami Heat—LeBron’s former team—into the mix and the pomp and circumstance surrounding the conclusion of this most unique NBA season is ratcheted up even another notch.

Where to watch the NBA Finals

Whereas TNT and ESPN have been sharing most of the broadcasting duties throughout these NBA playoffs, ABC is the network that will have this NBA series between the Lakers and Heat.

The Eastern Conference playoffs were expected to be dominated by the top-seeded Milwaukee Bucks. Should the Bucks falter (which they did), the Toronto Raptors were thought to be the only realistic contenders that would have a chance to capitalize on the opportunity. Instead, it was the upstart Heat who emerged from the scrum. And it certainly wasn’t a fluke. Miami kept on winning and winning, for the most part did so in convincing fashion. Head coach Erik Spoelstra’s squad swept the Indiana Pacers, upset Milwaukee in just five games, and then battled past the Celtics in six.

L.A.’s postseason record also stands at 12-3. LeBron and company opened with five-game defeats of the Portland Trail Blazers and Houston Rockets, recovering from Game 1 losses in both series. The Western Conference Finals were expected to be an all-Los Angeles showdown, but the Clippers were upset by the Denver Nuggets in the second round. The Lakers went on to take care of a red-hot but overmatched Denver team in five games.

The NBA Finals series odds have the Lakers as overwhelming -400 favorites. You can get the Heat, who have pretty much been counted out from start to finish in Orlando aside from a toss-up in the first round with Indiana, at +300.

Of course, if you are looking for riskier but potentially more lucrative plays when it comes to NBA playoffs betting, series exact score bets could be the way to go. And here they are:

The Lakers were always favored by six or seven points against Denver throughout the Western Conference Finals. Miami is getting a little bit more respect than that right now, opening as a +5 underdog in Game 1 on Wednesday. The Heat are +175 on the moneyline, while the Lakers are -215.

If you aren’t a fan of the relatively lopsided team odds for this NBA Finals series, a bet on the MVP may be more up your alley. Here are the NBA Finals MVP odds for the top six favorites:

If the Lakers take care of business, there are obviously only two ways this can go. It will be either LeBron or Anthony Davis. But if the Heat pull off a shocker, just about anyone could take home this individual honor. Even at -125, LeBron actually has decent value here. Davis would have to be a lot better in order to steal the MVP from his veteran teammate. After all, this is LeBron we are talking about. If L.A. triumphs, LeBron will get votes just for being LeBron. And that certainly isn’t to say that he wouldn’t deserve it. He will garner plenty of legitimate and well-deserved votes, too.

This marks LeBron’s ninth NBA Finals appearance in the last 10 years. A streak of eight in a row began in 2011, when he reached four straight with the Heat (winning two). Four more in succession came with the Cleveland Cavaliers (winning one and losing three, all against the Golden State Warriors).

Here are the last five NBA Finals winners and runner-ups:

In addition to the MVP odds, there will be plenty of individual player prop bets for ever game that will whet the appetite of bettors. Be sure to check out our NBA picks and predictions and NBA props pages for the game-by-game NBA picks throughout this series.

For now, however, it is time to focus on the big picture and make our NBA Finals predictions. Who will lift the Larry O’Brien Trophy and how many games will be required in order to do so?

There is no doubt that the Heat are a great story. They have busted just about everyone’s NBA playoff picks over the past three weeks. That being said, outside of Butler this is a very young team. It was expected to be at least a year away from title contention—and maybe more. Now the Heat are suddenly close to winning it all…but also far away at the same time.

The Lakers have been the best team in basketball basically this entire 2019-20 campaign. They went 52-19 in the regular season and probably could have matched or surpassed Milwaukee’s 56-17 record if they had felt like it. In the bubble they eased past Portland, embarrassed Houston, and for the most part had their way with the on-fire Nuggets. This is LeBron’s 10th appearance in the NBA Finals and he is bidding for his fourth title. No one on the Heat can compete with that kind of experience. It will also be brutally difficult for Miami to overcome the fact that Los Angeles has the two best players—by far—in this series. In a league traditionally dominated by superstars, that is an almost impossible task for a team that has plenty of very good players but no bona fide stars. It is also worth noting that the Heat go only six deep on the offensive end of the floor. That will make it difficult to score consistently against an opponent that led the Western Conference in scoring defense.

Although the value on the Lakers straight up isn’t especially great, getting them at +300 to win in exactly five or +325 to prevail in six is more enticing. Those two choices look like the best bets.