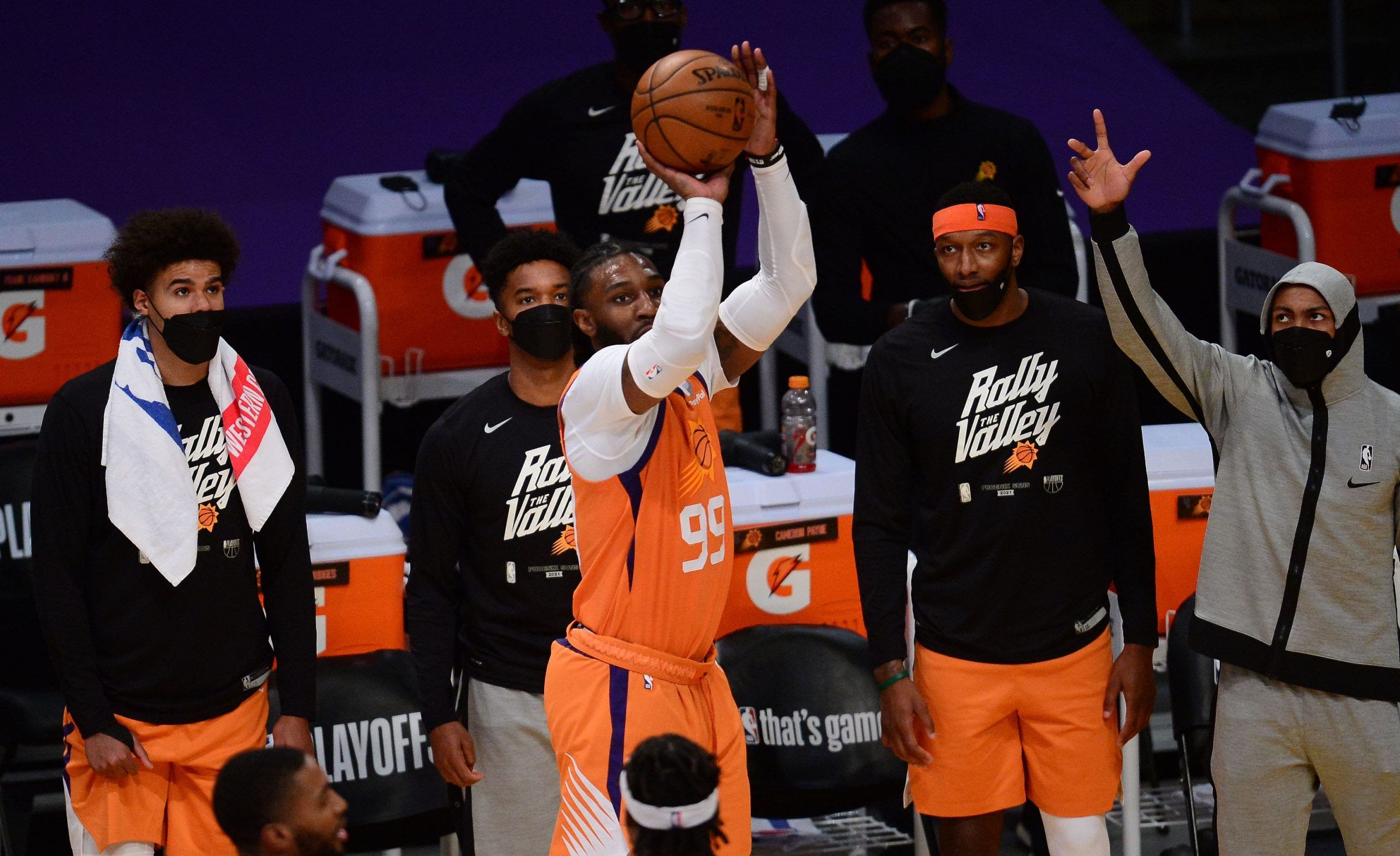 I'm an editor here at Pickswise who was raised in a household full of sports fanatics. Since I unfortunately never had LeBron James' jumping ability I wasn't able to make it to the NBA, and chose writing about sports as the next best thing. An avid sports bettor myself, I'm excited to get to write about the industry as it gets set to take off across the country. Buckle up.
Updated: 10:43 AM ET June 22, 2021

The NBA playoffs are officially in the home stretch, and it’s been hard to complain about the action we’ve seen so far. There have been plenty of thrills, and we have another pivotal game on Tuesday as the Los Angeles Clippers and Phoenix Suns continue their Western Conference Finals series. At Pickswise we have tons of great content for the playoffs, including same game parlays, mega parlays, and picks on the side and total for every single matchup. But right now we’re going to talk about one of my favorite props: first-basket bets. Let’s dive into my favorite play for Thursday, where we’re counting on Jae Crowder.

It seems pretty clear to me that the Suns are going to start with the ball here. Deandre Ayton competing for the tip against Marcus Morris is a mismatch, to say the least. Phoenix won the jump-ball in Game 1, and now Morris is actually dealing with an injury that may have him hobbled. We can count on the Suns getting the first possession again.

Devin Booker is +390 and Ayton is +490, and I don’t love either of those prices. Getting nearly 8/1 with Crowder makes a lot more sense. When you dig into it, he seems likelier than even Booker to score first.

One thing I’ve noticed that I don’t think oddsmakers have picked up on, is that the Suns often start their games by looking for Crowder on the perimeter. In fact, Crowder has now taken the team’s first shot in six of their 11 playoff games.

That’s no longer a tiny sample size, and it seems there’s a real pattern. In Game 1 he kicked things off by attempting a three-pointer. He missed it, but it’s clear oddsmakers aren’t accounting enough for this tendency.

Don’t forget to read our same game parlay for Clippers vs. Suns (+1470 odds!)