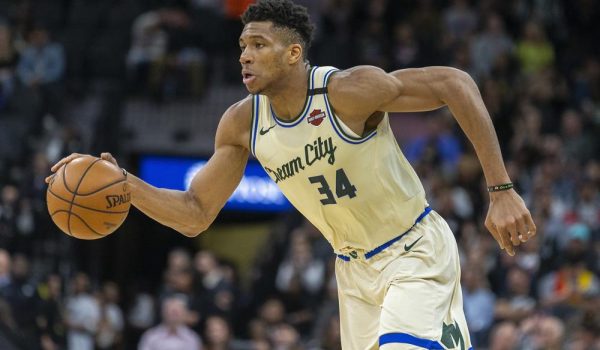 NBA Western Conference semi-final action gets started on Monday when the Denver Nuggets pay a visit to the Phoenix Suns. Denver is coming off an entertaining series with the Portland Trail Blazers, while Phoenix made mostly routine work of a banged-up Los Angeles Lakers squad following an early scare in that best-of-seven set.

In the Eastern Conference, meanwhile, the Brooklyn Nets will try to seize a 2-0 lead over the Milwaukee Bucks. James Harden, however, is out with an injury.

Let’s take a look at some intriguing first-basket bets for Monday’s postseason action on the professional hardwood.

Let’s break down the two prop plays one at a time.

Antetokounmpo is the favorite to score the first points of Game 2, but he still has good value at +420. Milwaukee center Brook Lopez won the opening tipoff in Saturday’s series opener, making it four consecutive contests in which Lopez has managed to do so. After losing in Game 1 of a first-round sweep over the Miami Heat, the former Stanford standout won it in each of the last three against Bam Adebayo. In each of these last four outings, Lopez has easily handed it off to Antetokounmpo.

The Greek Freak probably won’t take it himself right after controlling possession, but he will obviously be the Bucks’ first option in any half-court set. After PJ Tucker scored the first points of Game 1, Antetokounmpo delivered a dunk a little more than a minute into the contest. He pretty much had his way with the Nets, albeit in a losing effort, scoring 34 points on 16-for-24 shooting from the floor. Antetokounmpo knows Brooklyn does not have an answer for him down low with his team desperate to even the series he will want to make a statement right from the start.

We’ll go with more of a longshot in Monday’s nightcap, because at +800 Ayton also has intriguing value. This entire Denver-Phoenix series figures to competitive, and so too do the jump balls. Nuggets big man and soon-to-be NBA MVP Nikola Jokic mostly had his way with Portland’s Jusuf Nurkic in the circle, while Suns center Deandre Ayton was generally too big for Andre Drummond of the Lakers.

In the regular season, Ayton took two of three tipoffs against Jokic, both times dropping it off to point guard Chris Paul. I’ll take my chances with Ayton getting the job done, which would obviously improve the first-basket chances of everyone on his team … including himself! Jokic is much better offensively than on defense, and the Nuggets will have their attention on Paul and fellow guard Devin Booker on the perimeter. Look for Phoenix to establish Ayton down low early.

Why not sprinkle a few bucks on a parlay with both of these bets? It pays out more than +4500 odds at FanDuel. It’s the playoffs, so it’s time to go big or go home.