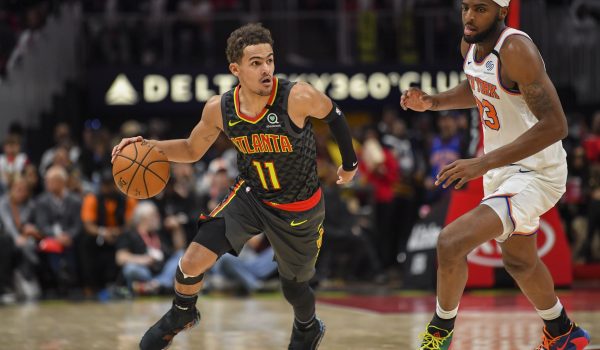 Both the Atlanta Hawks and Los Angeles Clippers are playing at home on Monday night and they need wins in the worst way in front of their home fans. They trail the Philadelphia 76ers and Utah Jazz, respectively, by series scores of 2-1. Right now, though, we are not concerned about the overall outcome of the series or even the games. Nope, here we are simply discussing the very first points. Let’s take a look at some intriguing first-basket bets for Monday’s postseason action on the professional hardwood.

The Hawks do not lead in the series, but they are ahead in controlling the opening tip-offs. Atlanta center Clint Capela has taken two of three from Philadelphia big man Joel Embiid. Although Embiid has the height advantage, he isn’t 100 percent due to a partially torn meniscus. That hasn’t been a factor in terms of preventing him from filling up the stat sheet, but he also isn’t going to anything stupid when it comes to something as inconsequential as the first jump ball.

Of course, for the purpose of this bet the tip is far from inconsequential. If the Hawks gain possession, you have to like Young’s value at +550 to score the first basket. He is well behind Embiid (+450) on the odds list and tied with Ben Simmons. He’s also not too far ahead of teammate Bogdan Bogdanovic (+700). Young attempted a three-pointer a little more than minute into Game 1 and he forked up another one on the first possession of Game 3. With Atlanta’s backs against the wall in the form of a 2-1 series deficit, the third-year All-Star out of Oklahoma will surely be taking matters into his own hands early and often.

You can be close to positive that Utah will possess the ball first on Monday. After all, seven-footer Rudy Gobert has won the tip from Marcus Morris on three consecutive occasions, easily dropping it off to teammate Royce O’Neale in all three games. The first-basket odds for Game 4 reflect as much. The Jazz have two guys at +500 or better (Gobert and Donovan Mitchell); the Clippers have no one better than +650 (Kawhi Leonard and Paul George). Still, there is good value on Ingles at +750.

To say Ingles has been getting involved early in this series would be a gross understatement. He scored the first points on the first possession in each of the first two games. In Saturday’s contest he drained a three-pointer less than a minute into the proceedings. You might as well stay on the Ingles bandwagon.

Why not sprinkle a few bucks on a parlay with both of these bets? It pays out more than +5000 odds at FanDuel. It’s the playoffs, so it’s time to go big or go home.