The play-in tournament has come and gone and now the real thing is here. It’s day two of the official NBA playoffs, when the defending champion Los Angeles Lakers will take the court. The Utah Jazz, seeded first in the Western Conference, are also in action. From start to finish we will offer plenty of useful content at Pickswise, including same game parlays, mega parlays, player pro bets, and everything in between. Right now we will take a look at some intriguing first-basket bets on Sunday.

Let’s break down each of the three prop plays one by one.

The Lakers are obviously favored to win the opening tipoff against Suns in Game 1 of their highly-anticipated first-round showdown. Davis and LeBron James are co-favorites for the first field goal at +500, and Andre Drummond (+750) has better odds than everyone on Phoenix other than Devin Booker (+600). L.A. has Drummond jumping after acquiring him at the trade deadline and he should have a good chance of giving his team first possession. Phoenix is not great at defending the paint, so look for the visitors to try go get Davis active down low early and often.

Capela does just about everything for the Hawks: score, play defense, rebound, block shots…. Another thing is tipping off, and the 6’10’’ center may be able to give his team possession right away. Although the Knicks are outstanding defensively, they are not dominant at defending the paint and they also yield a lot of assists. Look for the Atlanta to try to get the Capela-to-Trae Young connection going early. 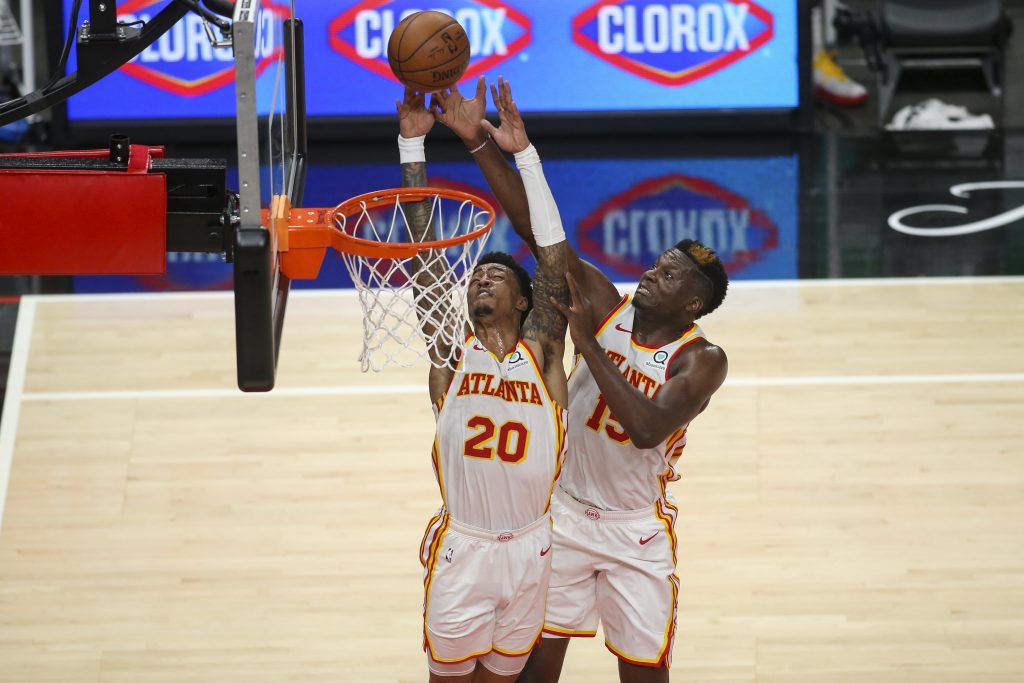 The Jazz always have a decent shot at winning the jump ball with 7’1’’ center Rudy Gobert being tasked with the opening festivities. If Utah snags possession, there is great value on Conley to find the basket before anyone else. Donovan Mitchell is back and will draw attention from the Grizzlies’ defense. That being sad, he has not played in more than a month and may take a while to get in the flow. Memphis will also have its hands full with Gobert down low. Things could open up for Conley early and often, so the veteran point guard may be a scorer rather than a facilitator—especially on the first possession or two.

Why not sprinkle a few bucks on a parlay with all three of these bets? It pays out at 431-to-1 odds at FanDuel. It’s the playoffs, so it’s time to go big or go home.