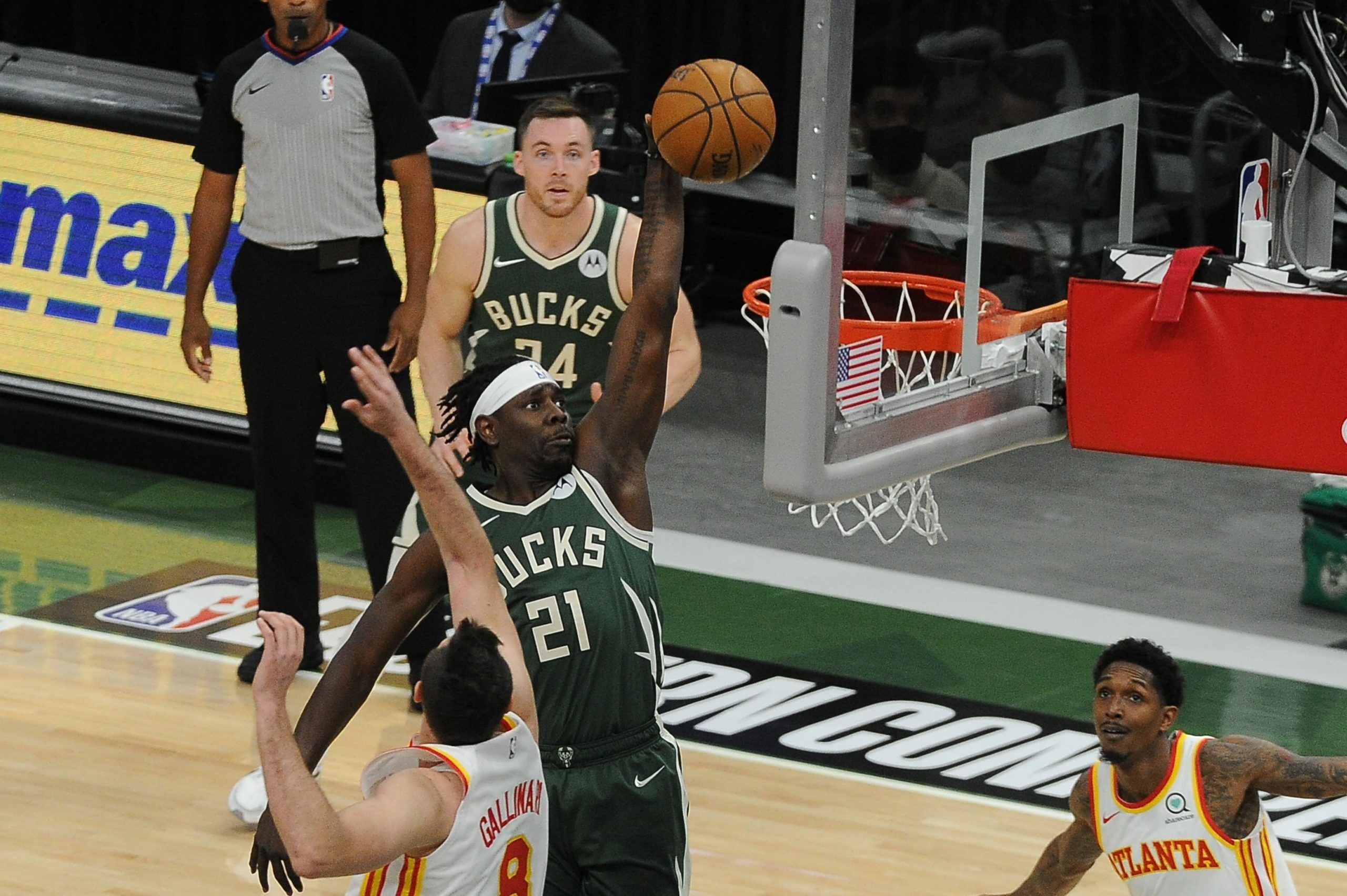 Since graduating from Davidson (The College That Stephen Curry Built), I have been writing about sports--just about any and all you can think of!--and coaching tennis in Atlanta, Ga. Beyond the four major sports, I am an avid tennis fan and cover the ATP Tour on a daily basis. If I'm not busy writing, you can generally find me on a tennis court or traveling the world wherever a sporting event takes me.
@Dimonator133
Updated: 11:56 AM ET June 25, 2021

The Atlanta Hawks have won yet another Game 1 on the road, first doing so against the New York Knicks and Philadelphia 76ers and then accomplishing the same feat at the Milwaukee Bucks’ expense when the Eastern Conference Finals tipped off on Wednesday. Needless to say, the pressure is on Milwaukee heading into Game 2 on Friday. The Bucks will be desperate for a home win to even the series, and they will certainly want to start fast in that effort.

On that note, let’s take a look at our best first-basket bets for Friday’s action on the professional hardwood.

About the only thing Holiday didn’t do in Game 1 was score the first basket. Well, that and lead the Bucks to a victory. Brook Lopez drained a three-pointer on the first possession of Wednesday’s contest, after which Holiday mostly shouldered the load for Milwaukee’s offense the rest of the way. He scored 33 points on 14-for-25 shooting, including a 5-for-12 effort from three-point land.

The Bucks obviously need a similar performance from Holiday to get back on track in this series, and he will want to establish himself from the start. You have to like the home team’s chances of getting the first possession again, too. Lopez took the opening tipoff from Clint Capela in Game 1 after winning it six times in seven games against Kevin Durant and the Brooklyn Nets during the conference semi-finals. At 7’0’’, Lopez has the height advantage over Capela. The Bucks’ big man is 4-0 in jump balls against the Hawks this season, including 3-0 at Capela’s expense.

It’s not like the Bucks are an absolute lock to win the tip, nor are they guaranteed to score even if they do get possession. The odds are wildly in their favor when it comes to the first basket (Giannis Antetokounmpo is a +370 favorite, Khris Middleton is +450, Holiday is +550, and nobody on the Hawks is better than +750). That actually gives just about everyone on the Hawks enticing value — including Capela at +1300 (the longest shot on Atlanta and the second-longest in the game, ahead of only Milwaukee’s PJ Tucker).

The Bucks had no answer for Capela down low, as he grabbed 19 rebounds to go along with 12 points on efficient 6-for-9 shooting. With Trae Young surely commanding all kinds of attention following his 48-point performance, the Hawks will likely give Capela more looks down low. Capela scored the go-ahead basket late in Game 1 and could score the first one in Game 2.