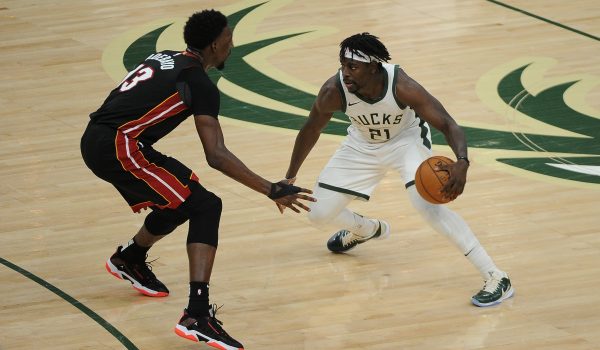 After their 86-83 triumph, the Milwaukee Bucks are right back in the series against the Brooklyn Nets. However, pressure is on them to tie things up as the series is pretty much over if they go down 3-1 before going back to Brooklyn.

Game 4 tips off early today, you can catch it live on ABC at 3pm ET. Continue reading below to see what picks we have gone with in our same game parlay.

Also, we have predictions on the side and total for Game 4 of the Phoenix Suns vs. Denver Nuggets series as well. Let’s focus on the Nets and Bucks for now though.

As much of a must-win game that Thursday’s encounter was, Game 4 is no different as the Bucks are desperate to even things up with the series moving back to Brooklyn for Game 5. Khris Middleton and and Giannis Antetokounmpo had 35 and 33 points in that Game 3 win, those two will have to put in big performances yet again if the Bucks want to beat the Nets again. Milwaukee has now beaten the Nets three times at home this season and has won 11 games in a row at the Fiserv Forum.

Be sure to check out our full game preview for Brooklyn Nets vs. Milwaukee Bucks.

Middleton has been a rebounding machine. He has had Over 7.5 rebounds in four of his last five games. During that stretch he has averaged 10.4 rebounds per game which is more than four rebounds over his regular season average. One thing that’s certain is Middleton’s dedication on the boards – even when his shot isn’t falling like in Games 1 & 2 when he scored 13 and 17 points, he still had a productive couple of games on the boards averaging nine in those two games. The Nets and Bucks combined for just 169 points in Game 3, if we see a similar score tonight, there will be plenty of opportunities to get over his total again.

It’s been a while since we saw a dominant Kyrie Irving performance on the offensive end for the Brooklyn Nets. In his last four outings he has scored 25, 25, 22 and 22 points. Every other NBA player would be happy with those numbers, but they are sup-bar for a player of his caliber. The injury to James Harden has influenced him, he has focused more on distributing the ball, but also the Bucks defense has one problem less to think about. Jrue Holiday has done a solid job on Kyrie holding him to below 41 percent shooting from the field and just 25 percent from three in Game 3. Holiday is an elite defender, Irving will work hard to every basket he makes tonight, he might run out of gas at this point in the season.

Speaking of Holiday, he has also struggled on the offensive end for the Bucks, but unlike Irving he finds other ways to impact the game. For instance, he shot only 28 percent from the field in Game 3 and scored nine points but got a lot of praise for his defense played on Kyrie in the 46 minutes he spent on the floor. He’s averaging just 14.3 points this offseason and has gone Over 19.5 points just once, way back in the series opener against the Miami Heat. As we saw in the first three games of this series, his main objective is slowing down Kyrie as the Bucks rely mostly on Giannis and Middleton for scoring.