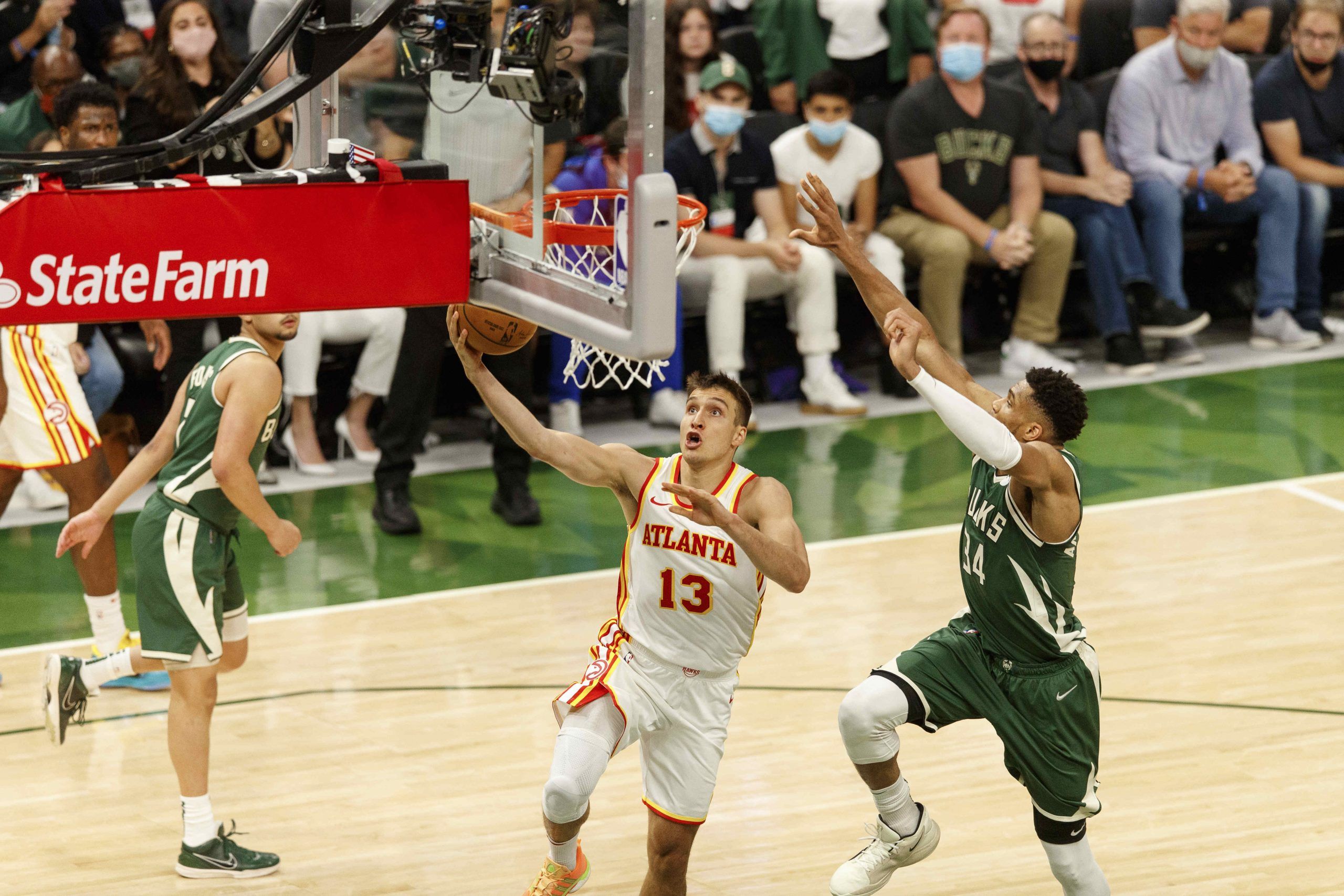 Long time NBA fan, have been following the game closely for 21 years now. Joining the Pickswise writing staff for the 2020-21 season. Hopefully we can make some money together! Oh, and I firmly believe Lebron James is not one of the two best basketball players of all time. Yeah, I said it.
Updated: 6:12 AM ET July 01, 2021

It’s a pivotal game between the Atlanta Hawks and Milwaukee Bucks as both teams look to take a 3-2 advantage in their NBA Playoffs Eastern Conference Finals series.

You can watch Game 5 live on TNT at 8.30pm on Thursday, and to add to the drama we’ve come up with a same game parlay at over 12/1 odds with FanDuel Sportsbook.

The Hawks were up against the wall going into Tuesday, as they trailed the series 2-1 and Young was ruled out. However, they pulled off an improbable 110-88 victory. It cannot be forgotten that Atlanta was already leading by double-digits even before Antetokounmpo went down. Milwaukee was just awful in Game 4; it was getting manhandled even though the Hawks were without their best player. Even with the Greek Freak, the Bucks do not inspire any confidence. Without him (which will likely be the case on Thursday), there is even less to like.

Read our full game preview for Game 5 of Atlanta Hawks vs. Milwaukee Bucks

Huerter has come up big three times in this series already for the Hawks, scoring in double digits. With Young most likely sitting this one out, his role might get even bigger in Game 5. There’s been just one game in these playoffs in which he didn’t drain a shot from distance — currently he averages 5.1 attempts per game and that is likely to go up on Thursday. In Game 3 he went 3-for-7 and if the Hawks want to get a road win here they will need their role players to come up big.

With the absence of Giannis Antetokounmpo looming over the team for Game 5, Milwaukee’s chances of advancing could get a lot slimmer if he doesn’t play. When your 30+ point per game scorer goes out, it’s expected that the stats of other players will go up. There’s really good value in backing Lopez to get at least two shots made from three-point land. He has been decent in shooting from distance this postseason run. He has made two or more threes in four of his last eight games and right now he is attempting 3.3 in the series against the Hawks – a number that will likely go up as the Bucks offense tends to rely on jump shots whenever the Greek Freak isn’t playing. All he has to do is make two of them, which is doable.

Read our reaction to Game 6 of Phoenix Suns vs. Los Angeles Clippers, where the Suns booked their spot in the NBA Finals.