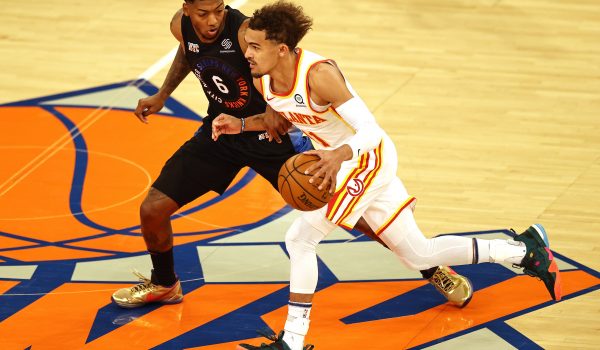 We have three teams trying to close out their first-round series and a pivotal Game 5 in Wednesday’s NBA Playoffs action!

Our same game parlay focuses on Atlanta’s game against New York, as the Knicks try to stay alive in front of their own fans at Madison Square Garden. You can catch that game live on TNT at 7.30pm ET.

We also have predictions on the side and total for each of tonight’s matchups, and our experts have been in phenomenal form all throughout the postseason, boasting a 40-22 record! But for now, let’s focus on our best same game parlay for Hawks vs. Knicks.

This series was supposed to be very close but Atlanta is just one game away from advancing. The Hawks took both games at home, covering easily as they won both by double-digits. Trae Young continued an impressive run of strong play, staying within himself and using his teammates. He did not shoot it great on Sunday but the Hawks scored more points than they had in a game all series. In these playoffs, favorites have been great at -5 or less including three wins in the first four games of this series. The lone outlier was the Hawks winning as small underdogs in the series opener in New York. I think we see something similar in this game.

Be sure to check out our full game preview for Atlanta Hawks vs. New York Knicks.

Young has been absolutely killing it in this series, despite getting abused and spat on by the New York Knicks fans in the two games at Madison Square Garden. His averages over the four games so far are 27.5 points per game and 10 assists per game while shooting 47 percent from the field and a staggering 95 percent from the free-throw line. He has played better on the road than at home, in the first game at MSG he dropped a cool 32 points and followed it up with 30 in Game 2. He will be the key for Atlanta tonight if they want to close out the series and move on here.

Rose’s role has expanded greatly in this series, and the Knicks simply cannot rely on the inexperienced R.J. Barrett and Immanuel Quickley. Rose has averaged 37 minutes so far in the series and has started ever since halftime of Game 2. Tom Thibodeau has a lot of faith in his veteran leader and he has played well. In the Game 4 loss, he had six assists and with him being the starting playmaker tonight, I expect him to share the ball early and get everyone involved as that’s the only way the Knicks will stand a chance in this game.

Bogdanovic has been great for Atlanta in this series so far. Arguably their second most important player behind Young, the Serbian sharpshooter has averaged 15.8 points per game in four starts so far. He’s averaged 3.3 makes from distance on an impressive 8.8 attempts per game. So we can definitely expect him to get his portion of shots tonight, all he has to do is make four of them which he has done already twice in this series. His shooting percentage is 37 percent from distance, but that’s down only because he went 2-for-13 in the Game 2 loss. If we disregard that game he is shooting 50 percent from distance.