We are tipping off the week with an eight-game slate in the NBA on Monday, highlighted by a double-header on ESPN. It begins with this showdown between the Golden State Warriors and Boston Celtics before the Denver Nuggets visit the Los Angeles Lakers. Let’s take a look at the best same game parlay option for Warriors-Pelicans, and be sure to also check out our full game preview for picks on the side and total.

Part of the value in same game parlays, of course, is that all of its components can be correlated if you so choose. That is some of the plan here, as another productive performance by Stephen Curry would obviously go a long way toward a Golden State victory. At the same time, plays that aren’t correlated drive up the overall payout of the parlay. That is the case with tipping Brandon Ingram to score his fair share of points. But even if Ingram does that, there is no reason why the Warriors can’t take care of business.

The Warriors are coming off a convincing win on Saturday, when they destroyed the Rockets 113-87 behind Curry’s 30 points and five assists. Andrew Wiggins added 20 points, and when they get that kind of production from the former No. 1 overall pick they are a legitimate playoff team. The Warriors are 6-4 over their last 10 games and just a half game back of Memphis for the seventh seed in the Western Conference, so they will once again be playing with plenty of urgency. As for the Pelicans, they are well outside of the playoff cut line and a lot of that has to do with the fact that they play little defense. That’s especially bad news when you are facing Curry and company.

All signs point to Golden State dishing out a ton of assists as whole on Monday, and Curry should be a part of that party. The Dubs lead the entire NBA in assists per game (27.5), while the Pelicans are 25th in the league in assists allowed and 22nd in opponents’ assists per field goal made. New Orleans just watched Minnesota assist on a ridiculous 35 of 48 successful shots this past weekend. Curry is averaging 6.5 apg over the past two games and the only two times since April 17 that he has recorded fewer than four assists have come during blowouts in which he saw little to no playing time in the fourth quarter.

You can expect this game to be played at top-notch speed, which naturally leads to inflated totals in every statistical category—points, assists, rebounds, steals, you name it…. Golden State is third in the NBA in pace of play and New Orleans is 10th. Ingram has scored at least 24 points in five of the last seven contests and throughout the month of April he averaged 25.6 ppg. The former Duke standout went for only 14 points on Saturday, but it should be noted that he almost always bounces back from subpar showings in big ways. 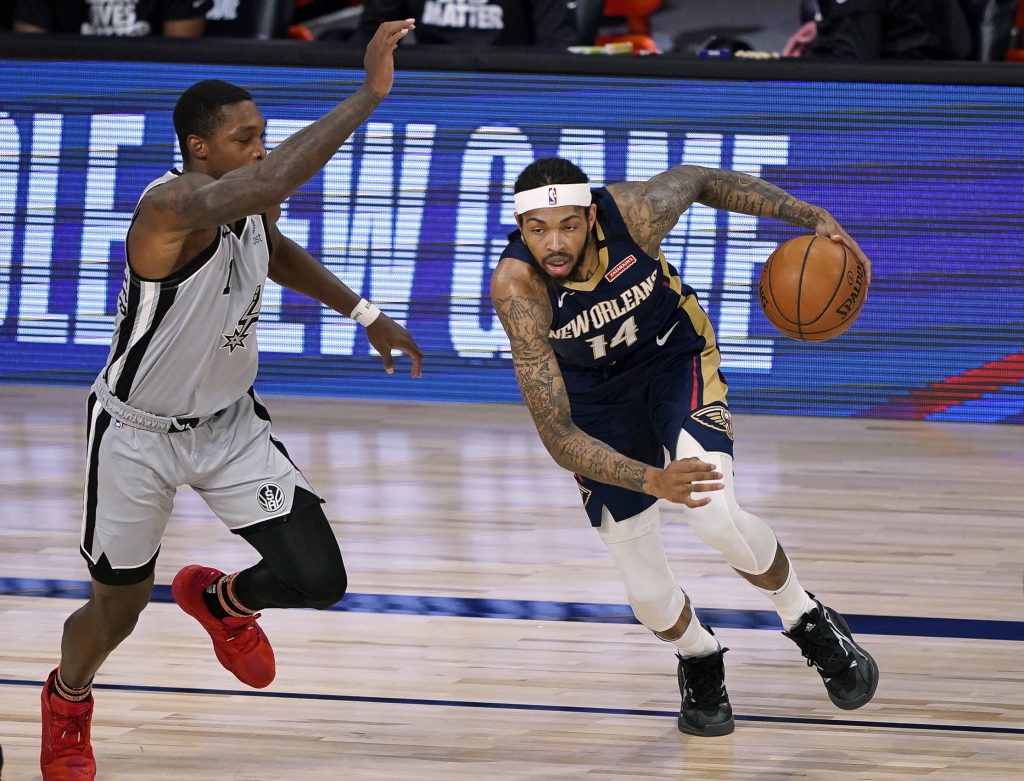 All signs point to Williamson grabbing a lot of rebounds in this one. More possessions mean more shots, more misses, and more boards. Additionally, the Pelicans are leading the association in total rebounding and the Warriors are second-to-last. Golden State has lost James Wiseman for the season, too, which is a big blow down low. Williamson has recorded at least eight rebounds in each of the last two games and he even corralled 14 against San Antonio in late April.

NBA 1h ago
Best sportsbook promotions and odds boosts for Tuesday, May 18, as the NBA Play-in Tournament gets underway