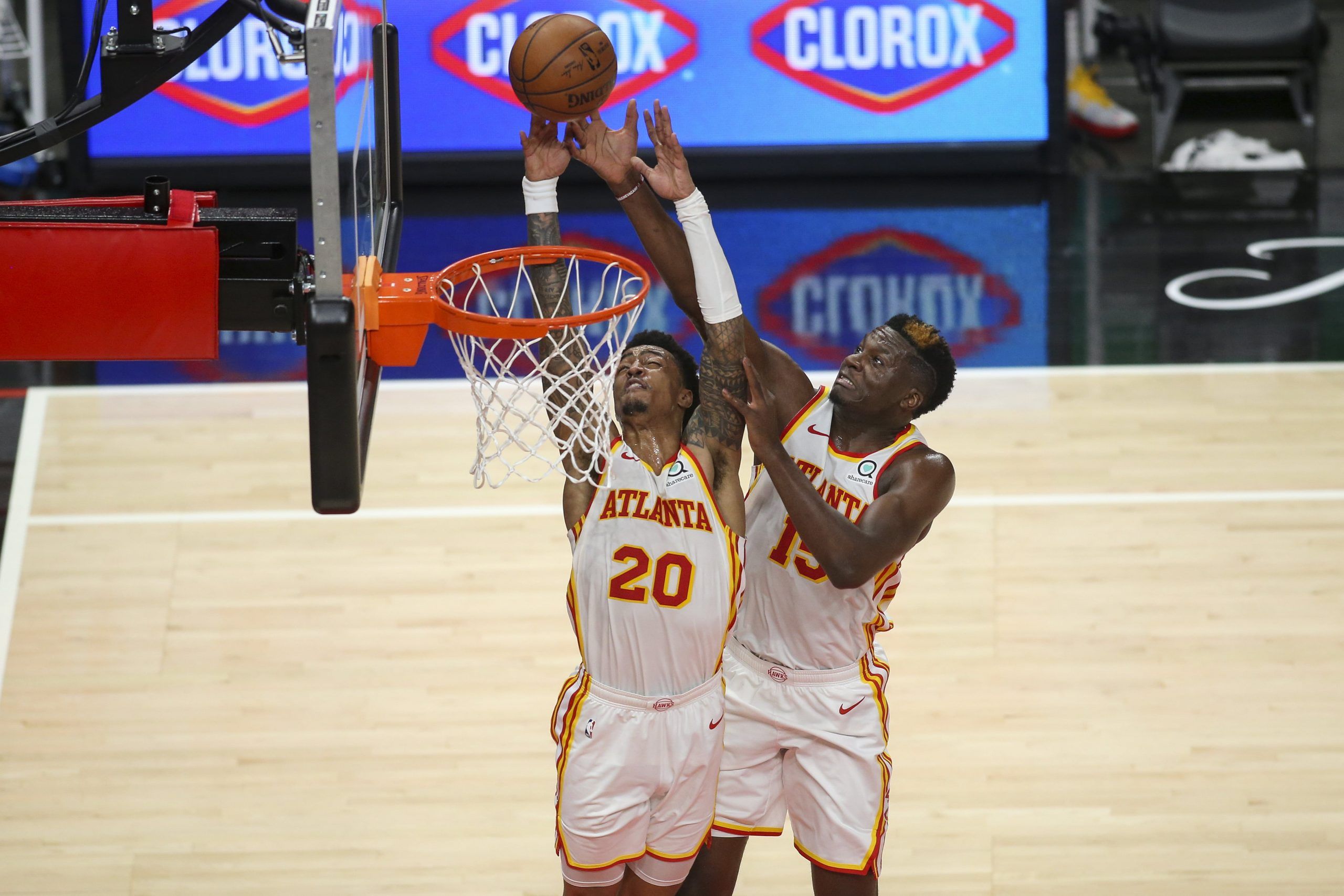 Since graduating from Davidson (The College That Stephen Curry Built), I have been writing about sports--just about any and all you can think of!--and coaching tennis in Atlanta, Ga. Beyond the four major sports, I am an avid tennis fan and cover the ATP Tour on a daily basis. If I'm not busy writing, you can generally find me on a tennis court or traveling the world wherever a sporting event takes me.
@Dimonator133
Updated: 12:35 PM ET June 29, 2021

The Milwaukee Bucks have wrested control of the Eastern Conference Finals from the Atlanta Hawks. Since dropping Game 1 at home, Milwaukee has won each of the last two contests heading into Game 4 on Tuesday. Let’s take a look at the best same game parlay option for Hawks-Bucks, and be sure to also check out our full game preview for picks on the side and total.

Part of the value in same game parlays, of course, is that all of its components can be correlated if you so choose. That is some of the plan here, as another productive performance by Khris Middleton would obviously go a long way toward a Milwaukee win and cover. At the same time, plays that aren’t correlated drive up the overall payout of the parlay. That is the case with betting on John Collins to score his fair share of points. But even if Collins does, the Bucks should still be able to pick up a resounding victory.

Milwaukee is up 2-1 in the series after a dramatic Game 3 win. Early on it looked like the Bucks were going to get run off the floor in Atlanta, but once they tied up the game by halftime it was hard not to like their chances. In the fourth quarter, forward Khris Middleton found the range—at one point making four straight three-pointers and propelling Milwaukee to a lead it would never relinquish. Adding insult to injury, or vice versa, Trae Young is questionable for the Hawks after sustaining a foot injury on Sunday when he accidentally stepped on a referee’s ill-placed foot. Young probably isn’t 100 percent, and even if he is the Bucks can win this by double-digits. Giannis Antetokounmpo is getting pretty much any shot he wants in the paint; Atlanta has been unable to do anything about it. Milwaukee has the momentum and will likely keep it.

Middleton would have cashed this same bet in the fourth quarter alone during Game 3. He should not have much trouble making it a winner over the course of the entire night on Tuesday. The veteran power forward is one of the streakiest shooters in the NBA; when he is hot, he is scorching; when he is cold, he cannot throw it in the ocean. Needless to say, right now Middleton is hot. But the thing about this matchup is that the Hawks still have to put a ton of bodies down low in an effort to contain Antetokounmpo. They can’t give up layups and dunks like they have been. They have to continue to let Middleton shoot from the outside and just say “too good” if he keeps converting.

You have to think Young will play, but he is unlikely to be at full strength. Either way, other Atlanta players will have to pick up the slack—with Collins being the most obvious and important candidate. The former Wake Forest standout is shooting 22-of-33 from the floor during this series, an extremely efficient mark. With a little more volume (which he is surely going to get now that Young is hobbled), that will translate into more points. Collins is already averaging 15.7 ppg through three games, so this number should be considerably higher than it is.