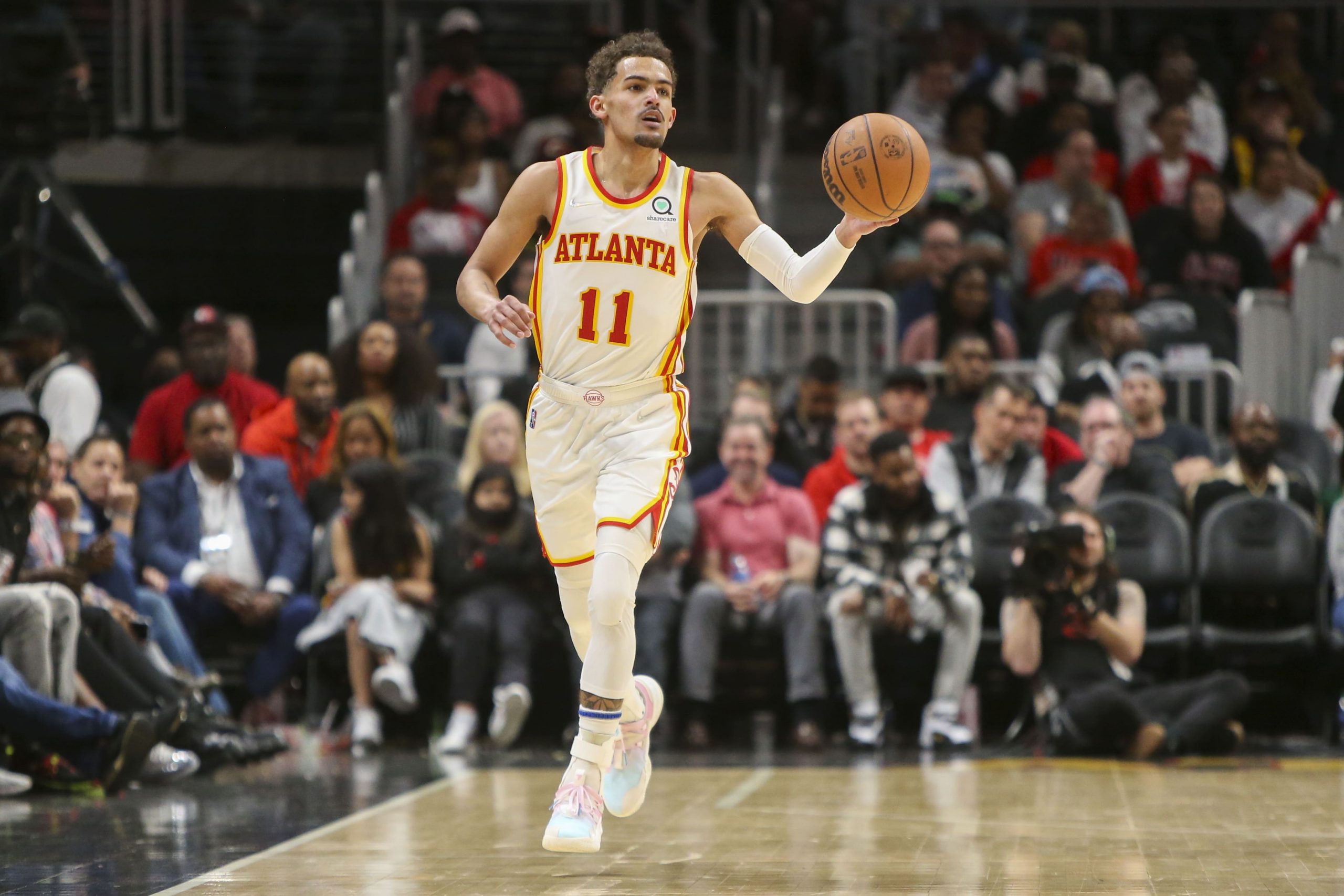 We have been absolutely on fire with our NBA picks over the past couple of weeks, including  same game parlay winners, mega parlays, standard parlays, and more.

Now let’s keep it rolling into the weekend, when there are 5 games being played on Saturday. The action is headlined by this showdown on NBA TV between Brooklyn and Atlanta. Here is a look at the best same game parlay option, and also be sure to check out our full game preview for picks on the side and total.

Part of the value in same game parlays, of course, is that all of its components can be correlated if you so choose. That is some of the plan here, as Trae Young pouring in points would obviously work well with an Atlanta win and cover. At the same time, plays that aren’t correlated drive up the overall payout of the parlay. That is the case with backing Brooklyn point guard Kyrie Irving to drain a quartet of threes, but even if he does that there is no reason why the Hawks can’t take care of business. Let’s break down each of the three legs one by one.

When the season started, not many would have predicted that the Nets and Hawks would have the exact same record in April. If and if people were told that those teams would have the same record, it would probably be assumed that they were battling it out near the top of the Eastern Conference. Instead, the Nets and Hawks are both 40-37 and scrambling for Play-In Tournament positioning. Each club has clinched a top-10 spot, but being in the 7-8 game instead of the 9-10 game is a huge difference and therefore there is a lot on the line in this showdown. The Hawks have won and covered in 4 consecutive contests, so they are carrying a lot of momentum and also have home-court advantage. Even though Kyrie Irving can play in every game now, the Nets have not really found a consistent stride. An overtime loss to Milwaukee earlier this week was costly and there could be a bit of a hangover effect. Atlanta has got hot at the right time and should be able to keep its winning streak going.

Trae Young is scorching hot, averaging 30 points and 11 assists over his last 10 games. In fact, he leads the NBA in both total points and total assists (not average). The Oklahoma product has scored 40 and 31 points in the last 2 games and since March 13 he also has totals of 47, 46, 45, and 33 points. Both the Hawks and Nets have been running up and down the court of late. Atlanta has exceeded the 130-point mark in 3 straight outings. Brooklyn beat Detroit 130-123 on Tuesday and lost at Memphis 132-120 last Wednesday. There should be plenty of points to go around today, and Young will likely be a big part of that.

Irving can also be expected to contribute to the points party. Although his totals have been modest this week, since March 8 he has outbursts of 50, 60, and 43. His 3-point efforts have not cooled off. The former Duke standout has drained 4 triples in each of the last 2 games and he has reached (or vastly exceeded) this quota in 6 of the last 8. Getting him this far into plus money to sink 4 more is an absolute steal.