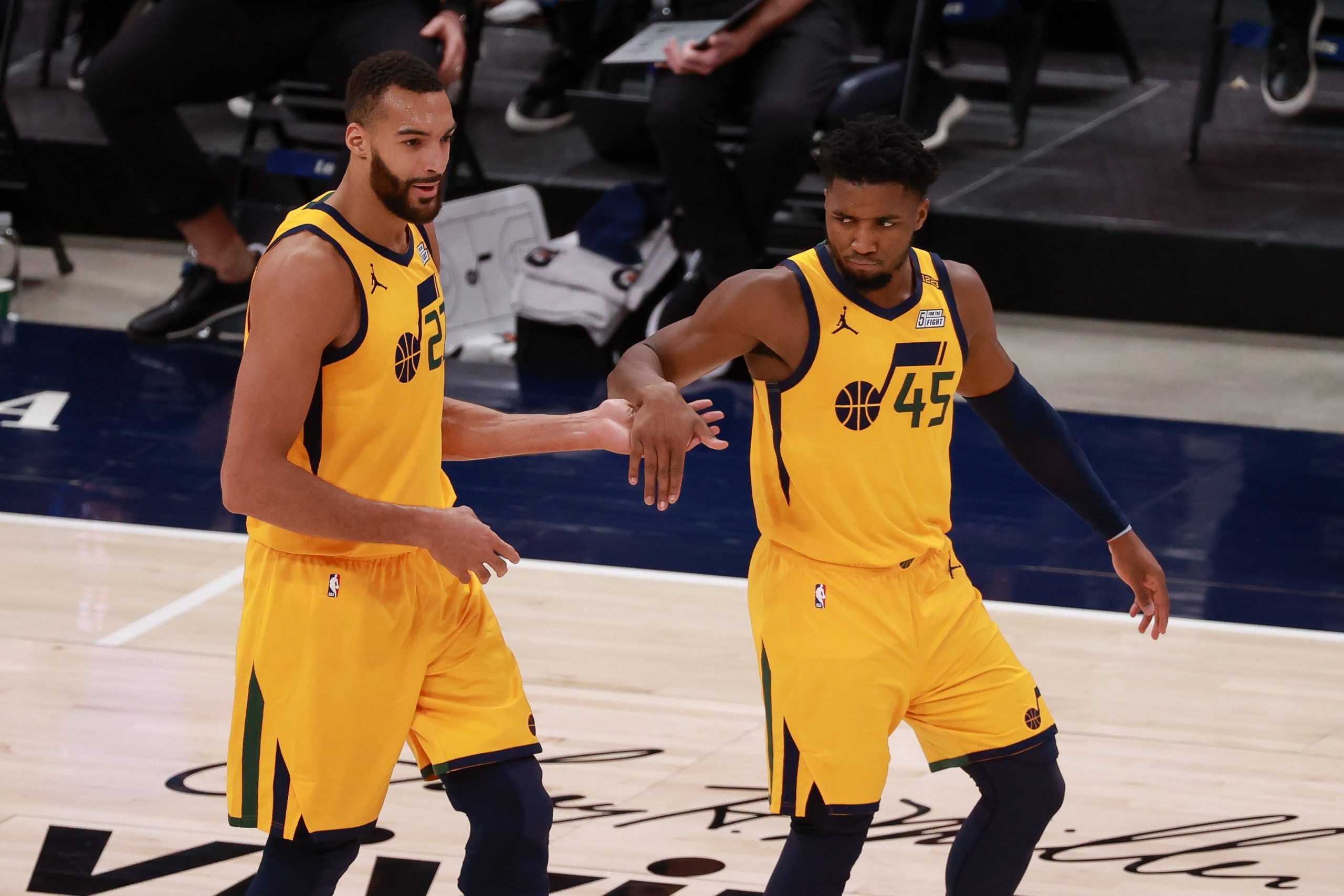 For the second night in a row, we have a nine-game slate in the NBA on Wednesday. It is headlined by a double-header on ESPN, beginning with the Golden State Warriors vs. the Indiana Pacers and ending with this showdown between the Los Angeles Lakers and Utah Jazz. Both contests are getting the same game parlay treatment they deserve. Let’s take a look at the best such option for Lakers-Jazz, and be sure to check out our full game preview for picks on the side and total.

Part of the value in same game parlays, of course, is that all of its components can be correlated if you so choose. That is some of the plan here. We feel good about Utah’s chances to take care of business, and keeping Kyle Kuzma in check would obviously go a long way in that effort. Rudy Gobert controlling the glass would do the same. At the same time, plays that aren’t correlated drive up the overall payout of the parlay. That’s the case with an over play on LeBron James’ points, but even if LeBron does score his fair share there is no reason why the Jazz can’t be successful.

At first glance it seems preposterous that the defending champion Lakers could be nine-point underdogs against anyone. A closer examination at tonight’s matchup between the Lakers and the Jazz suggests that even a double-digit spread would be reasonable. Utah is that good. Without Anthony Davis, the Lakers simply do not have anyone other than LeBron who can contend with the Jazz, who are the best rebounding team in basketball. Aside from their best player and the NBA MVP favorite, the Lakers are especially struggling on the offensive end. It’s hard to see them scoring enough to keep this within single digits.

Speaking of rebounds, Gobert should be in line for another lofty total. In nine of the last 10 games, Utah’s star big man has corralled at least 12 boards—including one performance with 20 and three others with at least 15. It really would not take that big of an effort to get to 14 at the expense of a Los Angeles squad that has been struggling on the glass without Davis. Over the past three games, the Lakers are third-to-last in the association in rebounding.

Kuzma has been doing most of his damage from the perimeter, and that is not a good recipe for success against the Jazz. Of course, scoring down low also isn’t exactly easy against them—not with Gobert manning the paint. But Utah is especially stingy when it comes to guarding the three-point line. Head coach Quin Snyder’s club ranks first in the league in opponents’ three-pointers made and third in opponents’ three-point percentage. Kuzma, who is averaging only 11.5 ppg this season, has forked up 22 three-balls over the past two contests. He averaged just 11.0 ppg in two outings against Utah during the 2019-20 campaign.

L.A. has to get points from somewhere, and that source will likely be LeBron. He has reached the 30-point mark in three of the past four outings. The 36-year-old hasn’t seemed to thrilled about concerns that he is playing too much, so he will be eager to make a statement on Wednesday—especially against a caliber of defense like the Jazz. It is worth noting that the Lakers haven’t played a back-to-back situation since Jan. 27-28, so LeBron should be just fine from a physical standpoint.