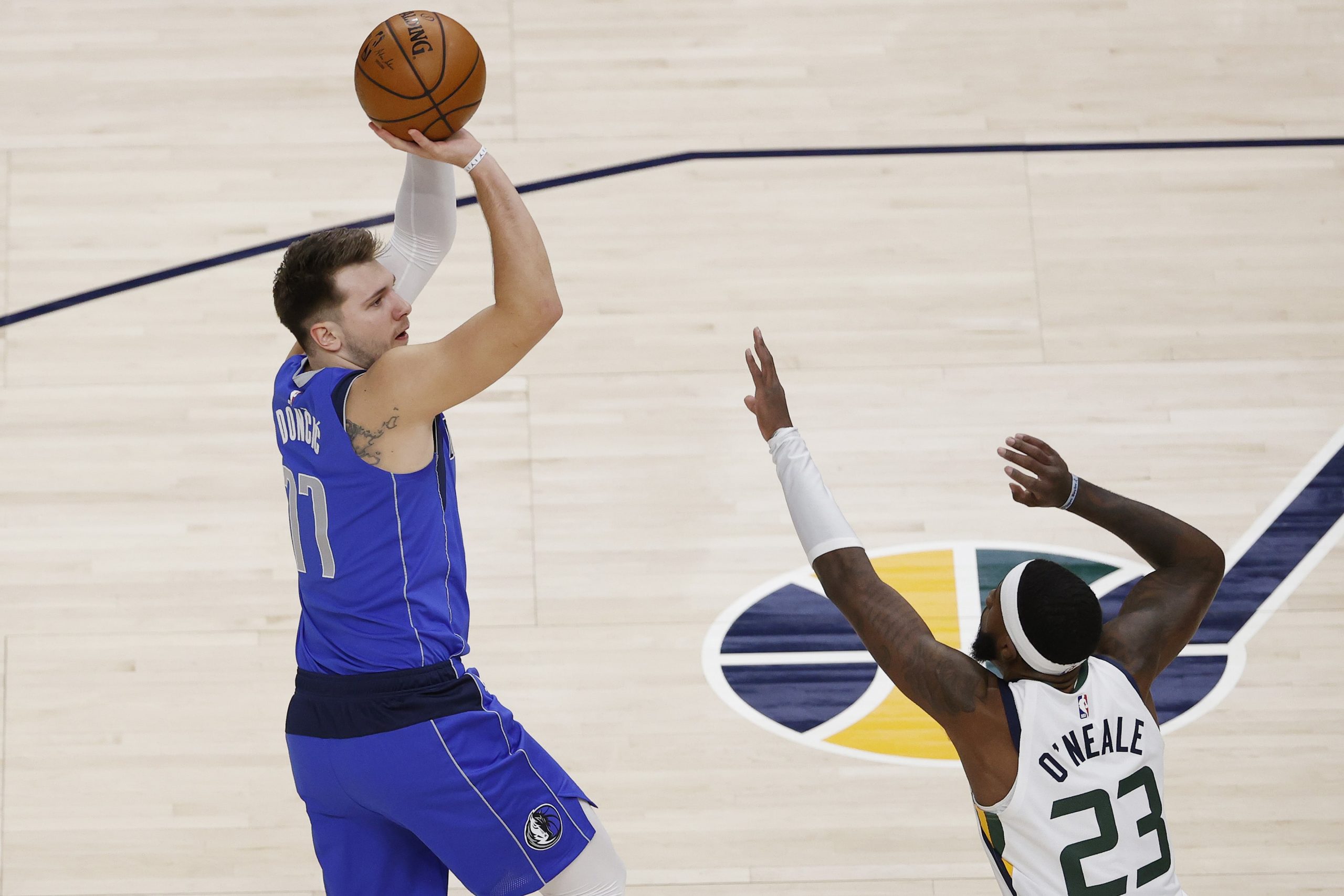 A Friday night double-header on ESPN concludes with the red-hot Utah Jazz hosting the Dallas Mavericks. The Jazz have won an incredible 10 straight games since beginning the season 4-4. Although the Mavericks are struggling at 8-10, they can never be discounted with Luka Doncic on the floor. Utah-Dallas obviously deserves same game parlay treatment as one of the marquee matchups on Friday’s 10-game NBA slate. Let’s take a look at the best such option for this showdown, and be sure to check out our full preview of the game for picks on the side and total.

Kristaps Porzingis Under 2.5 three-pointers made (-154)

Part of the value in same game parlays, of course, is that all of its components can be correlated if you so choose. But that isn’t really the plan here. We feel good about Utah’s chances of extending its winning streak and doing so by putting up a lot of points. Doncic scoring his fair share of points correlates nicely with an over play, while Porzingis being contained works well with a prediction of a Jazz double-digit victory.

You can’t bet against the Jazz right now. After all, in addition to winning 10 games in a row they have also covered all 10. They have covered half of those by double-digits, too. Utah just beat Dallas 116-104 on Wednesday, so nothing suggests that it can’t pull off another double-digit victory here. Donovan Mitchell and Rudy Gobert are on a roll, to the extent that they may be too much for Doncic and Kristaps Porzingis to handle. The Jazz also boast superior depth to that of the Mavericks, too. The Mavs have slumped to 8-10 on the season, so this is a tale of two teams going in different directions.

The Jazz have been streaky on totals, but that is not necessarily a bad thing when it comes to making an over bet—especially for a team that is sometimes heavy on unders. And when the Jazz do go over, they generally fly over it with ease. Thanks mostly to Mitchell, this squad can score in bunches. Prior to Wednesday’s under against Dallas (which stayed under by just half a point), Utah had played four consecutive overs and three went over by at least 10 points. The Jazz are averaging 113.1 points per game, good for fourth-most in the Western Conference. A whopping six different players are scoring in double-figures, including Mitchell at 23.4 ppg.

Having lost three in a row and six of their last eight, the Mavericks are in desperate need of some success. It may not come against an opponent like Utah, but you can be sure Doncic is going to try. He will likely take matters into his own hands, perhaps on the way to attempting at least as many shots as he did on Wednesday (24). That resulted in 30 points—Doncic’s third 30-plus performance in the past four outings.

Kristaps Porzingis Under 2.5 three-pointers made (-154)

We cashed Pozingis under 2.5 threes in our Wednesday NBA prop bets and there are plenty of reasons to think it will hit again on Friday. He has been kept to fewer than three treys in six of the last seven games. Over the last two contests, Porzingis is 3-for-15 from the land of plenty. Utah is sixth in the NBA in opponents’ three-point shooting percentage (35.0 percent) and third in opponents’ three-pointers made per game (11.2). Porzingis will have to do most of his damage closer to the basket.