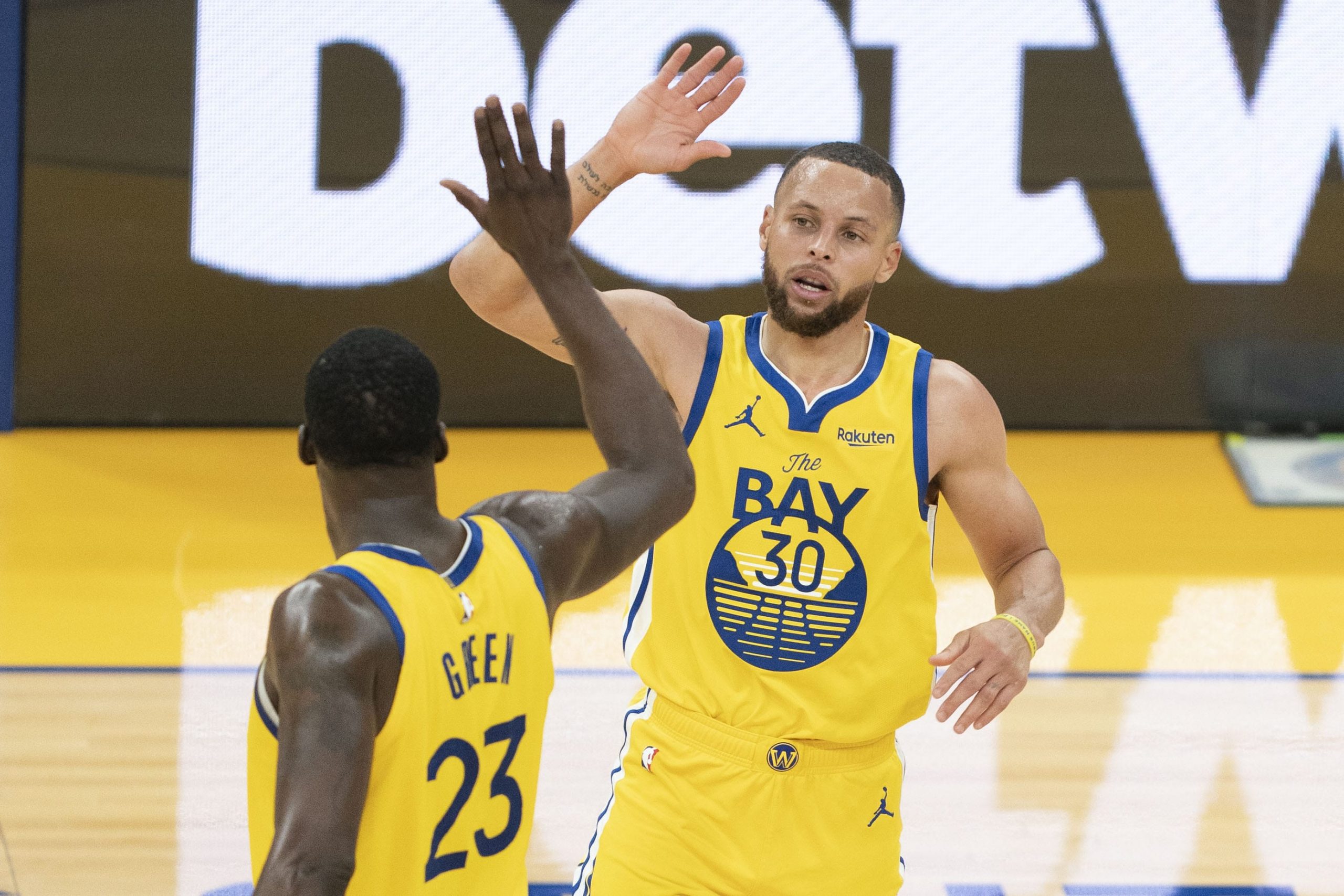 We have a big 10-game NBA slate on Monday, which is headlined by a double-header on NBATV. After the Brooklyn Nets host the Memphis Grizzlies at 7:30 pm, the Golden State Warriors will entertain the Miami Heat. Let’s take a look at the best same game parlay option for Warriors vs Heat, and also be sure to check out our full game preview for free picks on the side and total.

Part of the value in same game parlays, of course, is that all of its components can be correlated if you so choose. But that isn’t the plan here, as Stephen Curry scoring a ton of points obviously doesn’t go with a Miami cover. But 11 points are a lot, and the Heat should be able to stay within the number even if Curry goes off. Let’s break down each of the two legs one by one.

Similarly to the rest of the NBA, this contest is heavily impacted by COVID-19 and the injury bug. Miami is missing a whole host of guys like Bam Adebayo, Dewayne Dedmon, Markieff Morris, Duncan Robinson, and PJ Tucker. Golden State is getting back Draymond Green and Damion Lee from health and safety protocols, so the home team is close to full strength. That’s why you can get double-digits in the points department with the Heat, and they should be able to cover such a lofty spread with Jimmy Butler and Kyle Lowry on the floor. Per Cleaning the Glass, Miami’s absences are not a death sentence for them in this one. Using only the players the Heat have available for this game, they still rank in the 97th percentile in offensive efficiency and the 67th percentile in defensive efficiency. As an underdog this season, Miami is 10-3 ATS.

Curry has been held to no more than 30 points in eight of the last 10 games and he has exceeded this quota of 35 only once during this stretch. It just feels like he’s due for an eruption of sorts. Of course, being “due” isn’t going cut in the department of solid analysis. But how about this? Miami may have its best perimeter defender in Butler, but guarding Curry requires a group effort and the visitors are otherwise depleted. Moreover, the former Davidson standout has drained at last 5 three-pointers in 11 of the last 13 games dating back to the start of December. He is coming off a 6-for-12 effort from downtown during a huge 123-116 over Utah on New Year’s Day.

In actuality, Curry scoring a lot doesn’t really conflict with a Miami cover. A complete blowout in Golden State’s favor would allow Curry to rest for much of if not all of the fourth quarter. The closer the Heat keep it, the more minutes the Warriors’ star player will log. More minutes naturally means more points.