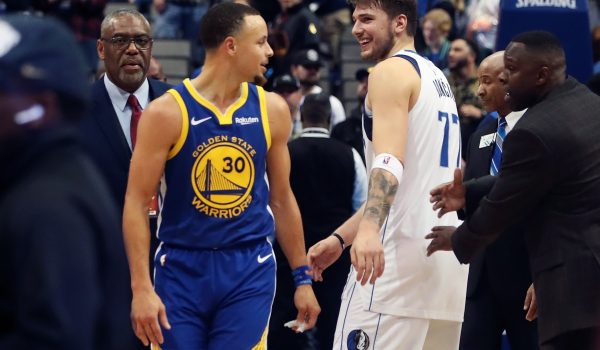 It’s a busy start to the month of May in the NBA as 20 teams will be in action tonight.

We will be treated to yet another ESPN double header as the Golden State Warriors and Houston Rockets square off at 7.30pm ET. The Denver Nuggets and Los Angeles Clippers will close out the action at 10 pm ET.

We have covered all 10 games tonight, make sure you check our picks on the spread and total.

For now though, let’s focus on the Warriors and Rockets same-game parlay.

The importance of this game is a lot bigger for the Warriors than the Rockets who are already done and dusted for this season. Golden State has won both meetings this season by 14 and 16 points, they are also 2-1 ATS in the last three meetings. Houston did beat Milwaukee last time out, but they have six players who are likely to miss this game, leaving a big hole in their roster. Curry has hade a historic month in April, breaking all kinds of records and I think he can drag this Warriors team to the play-in tournament and when that happens anything is possible.

Wood has been consistent for the Rockets averaging 22.6 points over his last 10 games. In his last three he has scored 24, 24 and 31 points. John Wall is out for the season, so it’s up to Wood to be the primary scoring option, alongside Porter Jr. who had 50 points in his last game. Warriors aren’t exactly strong on the inside, so look for Wood to exploit that and have a decent scoring night. Over his last three games he has had 19, 18 and nine rebounds. He is more than capable of going slightly over his season averages in this one.

Curry might have had the best offensive month in modern day NBA history. In 15 games he has averaged 37.3 points on 51.8 percent shooting from the field and 46.6 percent from deep. He has attempted 13.7 shots from beyond-the-arc and is making 6.4 of them per game. If the Warriors want to win tonight they will need every little bit of those heroics tonight, he has carried them offensively all season long and isn’t showing any signs of slowing down.

He had an incredible game against the Milwaukee Bucks last time out. Sure his life was made easier when the Greek Freak went out with an ankle injury in the first minute of the game, but let’s not diminish a masterful performance. John Wall is out which means the majority of the offense will have to go through Wood and him. He has gone over the 19.5 Point mark twice in the last four games. Houston will definitely look for him to stay hot tonight if they want to keep this game close. It should be a high scoring affair so expect Porter Jr. to have yet another solid offensive output.