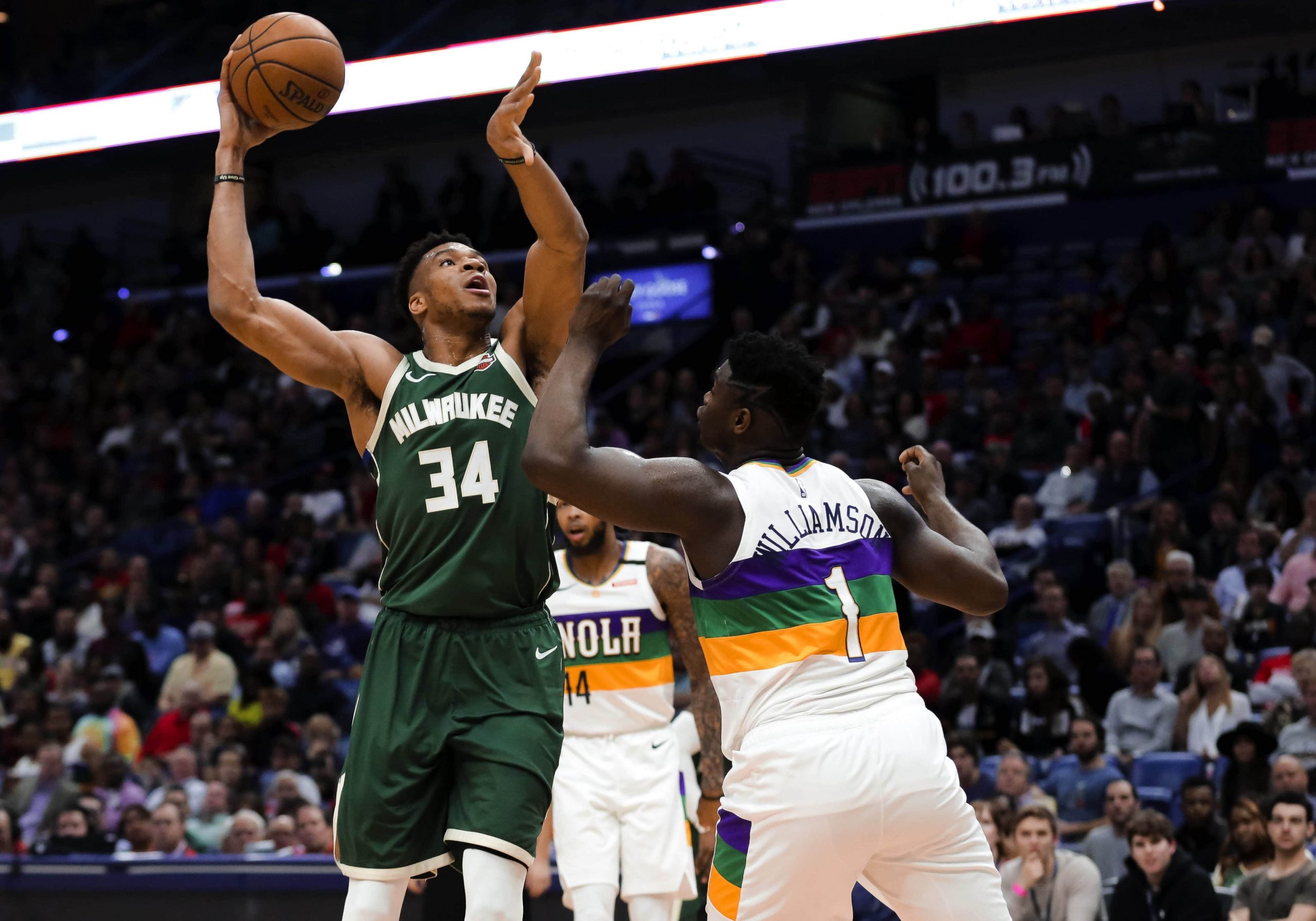 The New Year tips off with a 6-game night in the NBA and another double-header on NBA TV. It all starts at 6:30 pm ET between the New Orleans Pelicans and Milwaukee Bucks.

So far this week I’ve landed +1282 and +920 same-game parlays and I’m feeling pretty hot ahead of tonight’s action, as well! I’ve prepared a same-game parlay for Pelicans vs Bucks which you can find below. Be sure to also check our predictions on the side and total for the rest of Saturday’s 6-game slate.

The Greek Freak is averaging 30.6 points per game at home this season and is coming off a 33-point night against the Orlando Magic in just 31 minutes of play. In 2 of his last 3 games he went over 30 points, including a 36 point night vs the Boston Celtics. With Jonas Valanciunas sitting out tonight’s game, that leaves a big hole in the middle for Giannis to take advantage of. For some reason he just loves playing the Pelicans. In the last 3 meetings he has scored 38, 38, and 34 points while also dominating the boards. I expect him to put in another dominant performance against a depleted Pelicans team that is allowing almost 46 points per game in the paint.

Prior to the blowout win at Orlando, Portis had a solid run of at least 2 made threes in 5 of his last 7 games. He didn’t score one vs the Magic, but despite that he ended the month of December averaging 1.8 makes per game while shooting a very solid 40% from distance. New Orleans is one of the worst teams when it comes to defending the perimeter. Opponents are scoring on 36.3% attempts from distance against them, that’s the 5th-worst mark in the entire NBA. It gets even worse in road games as that percentage goes up to 37.2%. Brandon Ingram will be more focused on scoring here in order to keep his team in the game, so that’ll leave a ton of opportunities for Portis to let it fly from deep.

Holiday ended December averaging 7.3 assists per game, an increase of 1 assist compared to the month prior to that. He has been the main catalyst in the 2 wins over Orlando dishing out an average of 8.5 assists per game. Over his last 5 games he is averaging 7.4 of them per contest. I just don’t see anyone on the Pelicans’ roster being able to stay in front of him as their backcourt has been hit with injuries and a few players are still in quarantine. Over his last 5 games against them he is averaging 8.4 assists per game. This being a game between two high paced teams, I think he will push the tempo in this one and keep everyone involved in order to get Milwaukee to a win.