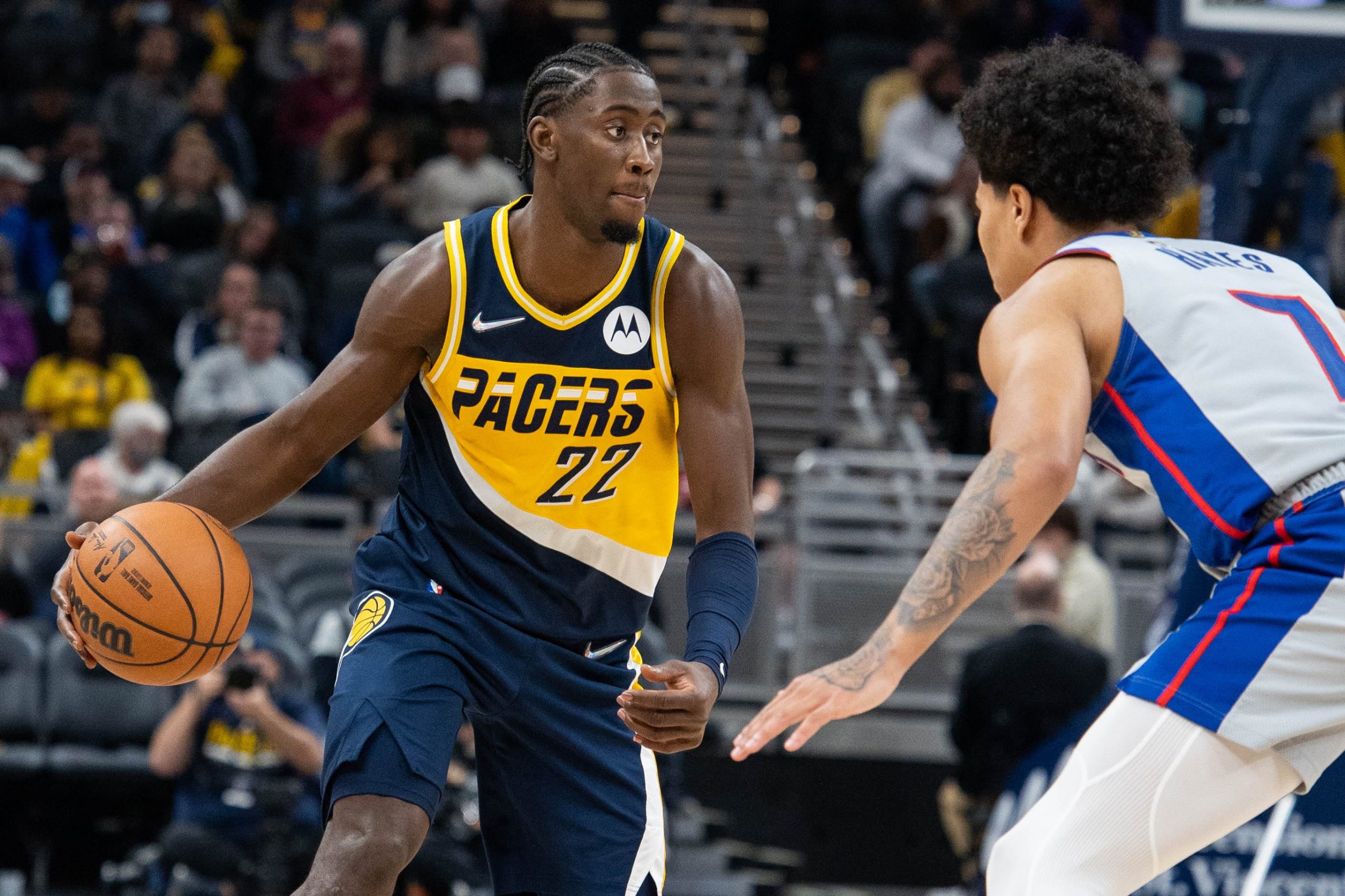 There are 7 games this Sunday in the NBA and the highlight of the night is the all-Eastern Conference clash between Indiana Cleveland. Last night I was just 2 Jrue Holiday assists away from landing my 3rd same game parlay in the last 7 days, fingers crossed we get that extra bit of luck on tonight’s bet!

Catch the Pacers vs Cavaliers game on NBA TV at 6:00 pm ET, but also be sure to go over our predictions on the side and total for the rest of Sunday’s 7-game slate.

Normally I would stay away from backing the road team here, but they’ve been on such a good run against the Cavaliers and it’s really hard to ignore that. They’ve beaten the Cavs in 8 of the last 10 meetings, including the last 5 in a row. In games played in Cleveland the Pacers are 5-1 SU in the last 6 visits. They are coming off a heartbreaking loss at the buzzer against the Chicago Bulls, so the team will be eager to bounce back here. Cleveland is also struggling right now, they’ve dropped 4 of 5, including 3 straight. Ricky Rubio tore his ACL and will miss the remainder of the season. The team scrambled and traded for Rajon Rondo for some guard depth, but it could take them a while to adjust to a new point-guard. I’m thinking the Pacers end their losing streak on the road and continue their superior run in head-to-head meetings here.

The Pacers currently have 45.5 points per game in quarantine with Malcolm Brogdon, Chris Duarte, Jeremy Lamb and Kelan Martin all sitting out. All 4 of those are backcourt players, so they’ve been very thin in that area for quite some time now. LeVert has had to step up his game and has played 36 or more minutes in 4 games straight, plus he has also attempted 20 or more shots in 3 straight. He’s scored 27 points in all 3 of those games while not being that efficient, so there’s definitely room for improvement. With a healthy Allen and Evan Mobley defending the middle, LeVert will have to operate a bit more on the perimeter. If he gets off to a hot start from three, we could be in for a special performance here.

Allen had a long layoff due to health and safety protocols, but he finally returned on New Year’s Day and dropped 21 against the Atlanta Hawks in a 3-point defeat. As usual he was very efficient rom the field knocking down 9 of 11 shots and also grabbed 8 rebounds. He closed out the month of December averaging 18.2 points per game and shooting 72.1% from the field. He is only 2nd behind Rudy Gobert for the most efficient numbers from the field this season. With the Cavs struggling with injuries in the backcourt, I think players like Allen and Mobley will take more responsibility on the offensive end. Indiana is in the bottom 10 when it comes to opponent points in the paint. The Pacers allow an average of 47.6 points per game down low, that’s a great opportunity for Allen to dominate his matchup.