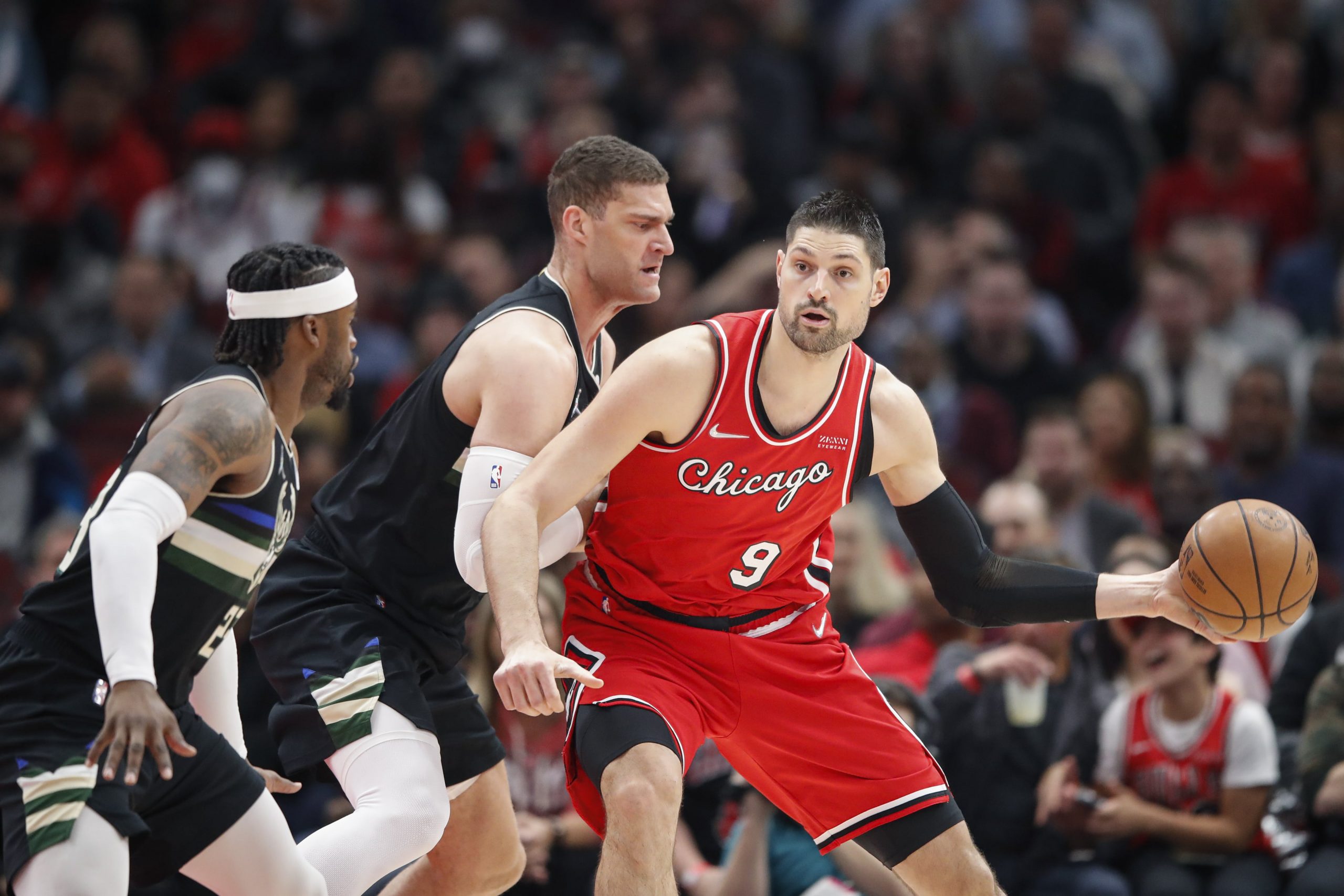 The Chicago Bulls are back in the NBA playoffs, but they have been given a tough first round test against the defending champions. The Milwaukee Bucks swept the season series 4-0 and will be hoping for more of the same in the postseason. The Bulls will be desperate to turn that around.

You can find our full NBA game previews here. But for now check out my Bulls-Bucks same game parlay below.

Giannis Antetokounmpo under 0.5 made threes (+134)

With Brook Lopez and Giannis Antetokounmpo in the paint for the Milwaukee Bucks, the hosts here have great rim protection. That should encourage Bulls center Nikola Vucevic to step out to the perimeter and attack from deep. That would play a key part in opening in opening driving lanes for the rest of the Bulls. Vucevic is making 40.9% of his 3-point attempts in 4 games against the Bucks this season. He was able to hit multiple 3-pointers in 3 of those games, going an uncharacteristic 1 from 6 in the other contest. On the season the Bucks allow the most 3-point attempts and 3-point makes to opponents, and I expect Vucevic to be a big part of the Bulls’ perimeter attack.

Be sure to check out our full Game 1 preview for Chicago Bulls vs Milwaukee Bucks.

Giannis Antetokounmpo under 0.5 made threes (+134)

One player whom I expect to struggle from the perimeter is Giannis Antetokounmpo. In his games against the Bulls this season he is attempting just 2.3 perimeter shots per game. Considering he is making just 22% of those shots, he is only making 0.5 threes per contest. Each of the last 2 postseasons the former MVP has seen a dip in his 3-point attempts per game compared to his regular season average. With the Bulls not having anyone that can guard him both on the perimeter and on the interior, he should have plenty of success attacking the paint tonight. I expect that to discourage him from attempting shots from deep, making the under on his 3-point makes a great value addition to this same game parlay.

As mentioned, the Bucks have given up more 3-point makes to opponents than any other NBA team this season. I expect Zach LaVine to be one of the Bulls to be taking full advantage of this. He is making 41.2% of his 3-point attempts against the Bucks this season. The hosts have mainly been burned by DeMar DeRozan this season when the sides have met, and I expect him to be the focus of their defense. That should allow LaVine more freedom, and with this being his playoff debut, I am expecting him to be aggressive looking for his shot. We saw a couple of playoff debutants last night in Jordon Poole and Anthony Edwards reach the 30-point mark and I expect the same from the Bulls’ star.