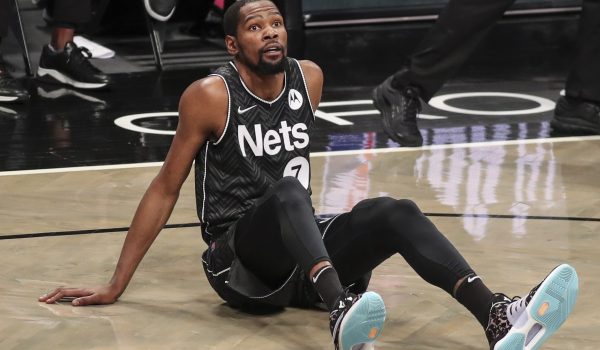 It’s an 8-game slate in the NBA tonight, with three big games being played! First it will be the Brooklyn Nets taking on the Milwaukee Bucks, live on ABC at 3.30pm ET.

After that we have an NBA TV double-header featuring the Portland Trail Blazers vs Boston Celtics at 7.30 pm, followed by the Toronto Raptors and LA Lakers at 10pm!

We have predictions on the spread and total for each of those games, but for now let us focus on the Nets and Bucks for our same-game parlay.

Load management and injuries have had a big impact on the season of Kevin Durant, as a result he has played in only 27 games which is good and bad at the same time. The good thing is he will be fresh for tonight’s game having sat out the home loss against Portland. In the game prior to that he had 42 points against Indiana. In two of his last three he has scored over 30 points. In the first meeting of the season against the Bucks he dropped 30 points and shot a remarkable 50 percent from deep. KD is a walking bucket and with James Harden still being out, it’s his responsibility to carry this team offensively.

With Durant playing, Irving is most likely to take a backseat on the offensive end tonight as we have seen on a number of occasions this season. He will have his hands full dealing with Jrue Holiday on defense, plus helping out on the rest of the Milwaukee shooters. Kyrie is scoring only 23.9 points per game over his last 10 games on 44 percent shooting from the field and an average 31.6 percent from three. He has been focused more on keeping everyone else involved over those 10 games, his assist numbers went up from 6.3 to 7.8. I think it’s more likely we will see him score in the region of 20-23 points tonight.

Holiday had a big impact in the win over Chicago last time the Bucks played, he finished the game with a +31 plus/minus, scoring 16 points and dishing out seven assists. Over his last 10 games he is averaging 7.5 assists and has gone Over 6.5 in eight of them. He has also recorded double-figure assists in three of his last six games and going up against a Kyrie Irving tonight, who isn’t really known for his defense he should have no issues reaching at least seven assists. In case Giannis is unable to go tonight, the Bucks offense will have to rely on Holiday and his playmaking.