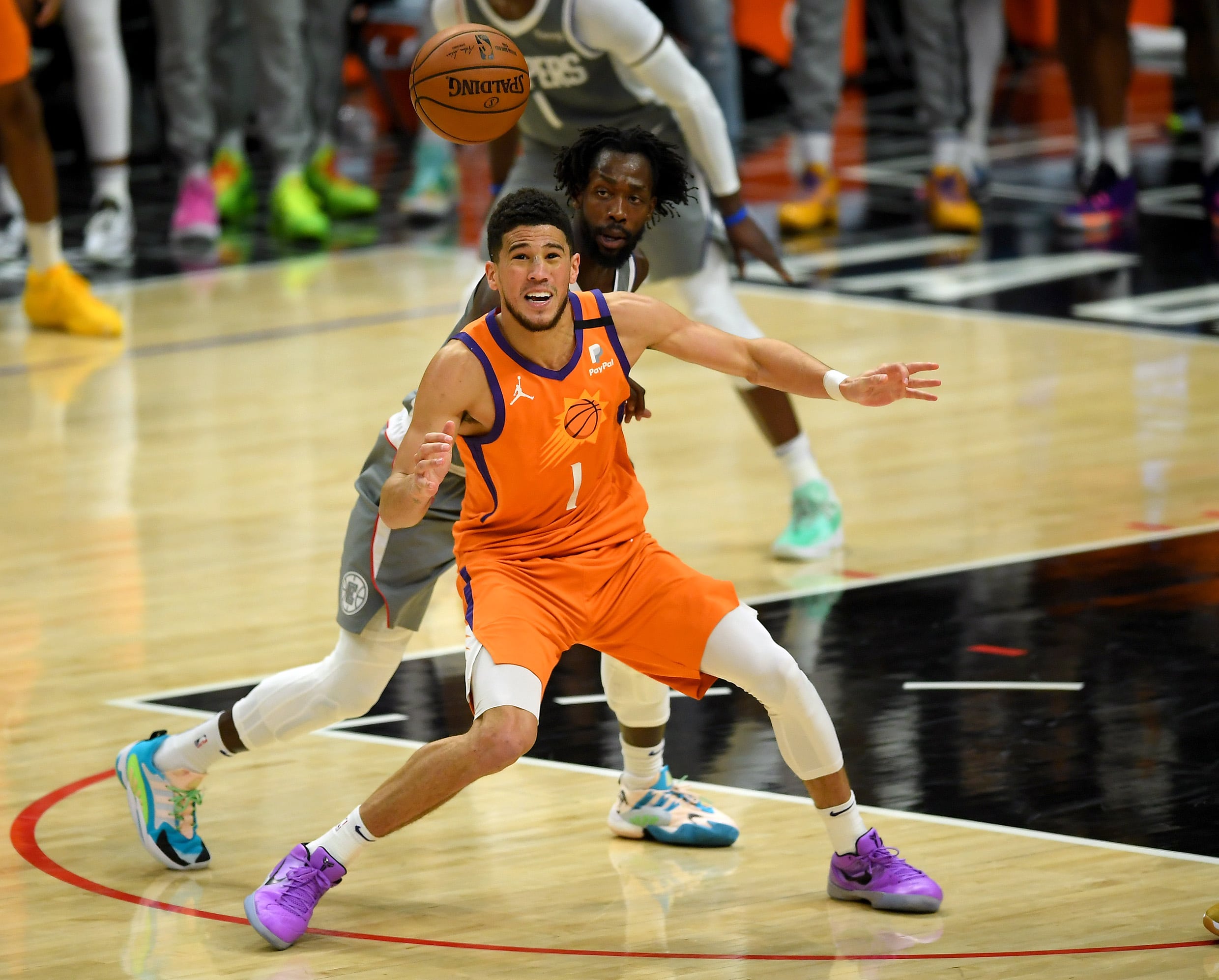 It’s a 5-game slate in the NBA on a Sunday and here we bring you our best bets for the clash between the Denver Nuggets and the hottest team in the league, the Phoenix Suns.

Also, don’t forget to check our predictions on the side and total for the rest of Sunday’s action!

Now, let’s focus on the Nuggets and Suns.

It’s only natural to back Mikal Bridges to make at least 2 threes following his perfect night of shooting against the Dallas Mavericks on Friday. In that game he went 7-for-7 from the field, drained all 3 of his 3-pointers and was a perfect 2-for-2 from the charity stripe. His 14.1 points per game is the 4th-best on the team, however he leads them in 3-point percentage this season with a success rate of 42.4%. He has made at least 2 threes in 4 of his last 5 games, so the consistency is there. Denver isn’t doing all that well when it comes to defending the 3-ball in road games this season. Right now they allow opponents to shoot 37.1% from downtown, which is the 8th-worst mark in the NBA. Bridges will know how to take advantage of that.

Make sure you also check out our Sunday NBA mega parlay!

Ayton just recently came back from injury and has been an instant impact ever since returning to the lineup. His rebounding has been crucial to this team in the wins over the Dallas Mavericks. He’s coming off a 17-rebound night on Friday and he has gone over 11.5 rebounds in 3 of the 4 games since his return. For the season he’s averaging 12.2 rebounds per game. With the status of Nikola Jokic still up in the air, backing Ayton is a good bet. There’s a chance that Jokic won’t play, which would be a huge blow to the Nuggets on the inside. Even if he does play he won’t be at 100% and Ayton has already had some huge games against him in last season’s playoffs.

Booker’s efficiency has improved significantly in November. His field-goal percentage has gone up from 41% to 44%, he has also improved his 3-point shooting from 28% to 40%. He isn’t afraid of taking the ball to the hole either, just recently he had a 13-for-15 night from the free-throw line against the Minnesota Timberwolves. He’s scored 25 or more points in 2 of his last 4 games and with the Nuggets having so many injury players they could have a hard time stopping Booker. In last season’s playoff series he played a key role in eliminating Denver with two big performances of 28 and 34 points in Games 3 & 4.

Be sure to check out our full game preview for Denver Nuggets vs Phoenix Suns!