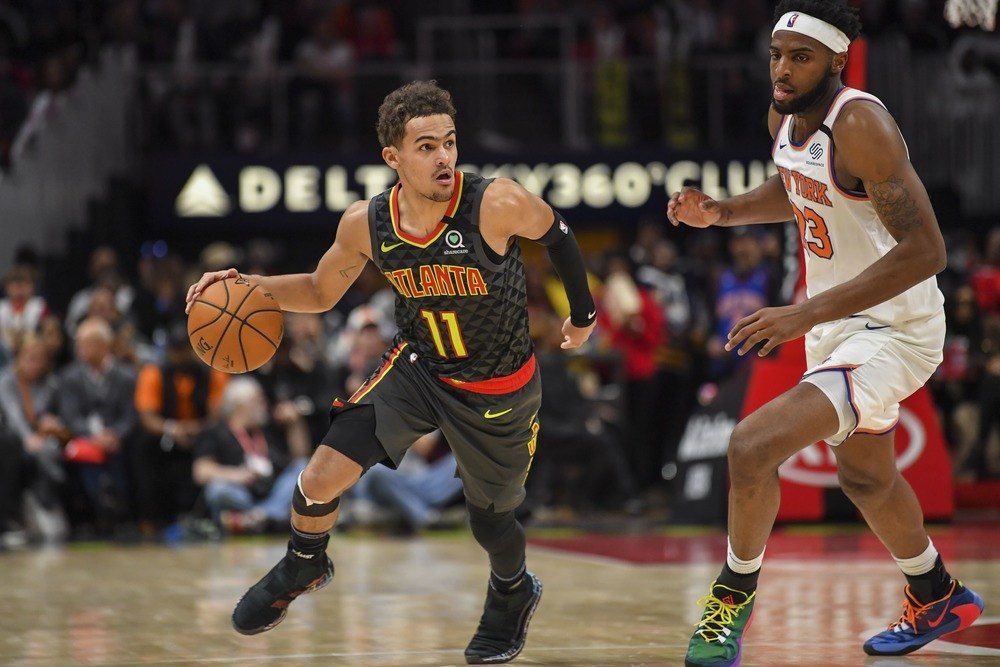 Long-time NBA fan, following the game closely for 21 years now. Joined the Pickswise writing staff for the 2020-21 season and have given out winning picks since. Hopefully we can make some money together! Oh, and I firmly believe Lebron James is not one of the two best basketball players of all time. Yeah, I said it.
Updated: 14:29 PM ET April 04, 2021

A total of 14 teams hit the NBA hardwood this Sunday and three of those games will be on TV for us to enjoy! The action starts with the battle of Los Angeles on ABC at 3.30 pm ET, followed by Trae Young and Atlanta hosting Stephen Curry and the wounded Warriors at 7.30 pm ET. Nikola Jokic and the Denver Nuggets will wrap things up as they host the Orlando Magic at 10 pm ET on NBA TV.

Our same game parlay focuses on the Hawks vs. Warriors game, so let’s take a look at what are the best options to bet on.

Also, don’t forget to check out our full game previews for picks on the side and total for every single Sunday game!

The hiring of Nate McMillan has done wonders for the Atlanta Hawks as they’ve completely turned their season around. They’ve won 11 of 15 games and just recently completed a tough eight-game road trip on the West coast going 4-4. Trae Young and Danilo Gallinari are expected to be back for this one after being rested against the Pelicans last time out.

The Hawks are 2-0 in the last two meetings against the Warriors and have won those two games by 25 and 16 points. Golden State suffered a historic 53-point loss against Toronto last time out, it’ll be tough for them to recover against a very solid Hawks team here.

Be sure to check out our full game preview for Golden State Warriors vs. Atlanta Hawks.

After scoring just 77 points against Toronto, the Warriors will definitely improve on that tonight. They get back Curry and his 29.2 points per game, I expect them to get very close to their season average of 111.9 points per game. They are the second fastest team in the NBA when it comes to pace of play averaging 103.6 possessions per game. Atlanta is a top 10 team in the league in offensive efficiency averaging 112.4 points per 100 possessions this season. The total has gone over in their last five games against Western Conference teams. All in all, we should see a high-scoring game here.

Resting against New Orleans did Trae Young good as he had time to recover after a grueling eight-game West Coast road trip. Although he scores a bit more on the road than at home, at State Farm Arena he is almost 3 percent more efficient from the field and five percent more efficient from three-point land. With John Collins not playing here, he will have extra responsibilities on the offense so he should score a bit more than usual.

He is also averaging 11.7 assists per game in his last four outings. In the first meeting of the season against the Warriors he had 21 points and 15 assists resulting in a 16-point win. Expect Trae to stuff the stat sheet yet again tonight as he carries the high-flying Hawks to their sixth straight home win.

Curry has been bothered by a tailbone injury which caused him to miss the game against Toronto, but Steve Kerr has said it was more of a rest type of sitting out than injury recovery. He will be playing tonight and is as close to 100 percent as you can be at this point of the season. Over his last two games he has dropped 32 and 36 points against the Chicago Bulls and Miami Heat, scoring 11 three-pointers in those two games combined.

With Klay being out, Steph is the main scoring option for Golden State this season. He has scored 20+ points in 34 of 41 games, he has gone 30+ points in 16 of those games, three times he scored 40 or more points and he even has two 50+ point games. Steph didn’t play in the meeting earlier this season between the two teams. I expect him to have a ton of points here as he tries to will his team to a victory against a younger version of himself in Trae Young.