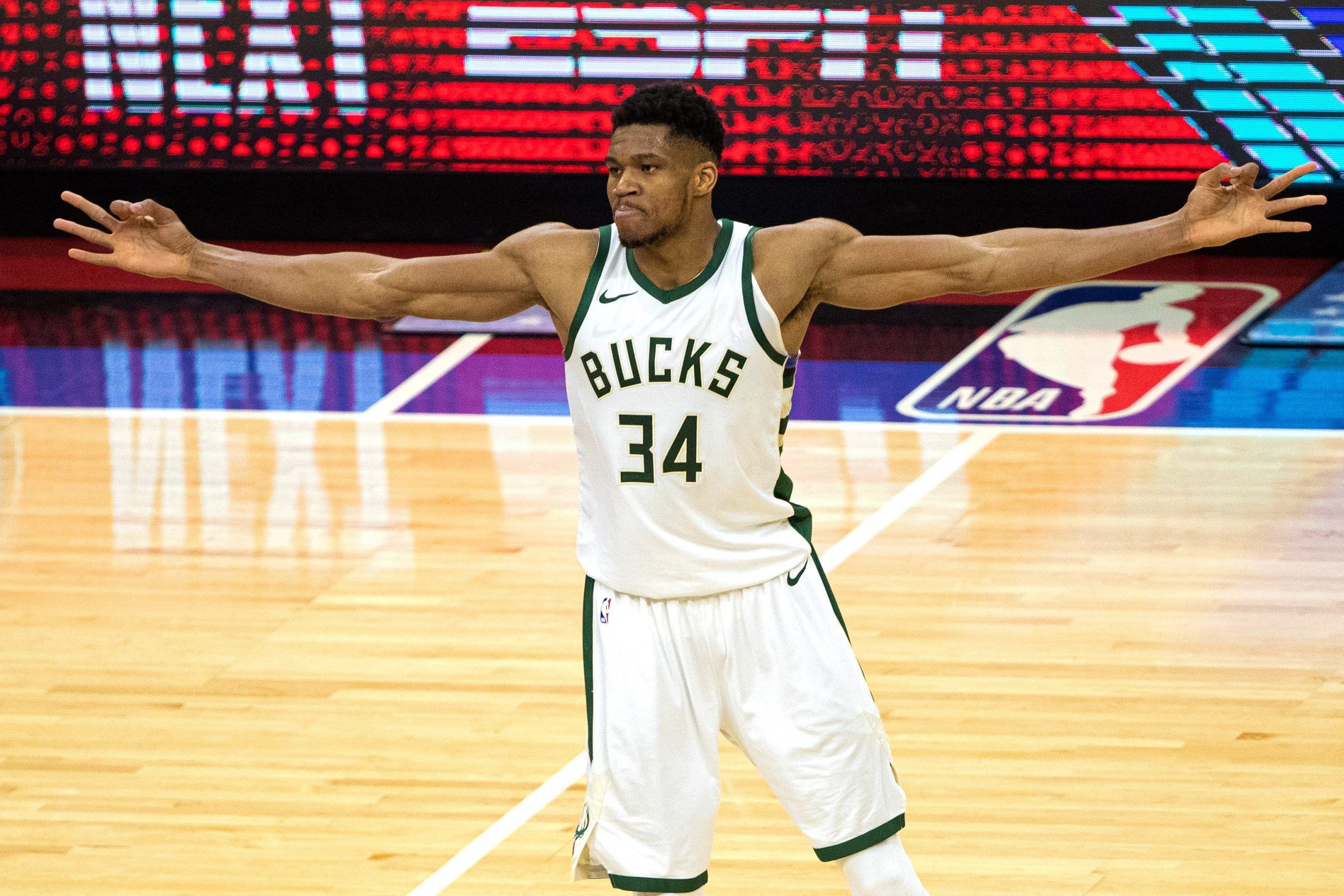 Long-time NBA fan, following the game closely for 21 years now. Joined the Pickswise writing staff for the 2020-21 season and have given out winning picks since. Hopefully we can make some money together! Oh, and I firmly believe Lebron James is not one of the two best basketball players of all time. Yeah, I said it.
Updated: 9:22 AM ET April 22, 2021

Another six-game NBA slate coming our way this Thursday, including a TNT double-header.

It all starts with the Philadelphia 76ers and Milwaukee Bucks at 7 pm ET, followed by the Los Angeles Lakers and Dallas Mavericks clash at 9:30 pm ET.

Our same-game parlay focuses on the 76ers and Bucks, but don’t forget to check our predictions on the side and total for the rest of Thursday’s action!

The Bucks have already beaten the Sixers once this season in Philadelphia, they have been the better team in the last 10 head-to-head games winning seven of them and covering the spread six times. Sixers have been without Ben Simmons and Tobias Harris for the past couple of games, their status is up in the air for this one as well. Joel Embiid also skips second nights of back-to-backs — he might opt not to play tonight after last night’s grueling home game against Phoenix. Bucks are 8-3 SU in their last 11 against Eastern Conference teams.

Be sure to check out our full game preview for Philadelphia 76ers vs. Milwaukee Bucks.

Both teams like to play at a faster pace, the Bucks are currently tied with the Minnesota Timberwolves for the third-fastest pace in the NBA averaging 104.1 possessions per game. Philadelphia isn’t that far below them, they are tied with Sacramento for ninth position with 102.4 possessions. Both are also in the upper tier when it comes to offensive efficiency, Milwaukee is fourth while the Sixers are tied for 13th with Memphis. In the last nine meetings between them the total has gone over. This has also been the case with Milwaukee’s last 13 of 20 games. For the season they are 19-9 on the O/U in home games.

In that first meeting of the season played in Philly, Giannis dominated with 32 points, 15 rebounds, and five assists on 59 percent shooting. Over his last two games against the Memphis Grizzlies and Phoenix Suns, he had 61 points and 19 rebounds. In the month of April he is averaging 29.6 points and 9.2 rebounds per game and has gone over 38.5 points and rebounds in three of his last five games, so we are feeling confident he can maintain those numbers against one of the elite teams in the East and lead the Bucks to a convincing home win here.

Over his last 10 games, Holiday is averaging 6.9 assists and has gone over the 5.5 mark four times in his last five outings. In the one game against his former team this season he recorded 6 assists to go along with his 19 points in 41 minutes of play. Jrue is the catalyst of this team and everything on offense runs through him. He has upped his stats in almost every category after the All-Star break, his assists went up from 5.1 to 6.1. In the nine games he has played in April he has recorded Over 5.5 assists six times and since we expect a high-scoring game here he should have no issues getting to six assists.