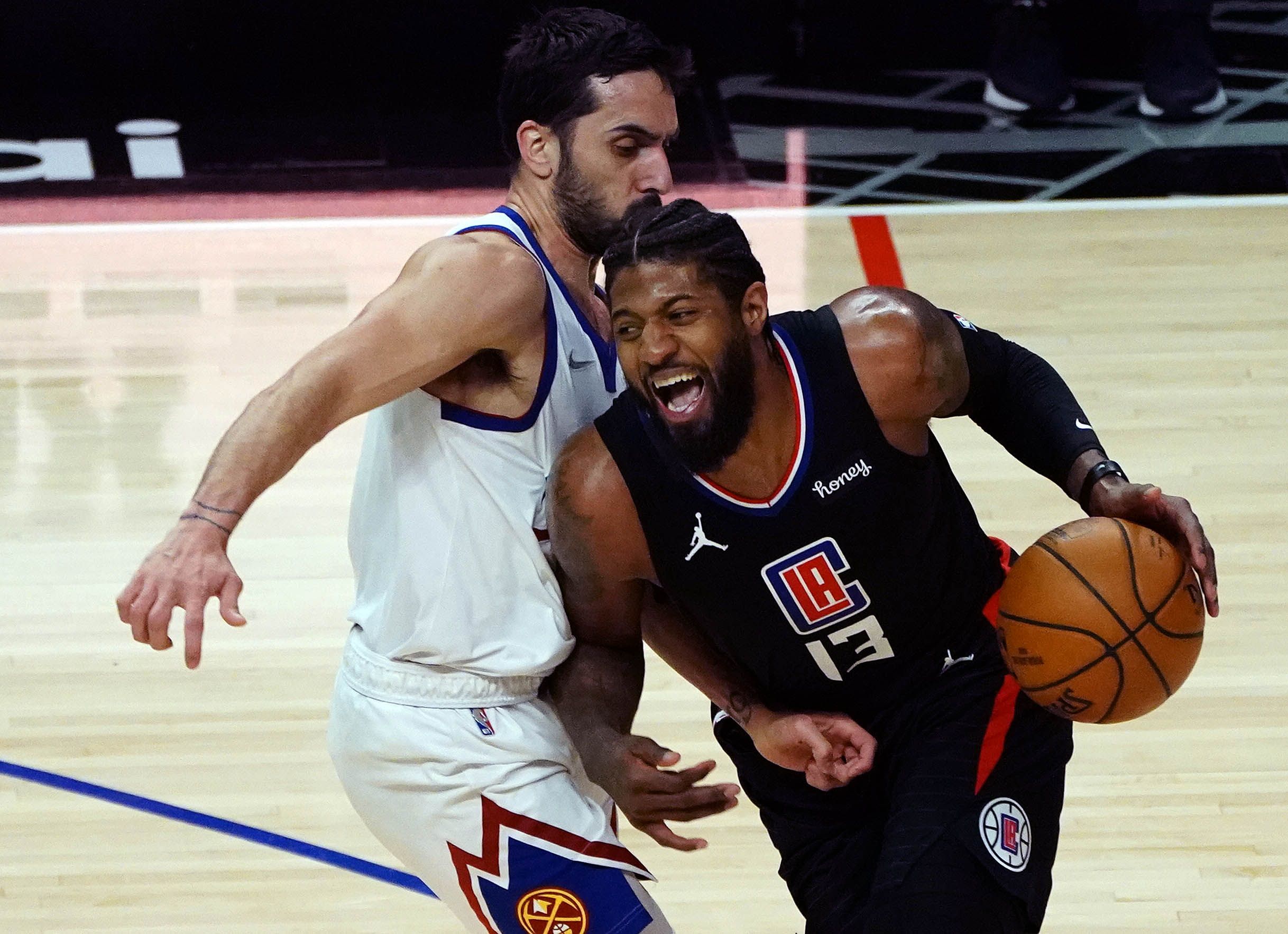 Long-time NBA fan, following the game closely for 21 years now. Joined the Pickswise writing staff for the 2020-21 season and have given out winning picks since. Hopefully we can make some money together! Oh, and I firmly believe Lebron James is not one of the two best basketball players of all time. Yeah, I said it.
Updated: 6:49 AM ET April 08, 2021

Another seven-game NBA slate is coming our way tonight and the national TV audience will be treated with a double-header on TNT!

Starting us off at 7:30 pm are the Los Angeles Lakers and Miami Heat, who square off in South Beach. Another notable game will be played in Dallas where the Mavericks host Giannis Antetokounmpo and the Milwaukee Bucks, followed by the Portland Trail Blazers taking a trip to Salt Lake City to face the West-leading Utah Jazz.

Closing it out will be the Los Angeles Clippers who host the Phoenix Suns at Staples Center live on TNT at 10 pm ET.

Our same game parlay focuses on the Clippers and Suns, but don’t forget to also check out our full spread and total picks for all Thursday games.

Despite the current win streak of Phoenix, the Clippers have been dominant in head-to-head meetings, winning 12 of the last 13 at Staples Center between the two teams. They’ve also covered 10 times in those 13 games and have beaten them 15 times in 17 games. In their last game against Portland, they were a very efficient 51.7 percent from the field which resulted in a 17-point win against one of the dark horses in the West. George had 36 points, while Kawhi Leonard was close to a triple-double with 29 points, 12 rebounds, and seven assists. The Clippers also won the first meeting of the season by five points played in Phoenix.

Be sure to check out our full game preview for Phoenix Suns vs. Los Angeles Clippers.

As much as Chris Paul has been carrying the Suns all season long, it’s been the Devin Booker show these last couple of games. In his last three outings Booker has scored 45, 36 and 32 points against the Bulls, Thunder and Rockets. Since the All-Star break he has upped his scoring by 3.1 points and has scored at least one three-pointer in every game since February 26th. He isn’t afraid to attack the rim, over his last five games he’s averaged 8.2 free throw attempts and has missed only three of them. This man has the whole package offensively, look for him to be the main scoring option for Phoenix here.

George is coming off a masterful performance against the Portland Trail Blazers, he scored 36 points and was 6/9 from three-point land. He has scored a three in 37 of 39 games this season and is shooting 45 percent from deep in home games. In the first meeting between the two teams this season he scored 39 points on 7/10 shooting from beyond the arc. For the season he is averaging 3.2 makes per game, I don’t see anyone on the Suns being able to stop him from shooting tonight. Look for George to continue his hot form.