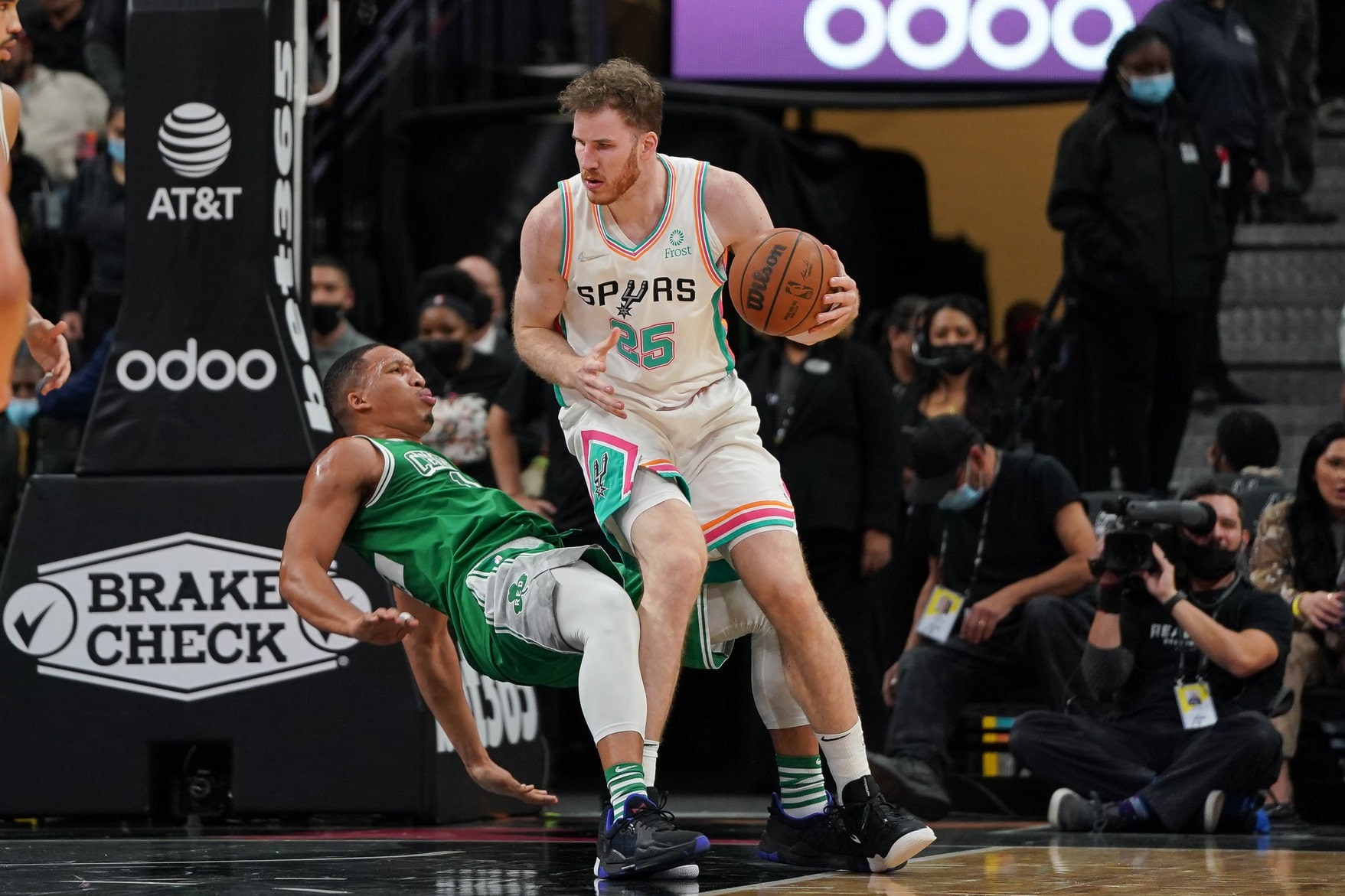 The San Antonio Spurs have struggled so far this season and would have normally been outmatched by a team with the Portland Trail Blazers talent. However, with Damian Lillard being ruled out of the game the Spurs have a great chance to stay competitive or even to pull out a win. They have looked more competitive since the return of their starting center to their lineup and could be set to entertain us tonight.

You can find our full game previews here, but for now let’s take a look at my same game parlay for the action.

Jakob Poeltl has played a big role for the San Antonio Spurs in recent games with his rebounding abilities and that should continue here. He has recorded double-digit rebounds in each of his last 3 games, with the Spurs winning 2 of those matchups. So far this season he has played 30 or more minutes on 7 occasions, recording 12 or more rebounds in 5 of those games. Look for him to get a similar amount of playing time as the Spurs will need him to slow down Jusuf Nurkic.

With Lillard ruled out for tonight’s game, it will be up to the other Trail Blazers to pick up the offensive mantle, and Nurkic should play a huge role in that respect. He has been in fine form, exceeding his season average in points in each of his last 4 games, including scoring 20 or more twice. He is also not a threat from deep considering he has only made 4 of his 17 attempts this season. As a result, Poeltl should be spending most of his time in and around the paint. Rebounding should not be an issue for him here.

Whilst Anfernee Simons has not been able to record 6 assists in a game this season, tonight could be the night he sets his season-high in that category. With Lillard already confirmed to be out for the Trail Blazers, Simons is likely to see a larger role tonight. He surpassed the 30-minute mark for the first time this season against the Detroit Pistons, playing 36 on the night. Simmons recorded 5 assists as he stepped into the starting line-up in place of Lillard and I feel he can go 1 assist better tonight in similar minutes.

The Spurs have a very capable defender in their backcourt in Dejounte Murray, but he is likely to be focused on stopping CJ McCollum. That should leave Simons in a larger playmaking role. He is a phenomenal athlete as shown by his previous participation in the dunk contest, but he may struggle to finish in the paint here. Poeltl has established himself as a top shot-blocker in the league which could encourage Simons to kick the ball out more often than usual. His team ranks 11th in the league in 3-point percentage, so they should be able to convert these shots to makes. As a result, he has a great chance to hit this assist number in his expanded role.

Make sure you check out our same game parlay for Bulls vs Knicks (+2042 odds!)