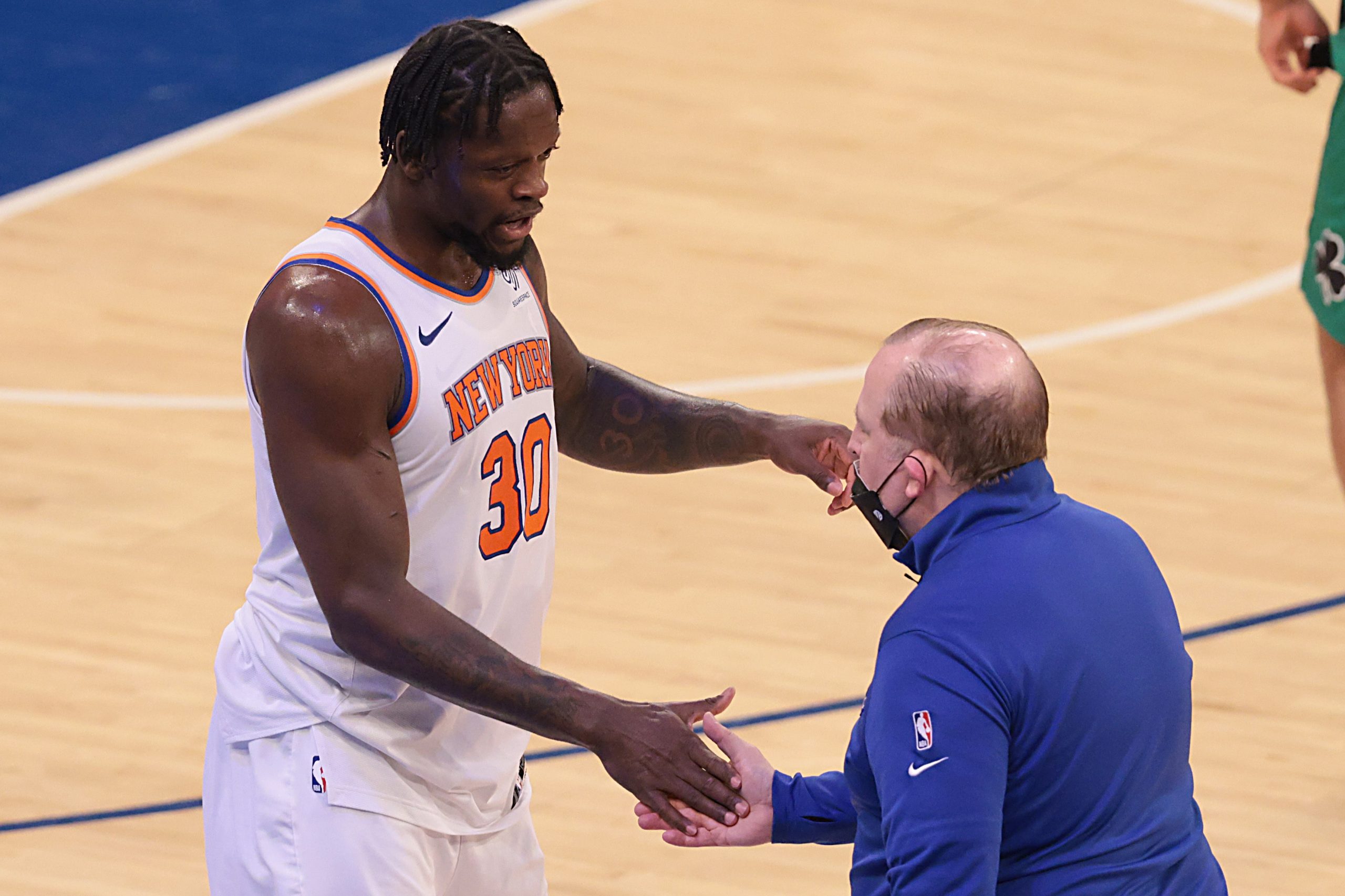 With the regular season series tied at 1-1, the Chicago Bulls and New York Knicks will meet up for the 3rd time this season! The game at Madison Square Garden will be the first of tonight’s NBA TV doubleheader, starting at 7:30pm ET, followed by the San Antonio Spurs and Portland Trail Blazers squaring off at 10pm ET.

Continue reading below for our same game parlay, but also don’t forget our predictions on the side and total for Thursday’s 5-game slate.

The Knicks have beaten the Bulls already once this season, back in late October at United Center. They’ve been the better team over the past 10 games head-to-head winning 7 of them. Chicago has struggled heavily at Madison Square Garden, they are just 1-5 ATS in their last 6 visits and they’ve dropped 3 of their last 5 games recently. The Knicks have split wins and loses over their last 9 games and with the loss at Brooklyn on Tuesday, it’s now time for them to win again. Alec Burks has done well in place of Kemba Walker, he has scored 25 and 23 points, if he performs well tonight the Knicks can definitely beat the Bulls here.

One other guy who will have to perform well tonight is Evan Fournier who has a big chip on his shoulder coming into this one. The last time he played vs Chicago he had only 3 points and attempted just 7 shots from the field, but since then he has scored 20+ points in 2 of his next 4 games and has been on fire from three-point land. In his last 4 games, he’s averaging 4 makes from distance on 7.5 attempts which is good for 53%. Only 7 teams in the NBA are worse than the Bulls in defending the 3-point line this season. They allow teams to shoot 35.8% from distance, so that’s good news for out bet. The price on this is way too big for us to ignore.

The reason I went for DeRozan instead of LaVine is DeRozan’s consistency. He is coming off back-to-back games in which he scored 28 points against Miami and Charlotte, while LaVine has gone under his total in 2 of the last 3 games. Plus he is still recovering from an illness, so that could impact his performance last night. DeMar is averaging 25.5 points per game vs the Knicks this season and is shooting 44% from the field and 50% from downtown, while making all of his free throw attempts. In his last game vs New York he dropped a cool 31, I’m expecting him to shine bright on the biggest stage there is in the NBA at Madison Square Garden.