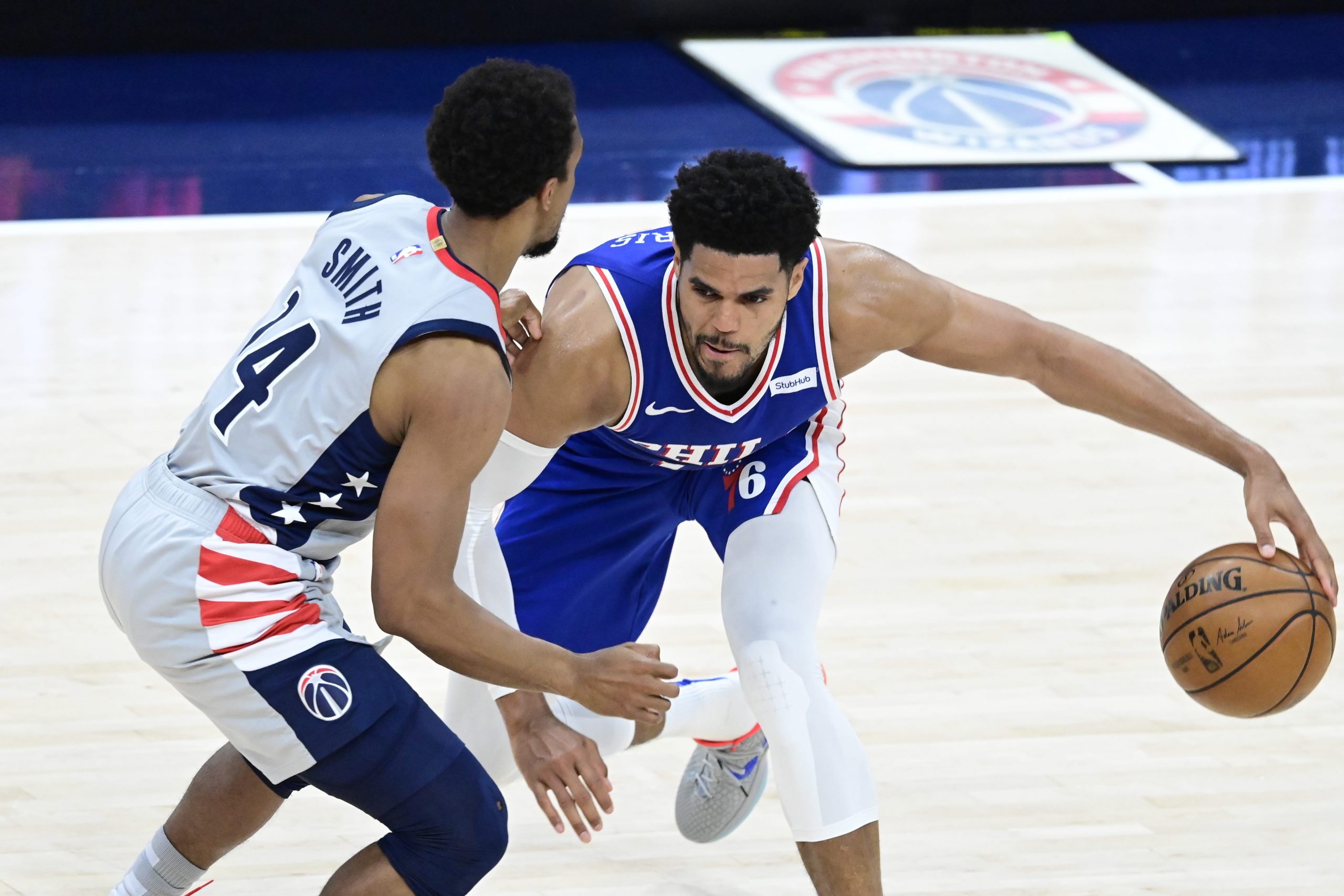 The Detroit Pistons and Philadelphia 76ers tip things off in the Association as the first of two games in tonight’s NBA TV double-header!

We’ve covered all six of Thursday’s games on our website, but let’s focus on our same-game parlay for Pistons vs Sixers.

Thursday’s NBA Mega Parlay is priced at +1238, be sure to check it out!

The absence of Ben Simmons has left a mark on the 76ers offense, but not as much on Tobias Harris as on Joel Embiid for example. He has been a consistent scoring option for them and with the latest news of Joel Embiid struggling a bit with his knee, Harris’s role on offense will expand even more. He led the Sixers in scoring against the Knicks with 23 points as he shot well over 50% to get there. Against his former team the Pistons, who aren’t really known for having lockdown defenders on their roster, he should have a solid scoring night.

Don’t forget to check our full predictions for Detroit Pistons vs Philadelphia 76ers!

Curry has been productive in all but one game so far this season and that was against the Knicks where he scored only 4 points, but the Sixers were bad as a whole in that game. Prior to that he had 28 pts against the Thunder on 7 made threes. Against Brooklyn in the second game of the season he had 23 pts and was a perfect 4-for-4 from distance and in the season opener he also made 2-of-3 shots. Role players generally play better at home than on the road so I’m expecting a bounce back game from Seth and at least 3 shots made from beyond the arc.

The Pistons are having all sorts of problems early on in the season, especially on the offensive end. Leading scorer from last season Jerami Grant will miss tonight’s game, which means Saddiq Bey will once again have to step up on the offensive end. He’s actually leading the pistons in scoring averaging 18 points per game, that average goes up to 20.5 on the road. Bey is also shooting 50% from the field in away games and is yet to miss a free throw. He’s had two straight 20+ point games against the Bulls and Hawks, I don’t expect much from Detroit tonight, but someone has to put up points on the board and Bey should once again lead them in scoring.