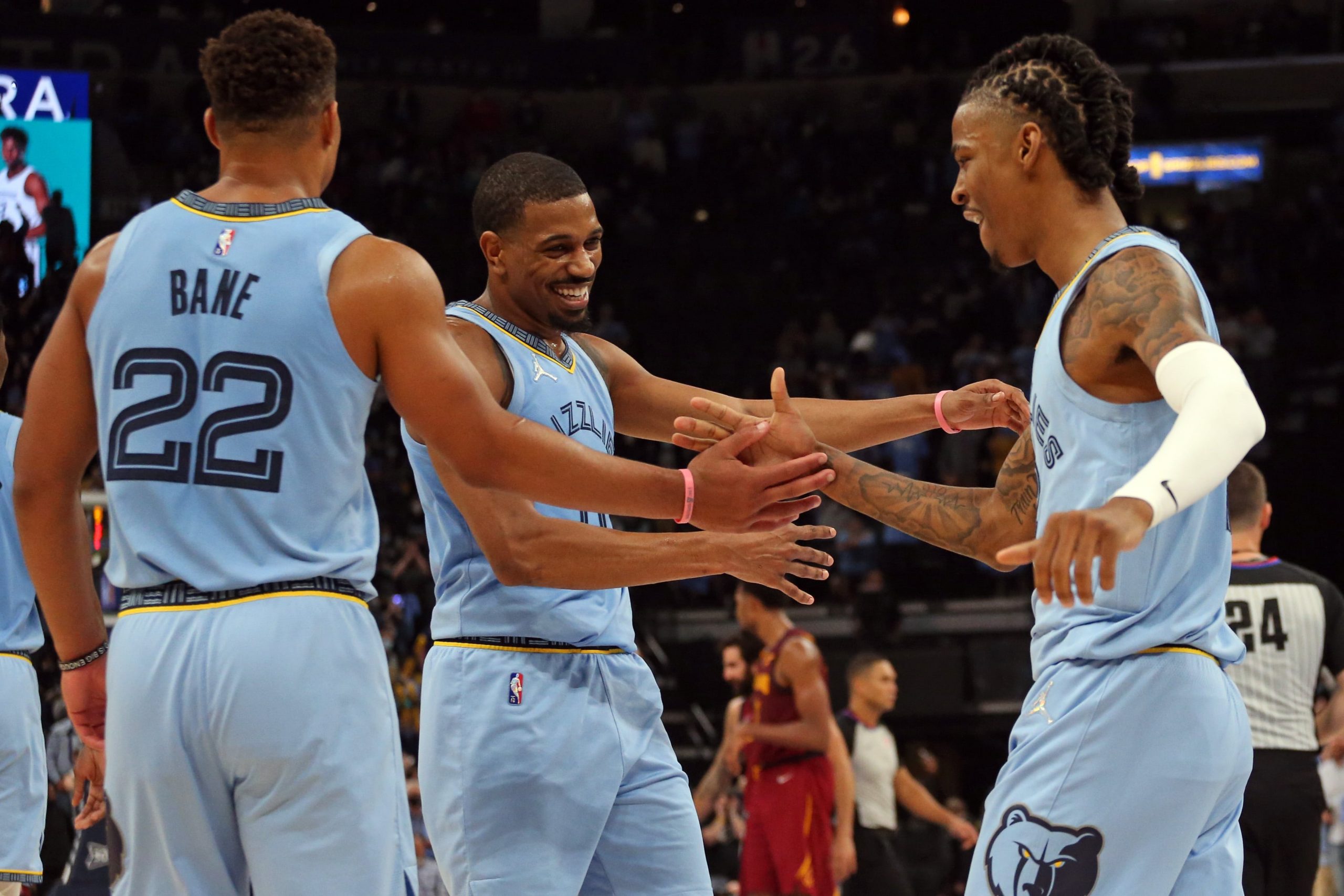 It’s another busy schedule for the NBA playoffs on Thursday, when Game 3s are taking place in three different series. Golden State is looking to take complete control against Denver, already with a 2-0 lead in hand, while Memphis-Minnesota and Dallas-Utah are both tied up at 1-1.

Let’s take a look at our next NBA mega parlay for the playoffs.

For this parlay we are going with two favorites on alternate spreads and one underdog on the money line. Let’s break down each of the three legs one by one.

Following a sub-par effort in Game 1, the Memphis Grizzlies bounced back in Game 2 and did everything that was expected from them. Now we have ourselves a series. Steven Adams played just three minutes after picking up two early fouls and benching him the rest of the way actually helped the Grizzlies to step up the pace of the game. Minnesota just couldn’t keep up. Unlike in Game 1, it was a balanced team effort with seven players scoring in double-digits. Now the Grizzlies head to Minnesota, where they have covered in 5 of their last 7 visits. D’Angelo Russell struggled for the second game in a row with just 11 points in the Timberwolves’ recent loss. Back the visitors to win and cover.

Check out our Grizzlies vs Timberwolves preview

The Mavericks and Jazz split the first two games in Dallas. That is never the way you want to start a series for the team with home-court advantage, but with Luka Doncic out it is as good an outcome as they could have hoped for. His status is still uncertain for this game and even if he does suit up it is hard to know for sure how ready he will be to jump right in. The line has not moved much from the games in the Dallas, which is interesting because historically the Jazz have had a strong home-court advantage. Don’t be surprised if they win by double-digits—especially if Doncic is out.

Check out our Mavericks vs Jazz preview

This series shifts to Denver, where the Nuggets will try and climb out of a 2-0 hole against the Warriors. Nikola Jokic’s playoff numbers already resemble those of the player who appears to be on his way to a second consecutive MVP award. It’s true that they haven’t resulted in a win, but that’s understandable since both games were on the road. Although Jordan Poole’s sample size of success is large enough to confirm that he is no fluke for Golden State, it’s hard to see him staying this on fire. Look for the Warriors to take their foot off the gas pedal just a bit, allowing Jokic and company to win at least one game in this series.

Check out all our NBA previews and picks for Thursday