HomeAnalysisNBA AnalysisNBA Thursday three-team mega parlay (+953): Hoping for magic out of a hat with Wizards

NBA Thursday three-team mega parlay (+953): Hoping for magic out of a hat with Wizards 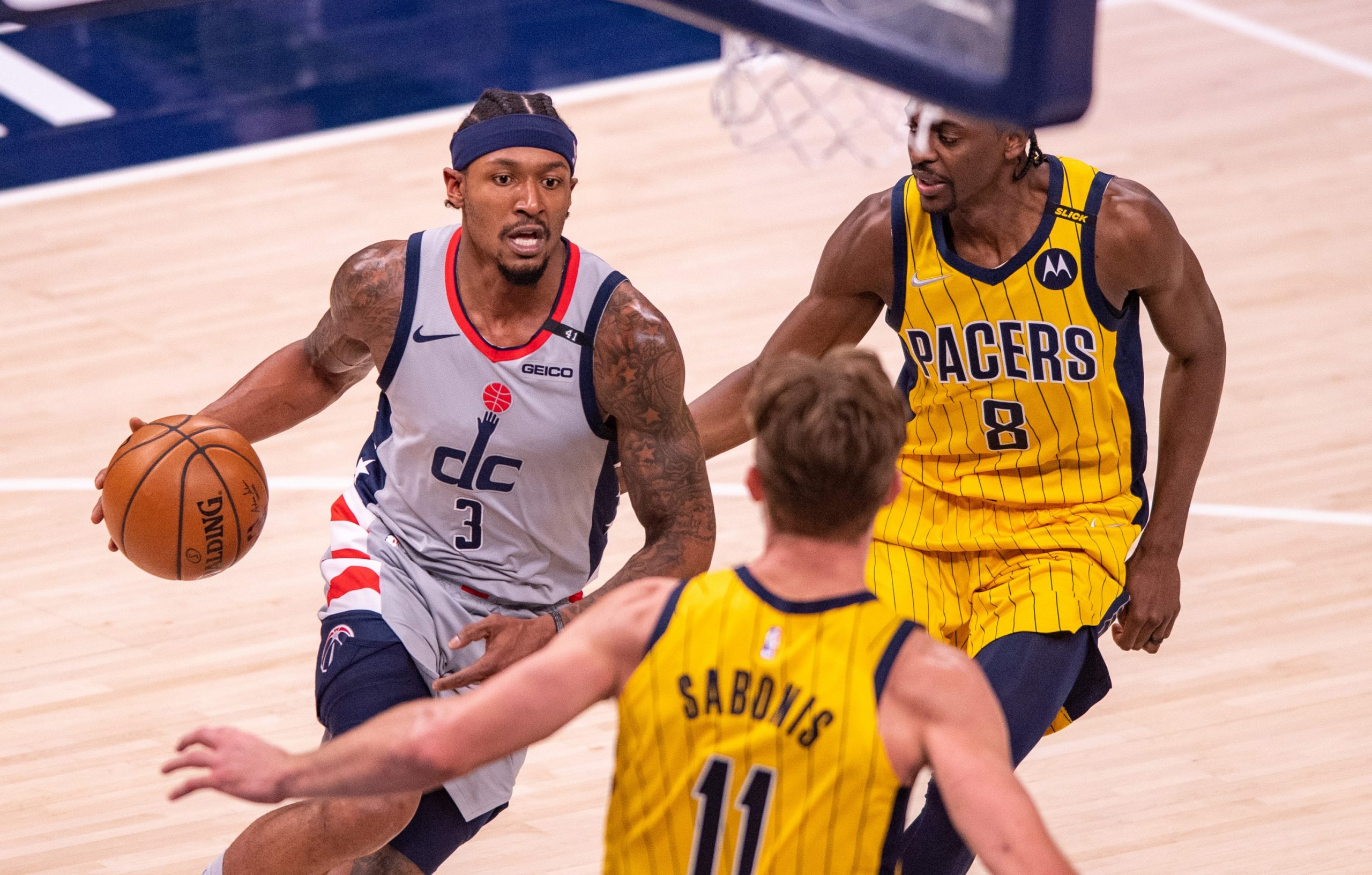 There were some absolutely outrageous finishes in the NBA on Wednesday night. What will Thursday do for an encore? Chicago vs Toronto has been postponed because of the Bulls’ Covid-19 issues, but there are still four games on the schedule. It includes a showdown between Philadelphia and Brooklyn on NBA TV, while the Knicks, Wizards, and Suns are also taking the court.

The Pacers were unable to defeat reigning champ Milwaukee on Wednesday despite the Bucks playing without Giannis Antetokounmpo, Khris Middleton, Donte DiVincenzo, Brook Lopez, Wesley Matthews, and DeMarcus Cousins. However, the good news is that Detroit with its full arsenal is way worse than Milwaukee’s ‘B’ team. And the Pistons don’t have their full arsenal! Jerami Grant, who started and scored a team-high 19 points in the previous meeting between these two teams earlier in the season, is out. Detroit is saddled with the worst record in the NBA and heads into this one on an absurd 12-game losing streak. Indiana on the money line could not be a safer play.

Check out our Pistons vs Pacers preview

The 76ers were a huge disappointment last night, they let a shorthanded Miami squad beat them by 5 points at home despite getting back Joel Embiid and having Seth Curry at their disposal. It wasn’t a spectacular performance by either of those two, as they combined for just 24 points. The offense has really struggled this season without Ben Simmons; the Sixers are only 24th in points per game and they shoot the ball at 45.8% — which ranks only 15th. In their last 6 games overall they have covered the spread just once, and on the road they are 2-4 ATS in their last 6. Brooklyn is one of those teams that has been hit hard by Covid-19; it currently has 7 players in the health and safety protocols, plus Kyrie Irving and Joe Harris are also out. That means the Nets only have 8 players available, so it’s up to Kevin Durant to literally carry them on his shoulders. Of course, that is something Durant can obviously do. The Nets are 4-1 SU in their last 5 and 9-1 SU in their last 10 vs Eastern Conference opponents.

Check out our 76ers vs Nets preview

Even without Devin Booker in the lineup, Phoenix has continued to excel and remains only a half-game behind Golden State for the best record in the NBA. The Suns have weathered the storm in the standings without their best player, but the underlying metrics reveal a team that is far less dominant than it is with him on the court. They are struggling to score the basketball to put it simply. In December the Suns rank only 13th in Net Rating and are 27th in offensive efficiency during that span. It could be difficult for this group to score given its tremendous inefficiency on the offensive side of the ball in recent weeks. Washington’s December schedule has featured difficult matchups left and right, so if nothing else the visitors are well-prepared for this one. At +340, they have good value. Why not?!?!

Check out all our NBA previews and picks for Thursday