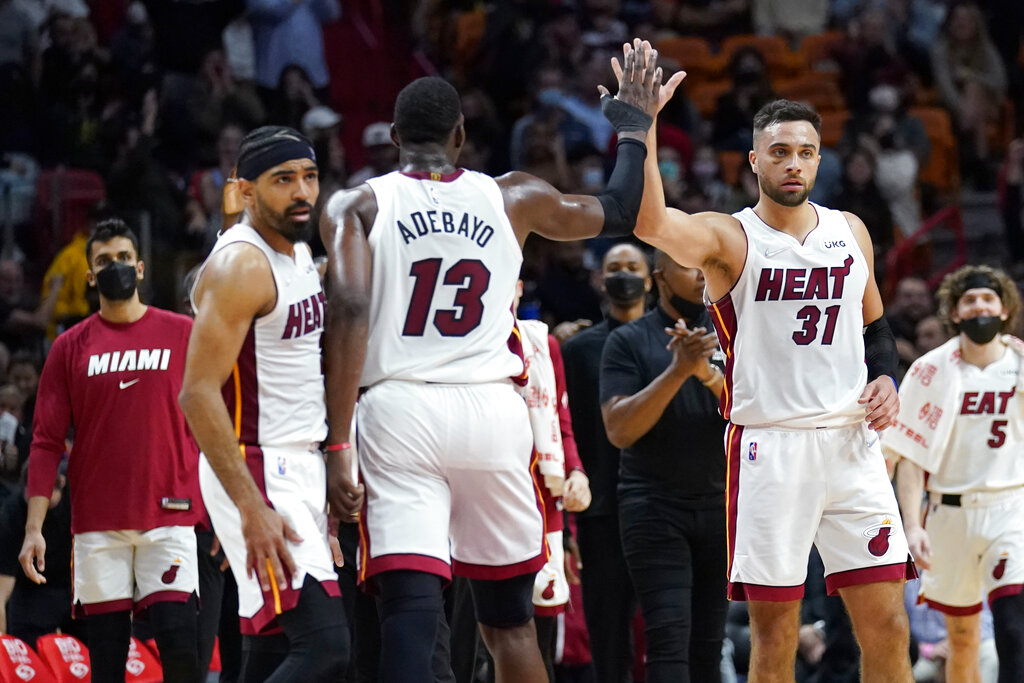 The Atlanta Hawks forgot to show up in Game 1 as the Miami Heat destroyed them by 24 points. Game 2 is live on TNT from 7.30 pm ET tonight, let’s see how the Hawks respond on the road facing a potential 2-0 deficit here. Continue reading below to see my same game parlay.

We also have predictions on the side and total for the 2 other NBA Playoffs games today, make sure you check those out.

Let’s dive into the Hawks vs Heat match-up now!

The Heat came out with a ton of energy in Game 1 and it resulted in a 59-40 lead at the half, with Atlanta struggling heavily from the field. They finished the game shooting just 38.7% from the field and 27.8% from downtown, which was very uncharacteristic for the most efficient offense in the NBA during the regular season. I’m expecting them to bounce back a little in Game 2, but with the Heat still being at home where they are once again heavy favorites to get the job done.

Miami has now beaten the Hawks 4 times in 5 meetings this season — the 2 meetings played at the FTX Arena during the regular season were decided in Miami’s favor by 6 and 4 points. Hopefully, that is the case in tonight’s game as well.

At this stage of his career, Lowry certainly isn’t the most athletic guy out there, but he can still play the passing lanes and get steals when needed. He proved that in Game 1 when he picked the Hawks’ pockets twice in just 29 minutes of play. Interestingly enough that’s been his average for steals in the 3 regular season games vs Atlanta, as he had 3, 1 and 2 in those games. Lowry also finished the regular season averaging 1.1 steals per game and that number goes up to 1.5 vs teams from the same division which Atlanta is. So I think there’s a really good chance he gets at least 1 steal in tonight’s game, especially if the Hawks turn the ball over 18 times as they did on Sunday.

Young had a game to forget on Sunday as he shot just 1-for-12 from the field and didn’t make a single three-pointer on 7 attempts. It was his lowest point total of the season and his team was a -22 on the +/- with him on the court. The game was pretty much over, so he sat out a decent chunk of the 4th quarter which should be good for his legs coming into tonight’s game.

What we saw on Sunday is definitely not Trae Young we are accustomed to seeing — he averaged 25.5 points per game against Miami in the 4 regular-season meetings. He also shot 37% from the field over his last 10 regular-season games from three-point land, making 4 threes in 4 of his final 7 regular-season games. Miami’s defense surely can’t be that good in Game 2 as well, so I’m expecting a bounce-back game from Young here.

Also check out our same game parlay for Timberwolves vs Grizzlies (+1032 odds!)

Butler loves setting up his teammates, as we saw in Game 1 where he had 4 assists. That’s slightly down from his usual 6.3 assists per game average from the 3 meetings with the Hawks during the regular season. He also finished the regular season averaging 4.8 assists over the last 8 games. Atlanta is surely going to make adjustments on the way they are guarding him in Game 2, he shot 60% from the field and 50% from three in the Game 1 win.

With his teammates connecting on 17 of 36 threes in Game 1, Butler has plenty of scoring options to dish it out to. His big man Adebayo attempted just 5 shots on Sunday, Butler is surely aware of that and I think we can expect him to be more active and get others more involved here.