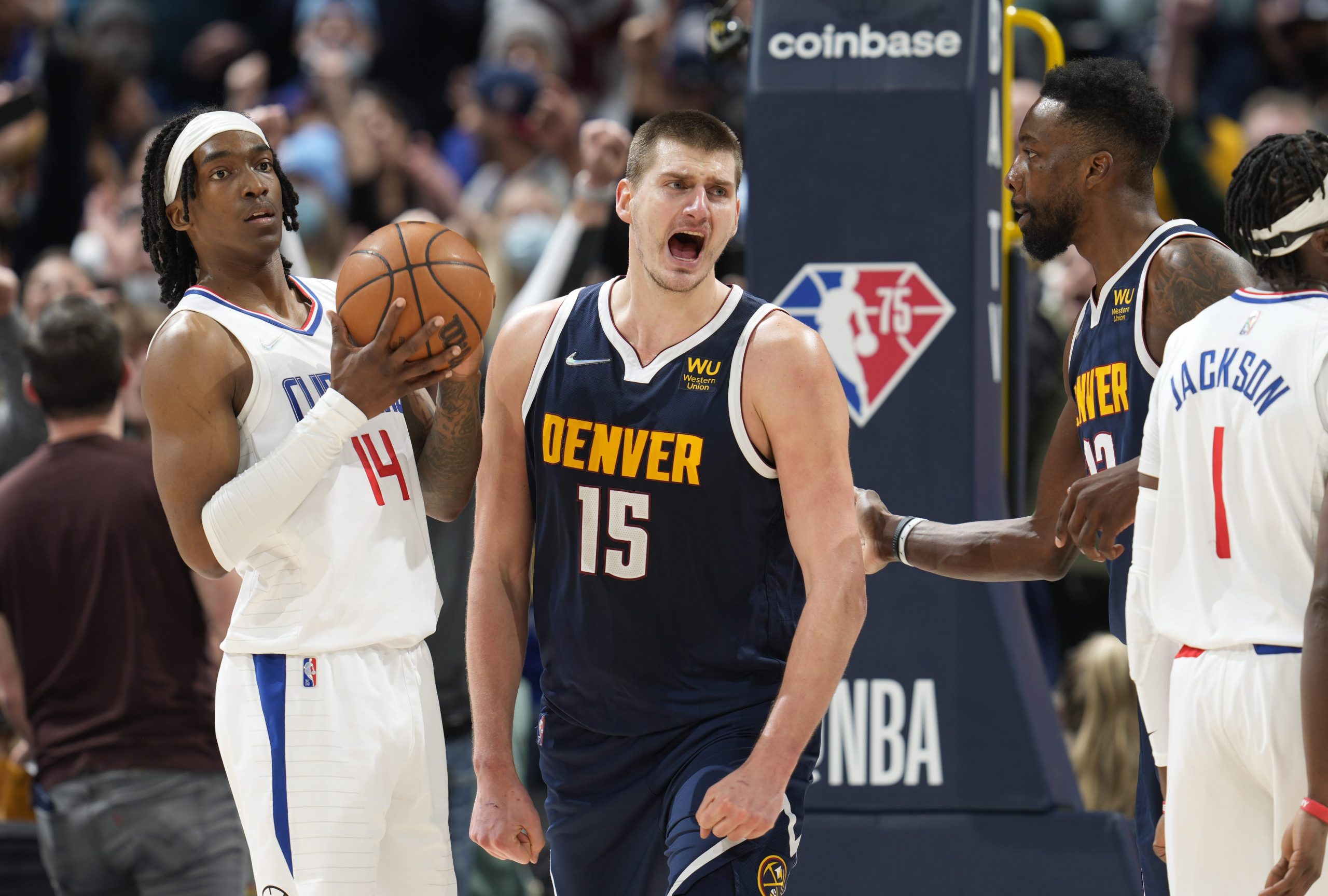 In the 2nd part of tonight’s TNT doubleheader, it’ll be the Los Angeles Clippers and Denver Nuggets squaring off for the 4th and final time this season. To spice things up, I’ve prepared a same game parlay for this matchup, which you can find below.

Don’t forget to also check our predictions on the side and total for the rest of Tuesday’s 4-game slate, including the 1st part of the TNT doubleheader between the Atlanta Hawks and New York Knicks.

Let’s get into the Clippers vs Nuggets game first though!

Jokic just loves squaring up with Clippers center Ivica Zubac for some reason. He is averaging 32 points per game against the Clippers this season on 54% shooting from the field and an impressive 45.5% from three-point land. The last time he faced the Clippers, he finished with a monster triple-double of 49 points, 14 rebounds and 10 assists. He also shot 16-for-25 from the field in that game — the Clippers simply couldn’t do anything to stop him. I’m counting on Jokic to put on a show tonight as well, to make amends for a disappointing defeat against Boston the other night. With playoff seeding and the MVP trophy on the line, Jokic will be extra motivated here.

Gordon’s numbers against the Clippers have been off the charts in the 2 meetings so far this season. He’s averaging 29 points per game on 65% shooting from the field and 45% from three. More importantly, though, he’s averaging 8 boards per game and he’s gone over 5.5 in 4 of his last 6 against LA. I think tonight’s game could be a high-tempo one, similar to the previous meeting played in Denver which ended with 258 points scored. That would definitely work in Gordon’s favor here, as the 2 teams combined for 91 rebounds in that game. Expect Gordon to be active on the glass.

Getting to 4 assists shouldn’t be a big deal for Morris here as he has had a really solid run over his last 10 games, averaging 4.6 dimes. In 3 meetings with the Clippers, he’s averaged 6.3 per game while playing 37 minutes a night. Over his last 5 games, he’s finished with at least 4 assists in all but 1 of those games, so I am feeling really good about his chances here.

The Nuggets remain thin in the backcourt due to injuries, so he will be handling the ball a lot more often than usual. Los Angeles isn’t really elite when it comes to stopping the other team’s ball movement. They allow 24 assists per game this season, which ranks them only 12th in the NBA. In their last game, they allowed the Jazz to collect 30 dimes, which is really good news for our bet.