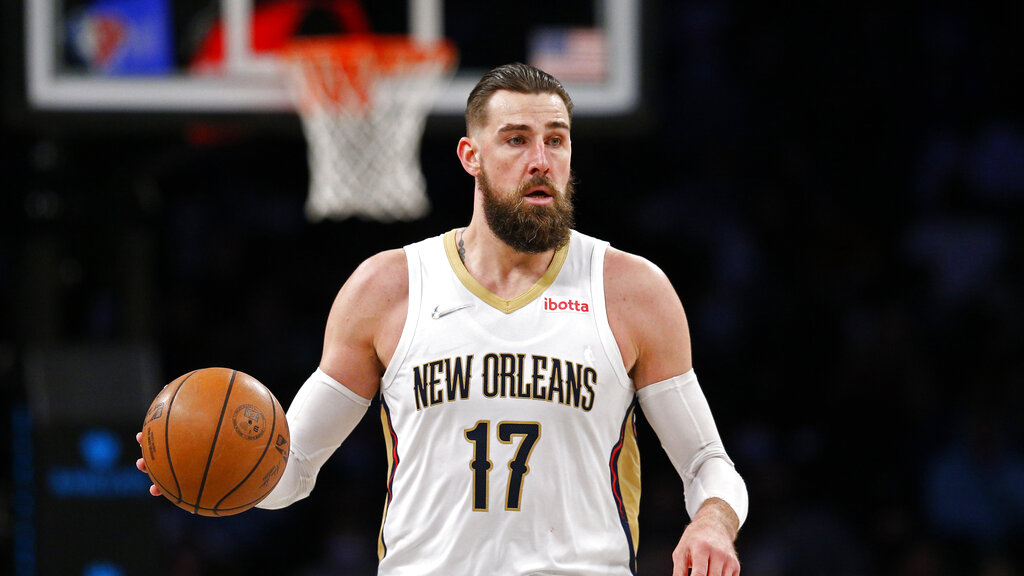 It’s an all-Western Conference affair at the Smoothie King Center tonight as the Phoenix Suns take on the New Orleans Pelicans. Catch the game live on NBA TV from 8:00 pm ET, and to add some excitement I’ve prepared a same game parlay which is available below.

After you’re done checking it out, be sure to also go through our predictions on the side and total for the rest of Tuesday’s 4-game slate.

Although they are 5.5-point underdogs heading into this game, the Pelicans aren’t without a chance of pulling off the upset here. They actually beat the Suns in the last meeting some 3 weeks ago, 117-102, in one of the first games without Chris Paul for Phoenix. The Suns are just 6-4 without CP3, while the Pelicans have covered the spread in 5 of 7 games against Western Conference opponents and in 5 straight against Pacific Division teams.

Jonas Valanciunas had one of his best games of the season with 32 points and 10 boards in the Pelicans’ latest win, and he should be a handful for Deandre Ayton on the boards here. With the number 1 seed all but secured, the Suns could relax a bit here and that is the opportunity for these Pelicans to get one over them.

The Pelicans are among the worst teams when it comes to defending the perimeter this season, allowing 35.9% of makes which ranks them only 23rd in the entire NBA. Over their last 3 games, they are allowing 41.7% of makes from distance — only 2 teams are worse than that during that period.

Bridges has had some really good performances against the Pelicans this season, averaging 17.7 points per game in 3 meetings. He is shooting 60% from the field in those games and 47.1% from three-point land. He has also made at least 2 threes in 5 of 7 games played in the month of March, so I’m expecting him to make a couple shots tonight as well.

With his namesake Cameron Johnson being questionable here, the scoring load will increase for Cam Payne significantly. That shouldn’t be an issue for him as he’s scored 20 or more points in 2 of his last 5 games and for the month of March he’s averaging 15.3 points per game. Tonight’s game has the potential to be a high-scoring one and if that is the case then Payne will fill up the stat sheet.

With C.J. McCollum potentially missing the game due to health and safety protocols, there won’t be many elite defenders to worry about in this game either. This Pelicans defense isn’t really confidence-inspiring, they’ve allowed 118.3 points per game over their last 3 outings. Fingers crossed Payne takes advantage of that.