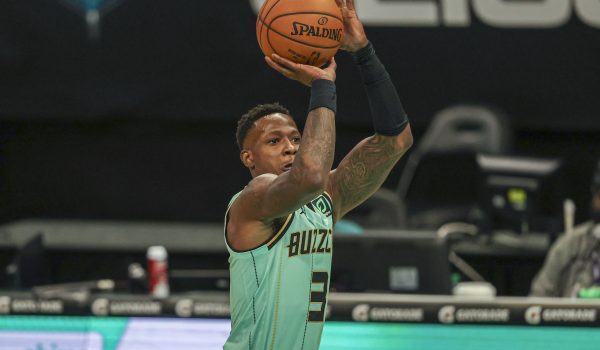 A total of 12 teams will hit the NBA hardwood this Tuesday, and we’ve got a couple of exciting games on NBA TV and TNT!

The Milwaukee Bucks and Charlotte Hornets square off at 7 p.m ET and this game will be the focus of our same-game parlay.

We also have picks on the side and total for the Dallas Mavericks’ clash against the Golden State Warriors (live on TNT at 9.30 pm ET), as well as the other four games that are being played today.

The Hornets have connected two wins in a row at home, beating the Boston Celtics by an impressive 21-points in their last game. They rank in the upper echelon when it comes to three-point attempts and makes and are also strong on the offensive glass. Milwaukee is vulnerable from deep and that is the Hornets chance to pull off the upset here. They’ve also been solid at home this season winning 16 of 28 games and the Bucks are 0-5 ATS in their last five visits to Charlotte. The Hornets have also won both meetings so far this season by 12 and 8 points.

Bridges has had back-to-back 20+ point games, scoring 25 in the win over Cleveland and 20 in the win over Boston on Sunday. Over his last 10 games he is averaging 20.7 points, almost doubling his season average. With LaMelo Ball and Gordon Hayward out, he has stepped in and become one of the most important pieces of this Hornets team, especially on the offensive end. In the two games against Milwaukee this season he has averaged 18.5 points on 59 percent shooting from the field and 50 percent from three, while going a perfect 6/6 from the free-throw line.

Scary Terry has been on fire from deep in the past month or so. In the month of April he is averaging 3.2 makes on almost nine attempts per game while shooting 35 percent. He went Over 3.5 threes in three of his last five games, including a 7/13 performance against Portland. In his last game against Boston he made five of them and in the two meetings with the Bucks this season he is shooting 40 percent from deep. As a team the Hornets went 21/43 on Sunday and it all starts with Rozier, I expect him to let it fly from deep yet again tonight.