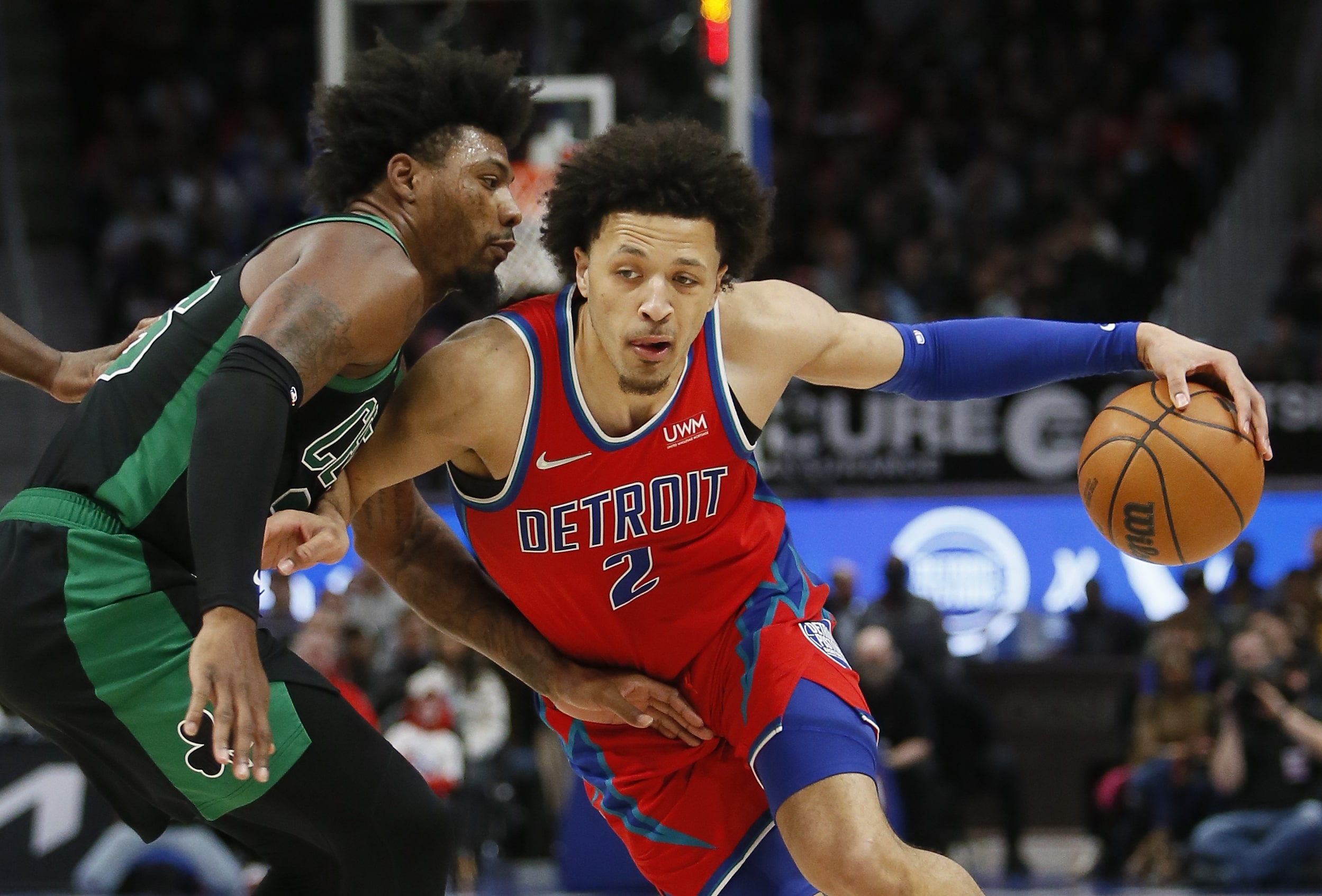 March means the arrival of some good weather, and it also means basketball. The NBA is coming down the home stretch of the regular season, with intriguing daily schedules on the menu left and right. Tuesday doesn’t offer the most substantial slate of games (6 in total), but it packs a punch. A double-header on TNT highlights the festivities, and it begins with the Celtics hosting the Hawks before the Lakers entertain the Mavericks.

For this parlay we are going with two favorites– one on the money line and one against an alternate spread – and one underdog straight up. Let’s break down each of the three legs one by one.

Detroit won a rare road game (in overtime) at Charlotte this past weekend. The Pistons have won 3 of their last 4 contests and they are playing as well as they have all season. In the defeat of Charlotte we were able to see how the trio of Cade Cunningham, Saddiq Bey, and Jerami Grant can work together when they are clicking. Washington is well ahead in the standings, but at this rate by the end of the season these teams could be pretty close. The Wizards are playing without Bradley Beal and Kristaps Porzingis, their best players. Without them, they are left with a roster of role players and that can only take them so far. The Wiz have lost both of their games since the break, a high-scoring affair with San Antonio and a low-scoring battle against Cleveland. There is no identity to this group right now. An upset is well within reason.

Check out our Pistons vs Wizards preview

The Clippers continue their playoff push as they travel to Houston to face the struggling Rockets, who have lost 9 in a row by an average of 16.3 points and have covered just twice during this skid. They are also a horrendous 7-29 straight up against the Western Conference, 7-16 ATS as a home underdog in 2021-22, and 15-20-1 ATS against the West. The Clippers have won and covered in 5 of their last 6 games. While L.A. will still be without Paul George, Houston is likely down Kevin Porter Jr. It should also be noted that the Rockets are also the worst rebounding team in the NBA. They allow the most points per game of any team in the association at 117.8 and are giving up 122.3 ppg over their last 10. The Clippers are back above .500 for the first time since January 9 and still fighting to get no worse than the No. 6 seed in the conference, which would allow them to avoid the play-in tournament. Look for a motivated Los Angeles squad to win big.

Check out our Clippers vs Rockets preview

The Lakers are a complete disaster at the moment, losers of 2 straight and 9 of their last 12. If the regular season ended now, they would be in the 9-10 play-in game against the Pelicans and would have to win twice to get into the actual playoffs. Anthony Davis remains out and the offensive is totally disjointed even though LeBron James is still performing at an extremely high level. The Mavericks, on the other hand, are 6-2 in their last 8 after coming back from 19 points down in the 4th quarter to stun Golden State on Sunday. Don’t be surprised if Dallas wins by double-digits at the expense of a beleaguered opponent.