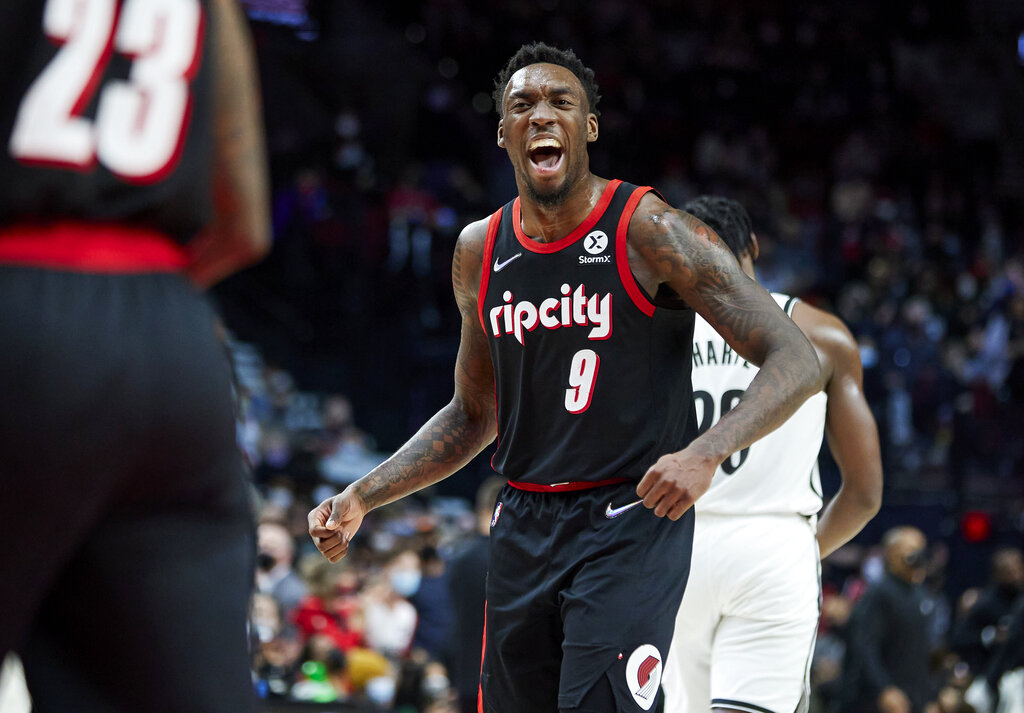 It’ll be the 4th and final regular-season meeting between the Portland Trail Blazers and Phoenix Suns as they clash tonight on ESPN. Tip-off is at 10:00 pm ET, and you can find my same game parlay for that matchup below.

We also have predictions on the side and total for the rest of Wednesday’s 8-game slate, including James Harden’s home debut for the Philadelphia 76ers as they host the New York Knicks.

Let’s jump into the Blazers vs Suns game now!

Don’t be fooled by the massive odds on a road win in this game. The Phoenix Suns are very vulnerable right now – they’ve lost their last 2 games and not having Chris Paul at their disposal is finally catching up to them. Devin Booker has tried to take over some of the point guard duties, but with Paul’s replacement Cam Johnson still being out there’s a lack of ball-handling guards available for Monty Williams.

Portland has already beaten the Suns once this season, 134-105 back in early October, and the last time they met the game went into overtime with the Suns edging it out in the end by just 4 points. Portland has also been hit hard with injuries, but they have pulled off some surprising results lately, winning at both Milwaukee and Memphis. I wouldn’t be too shocked if an upset was on the cards here.

With Dame Lillard out injured and C.J. McCollum and Norman Powell traded away, Simons has taken over the reins as the number one scoring option for the Blazers. Over his last 10 games, he is averaging 23.7 points on 45.5% shooting from the field and almost 39% from three-point land. Although he had just 16 points in the recent loss to Denver, Simons has scored over 23.5 points in 5 of his last 6 games. With Jusuf Nurkic out of the lineup with a foot injury, the Blazers will try to run with the Suns here and if that’s the case everyone’s stats should go up, including Simons. Don’t be surprised if he goes for 30 points.