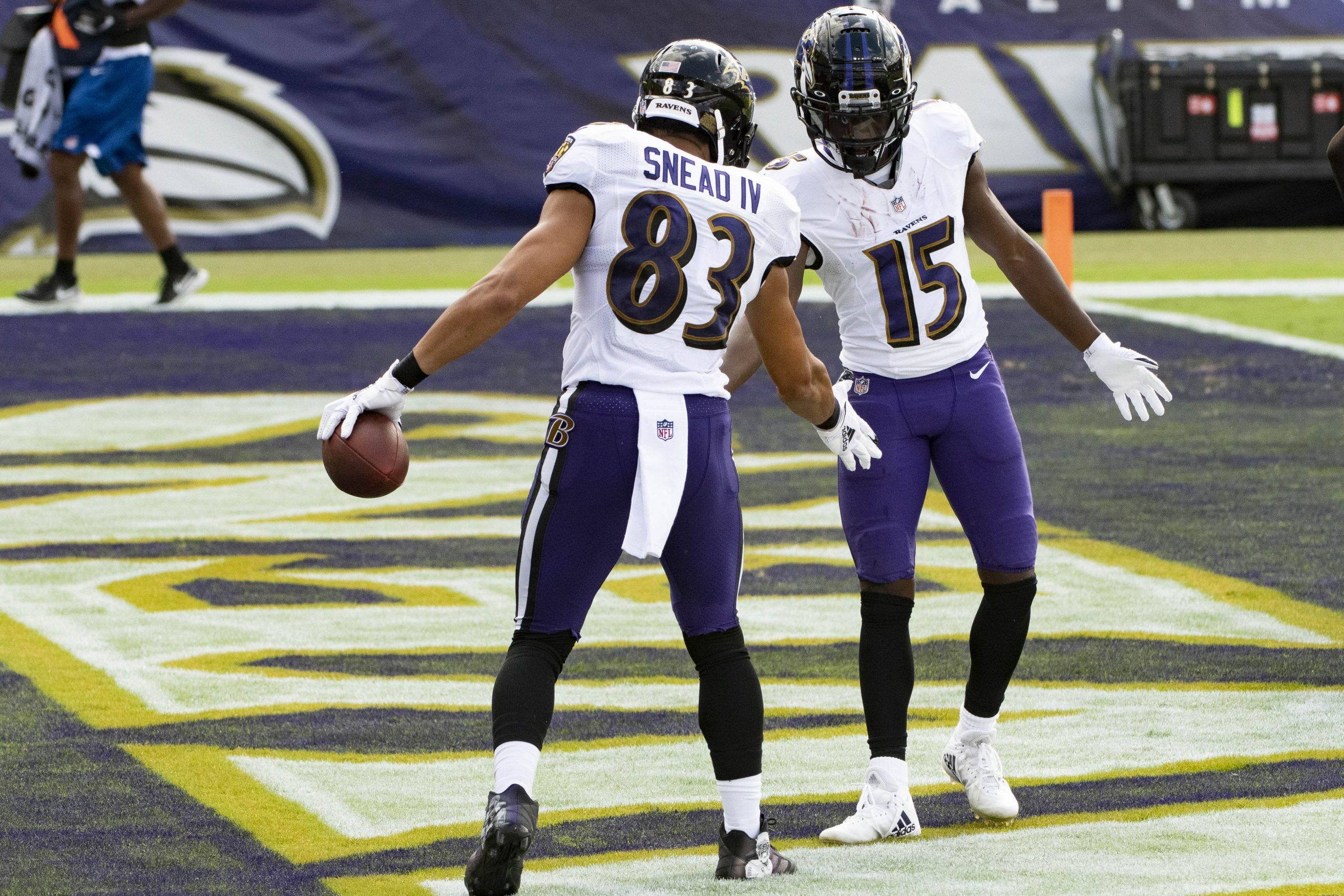 It is without question the biggest game in Week 8 of the NFL season, as the 6-0 Pittsburgh Steelers head to Maryland to take on the 5-1 Baltimore Ravens. AFC North rivals collide in a bit for division supremacy and the opportunity to make a big statement for this year’s postseason.

Both teams have been red hot so far, bar one blip from Baltimore against Kansas City. Last week Pittsburgh held on to edge Tennessee 27-24, who was also undefeated at that point. The Ravens meanwhile were on a bye, so should be raring to go here.

A same game parlay with FanDuel or PointsBet offers bettors the chance for a big payout, and enhances the excitement of this huge game. You can check out our full preview of the game, which features picks on the side and total, as well as our other picks for Week 8.

Marquise Brown to score a touchdown (+165)

Some of these picks are correlated, which sets a good baseline for a same game parlay. I expect the Steelers to at least keep this within a field goal, and with how hot both defenses have been a low-scoring game can be expected. But by adding a wild card — Marquise Brown to score a touchdown — the odds get a hefty boost.

I understand why Baltimore is the favorite for this game, but getting an unbeaten team with a field goal headstart at plus-money is a steal. Pittsburgh has been pushed in a few games this season but they’ve always come out on top, and has looked good on both sides of the ball while doing it. The Steelers have scored at least 26 points in every game this season, and boast the best run defense in the league. That latter strength will be the real deciding factor in this game. We all know how hot the Ravens are on the run, and if Pittsburgh can contain Lamar Jackson’s rushing ability, especially if Mark Ingram is ruled out, then the Steelers should have a big advantage. I expect this to be a really close game, so take Pittsburgh with the points.

Both Baltimore and Pittsburgh are renowned for their rigid defenses, and a low-scoring game is expected at M&T Bank Stadium. I’ve already mentioned above how hot the Steelers have been against the run, but the Ravens have allowed the fewest points in the NFL this season and have kept four of their six opponents to under 17 points. Oh, and that came before Baltimore traded for Yannick Ngakoue, who will now line up opposite his old Jacksonville teammate Calais Campbell on the defensive line. Roethlisberger has struggled at times this year and I think defenses dominate this one.

As I mentioned earlier, the Steelers have been fantastic against the run, allowing just 413 rushing yards all season and 3.4 yards per carry. They’ve also given up just four rushing touchdowns. Mike Tomlin will know how much of a threat Lamar Jackson can be running the football, and I expect him to have that well scouted. Jackson has topped 61 rushing yards only twice in six games this season, and it’s hard to see why he should have much success running the football against this defense.

Marquise Brown to score a touchdown (+165)

For all Pittsburgh’s success against the run, they have struggled at times in the passing game — against wide receivers in particular. They have allowed nine receiving touchdowns to wideouts this season, which is the joint-sixth most in the league. When Baltimore’s run game isn’t working Jackson is going to have to air it out, and I expect him to turn to the ever-reliable Marquise Brown. Although he has found the endzone just once this year, the Oklahoma product has had at least six targets in every game and earned plenty of yards. By adding this to the same game parlay, the odds receive a significant boost so is well worth rolling with.