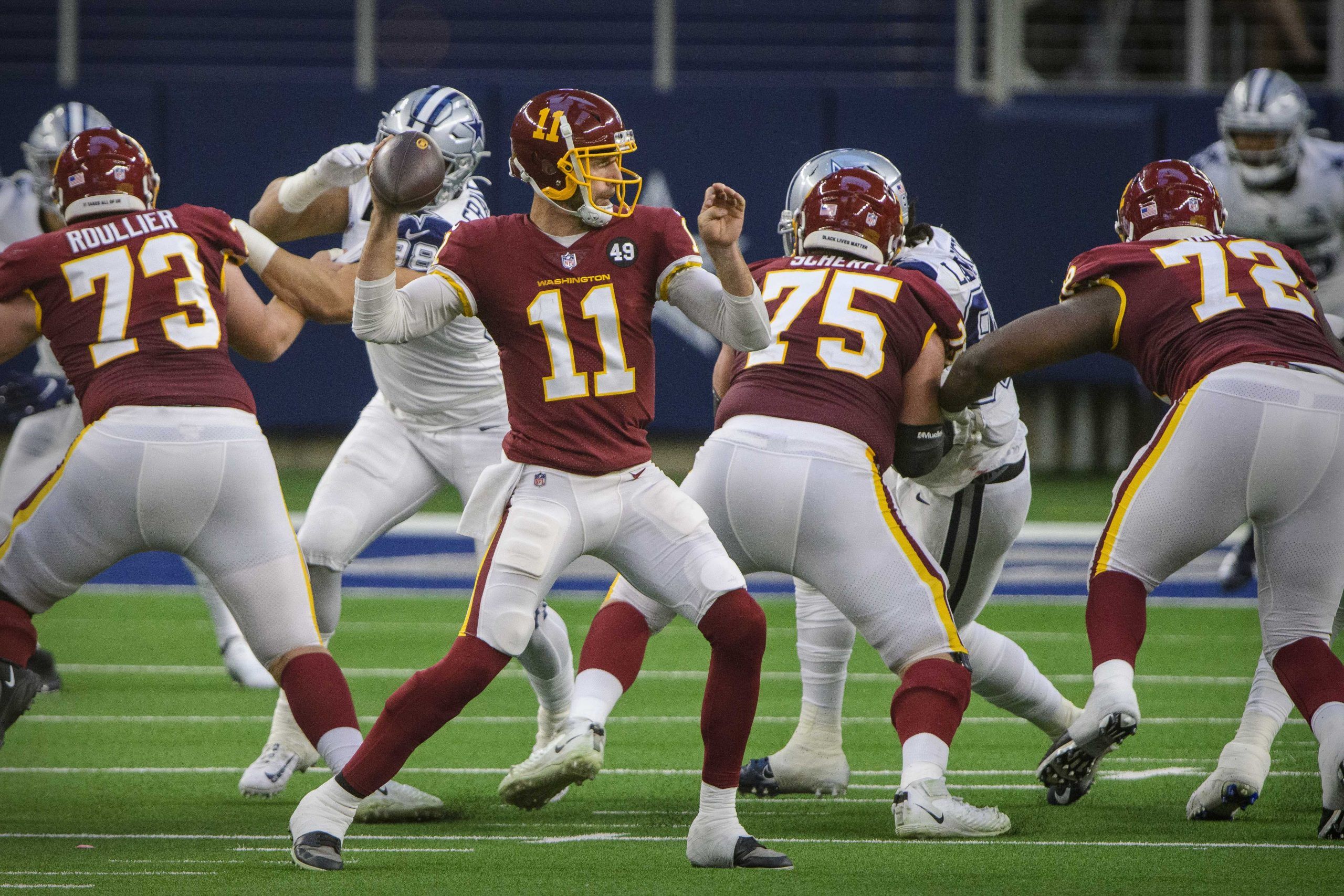 Three spots are still up for grabs in the NFC as the final week of the season approaches this weekend. While the scenario is much more clear-cut than in the AFC, nothing is a certainty: the East, probably the most intriguing division in the league for better or for worse, will come down to Game 256, the final regular-season contest of the year, to decide its champion.

For the Washington Football Team, the equation is simple. Win and you’re in. Lose and you’re out. This is a playoff game as much as next week’s potential game would be. Washington failed to clinch the division last week against Carolina, but they’ll have another shot on Sunday night as their game against the Eagles has been flexed to prime-time.

The Football Team made headlines earlier this week, releasing former first-round draft pick Dwayne Haskins, who didn’t come close to proving his worth as the franchise quarterback they’d hoped he would turn out to be. Haskins’ poor performance on the field, combined with his poor decisions off the field, led to the end of his tenure, and it will instead be Alex Smith, still battling a calf injury, who’s expected to get the start under center (coach Ron Rivera said he was “optimistic” Smith would be ready).

All eyes in Washington’s front office will be on MetLife Stadium in New Jersey earlier in the day. The loser of the Cowboys-Giants game will be eliminated, while the winner will be on the edge of their seat throughout the evening, as that team would clinch the division with a Washington loss. Washington owns the tiebreak over Dallas but not New York, and if all three teams finish at 6-10 it would be the Giants who go through. Smith has gone 4-1 in his five starts, but that’s been thanks to his defense rather than his own play. In a primetime game, the slight underdog Eagles are a good bet to win the division for one of their two bitter rivals.

Two wild card spots remain, and the Los Angeles Rams and Chicago Bears, who currently hold the sixth and seventh spots, just need to win to clinch a playoff berth. The Rams play the Arizona Cardinals, who are on the outside looking in, but while Arizona is the only team that would be automatically eliminated with a loss, they’ll also clinch a spot with a win. In that case, they’d have the tiebreaker over Los Angeles, and only a Chicago Bears loss to the Packers would send the Rams to the playoffs.

The Packers, though, have as much to play for as any team in the league: they hold the top spot but know their first-round playoff bye is in serious danger if they don’t win on Sunday. They’re a better team than the Bears, and should be able to clinch their top spot in an empty Soldier Field. Assuming the Packers do hang on, the Bears will be cheering hard for a Rams win, as they would be the ones on the short end if Arizona and Green Bay both get the job done. The Rams-Cardinals game is a clear tossup, with Los Angeles favored by just 1.5 at the time of writing, and it’s clearly the game you should be keeping your eyes on in the 4:25pm window.

New York over Washington and Dallas (6-10)

Chicago and Arizona over Los Angeles (9-7)