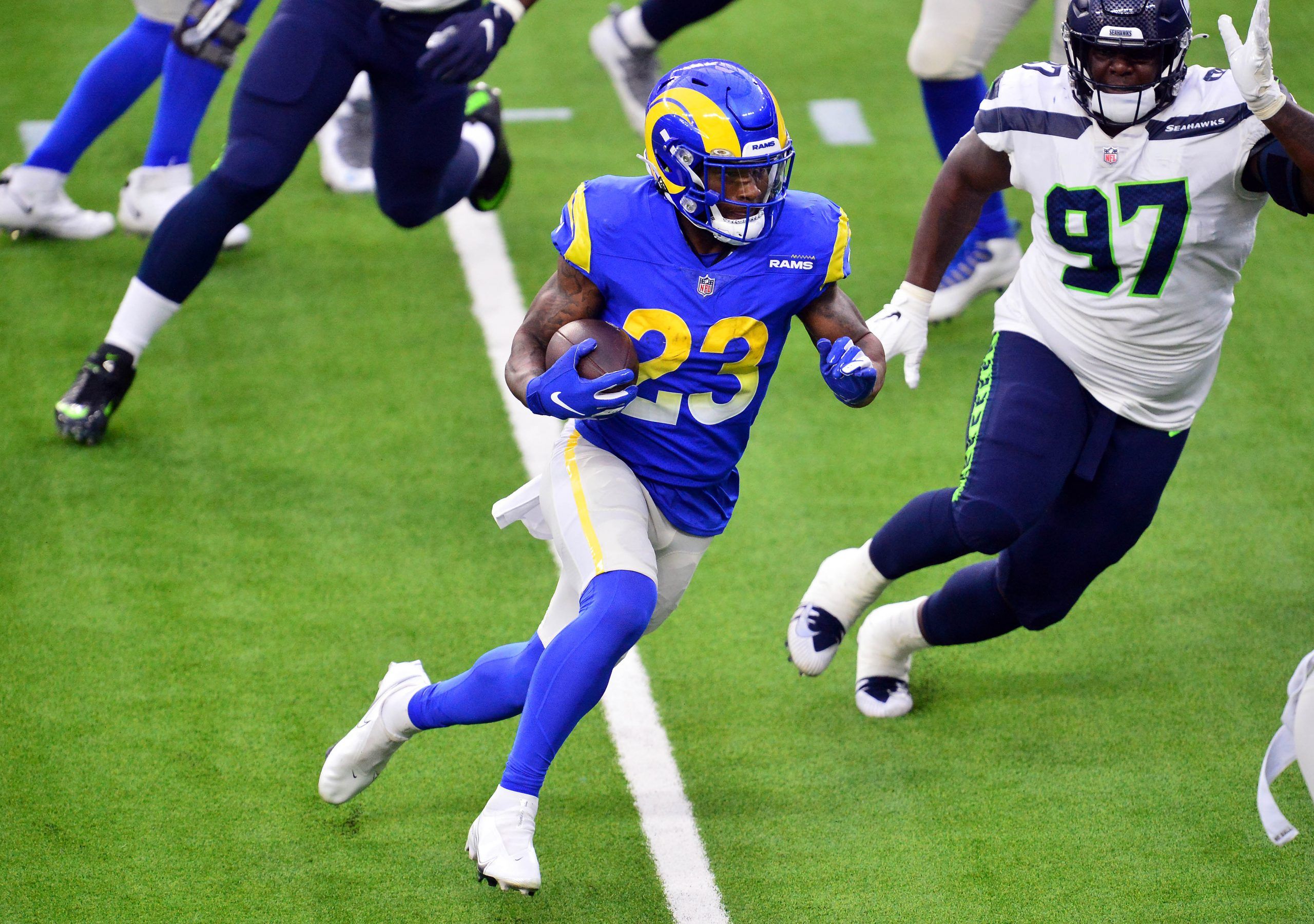 The NFL playoffs are here, and with the expanded format we’ve got three wild card games on each day this weekend. We’ve been bringing you the best plays each and every week this season, including some guys who are flying under the radar that might be low-owned with tournament winning potential. We’ll also be letting you know about a couple of popular players you should avoid at all costs.

Without further ado here are our Saturday wild card picks, using pricing from DraftKings and FanDuel. We’ll of course have picks for Sunday as well, so check back later for those.

I usually advocate being a contrarian in daily fantasy, but I don’t think you can fade Allen here given the rest of the quarterback options. Tom Brady is the second most expensive passer, and he’s playing in a game with a total in the low 40s against a tough defense. Russell Wilson has really struggled against the Rams this year, and none of Philip Rivers, John Wolford, or Alex Smith are particularly appealing fantasy options.

Allen played at an MVP caliber level down the stretch, and he enters the playoffs on fire. In just *one half* against a solid Dolphins secondary last week, he passed for 224 yards and three touchdowns, so obviously his upside is off the charts. He had at least 35 fantasy points in each of his final two full regular season games.

Jonathan Taylor makes a lot of sense here as well but that one is a bit obvious, and I think Akers makes a lot of sense from a value perspective. He got 21 carries last week, so clearly his ankle isn’t bothering him too much. He’s had at least 15 carries in each of his past four games, and you very rarely can get that much volume at this low of a price.

He also had four catches for 52 yards in Week 17, and if he can stay involved in the passing game here then he’ll have a very high floor as well. Assuming Jared Goff isn’t ready to go that means Wolford will be making his second career start here, and Sean McVay will want to lean heavily on the run if at all possible.

I think Hilton is being underpriced here as well. In Week 17 he still had 13.7 PPR points in what was a down game for him recently. Right before that he’d put up at least 60 yards in five straight games. Hilton came on strong down the stretch after a slow start, and had five touchdowns in his final six games. The Colts are underdogs of almost a touchdown, which means they project to be passing a lot in this spot.

I’m not scared by this Buffalo defense, as it was Allen and the offense carrying the team this season. This game has by far the highest total of the three games on this slate, so it makes sense to have your quarterbacks and receivers from this one.

The tight end cupboard is just too bare here to not play Thomas. The converted quarterback has been a great story for Washington this year, and he’s become a bigger part of the offense with each passing week. Over his past three games, Thomas has a ridiculous 34 targets, and he managed to put up 12.7 PPR points last week even in a game where Washington’s offense did absolutely nothing. Tampa Bay’s defense has been relatively strong overall, but they’re just middle of the pack against tight ends.

Like I mentioned Brady is the second-most expensive quarterback, and I don’t see any way you could play him here. He finished the season hot, but his last four games came against lifeless Falcons, Lions, and Vikings defenses. He struggled all year long when under pressure, and he should see a lot of it here from Chase Young and co.

I also can’t roster Carson. He’s the second-priciest running back behind only Taylor, but he hasn’t topped 11 PPR points in three straight games. In Week 17, he got only 11 carries. The Rams are very stout against the run, so I don’t see him breaking out. I’m not paying up for Metcalf either, given how he has struggled against Jalen Ramsey in both meetings with Los Angeles this season.