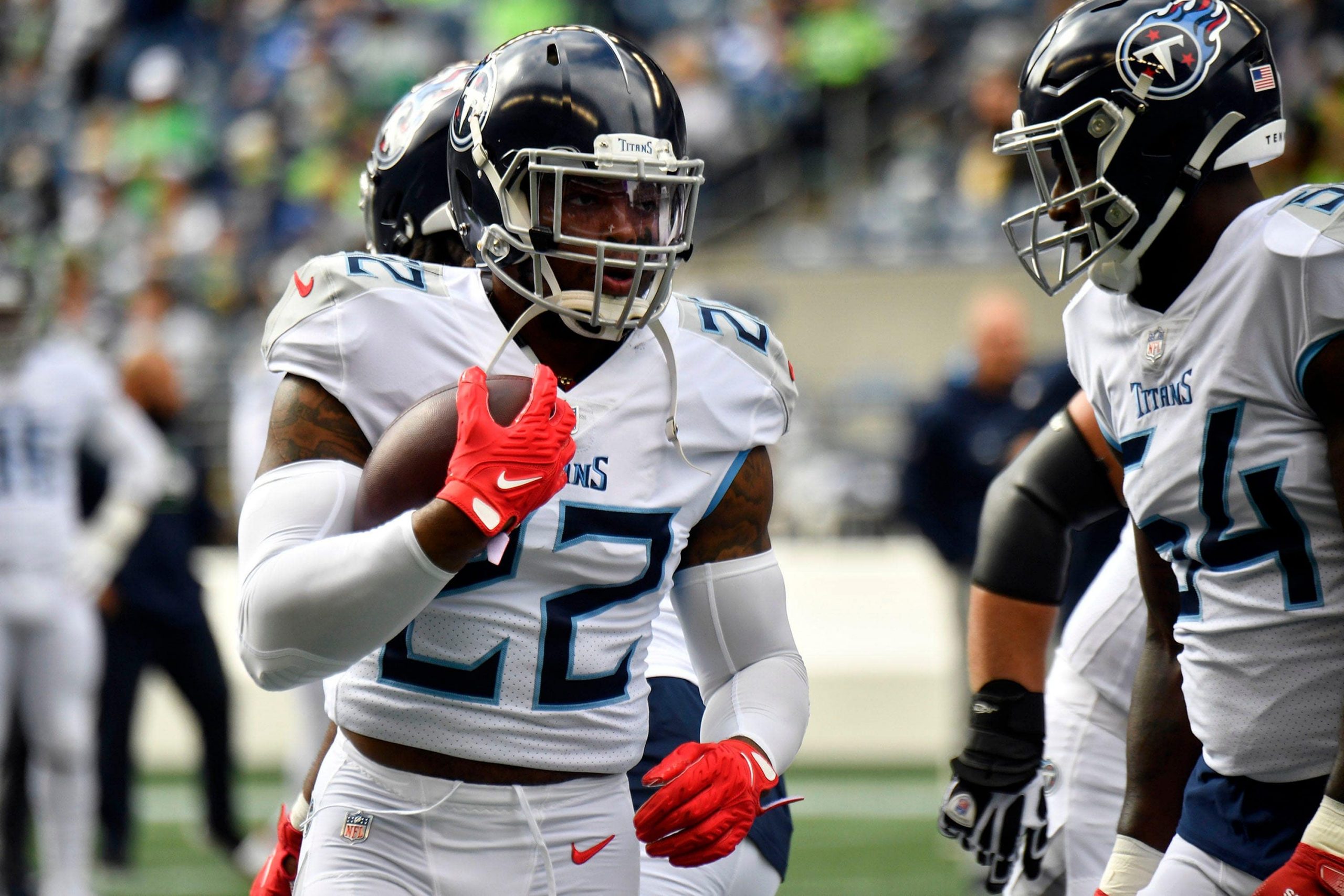 While NFL Week 6 had some highlights for the fantasy football community, much of it was considered a bust. The Chargers were a major disappointment and a lot of the marquee talent posted numbers considered pedestrian by most. We’re hoping to finish off the week with a bang, though, as top running back Derrick Henry squares off against the Buffalo Bills defense–also No. 1 in the league. You also have a high-octane offense in the Bills against a struggling Tennessee Titans defense. However, if you’re someone who likes to bet the Monday night home ‘dogs, you know this game may not unfold exactly as the public thinks. Some of the chalk will play, but we might have to get a little contrarian in some places if we want to cash.

Let’s take a look at some of the best options for a Monday Night Football DFS showdown lineup.

The assumption is the Titans will have Janoris Jenkins shadowing Stefon Diggs through most of this game, so with his attention occupied and Kristian Fulton out, you’re going to see a hodge-podge of corners looking to cover Sanders. He is averaging six targets and 74 receiving yards per game and has four touchdowns in his last three. This could be another big week for the veteran wideout.

Moss has taken over this backfield, having out-snapped and out-carried Devin Singletary over the last two weeks. It doesn’t seem like the Bills will need to throw as much as they usually do. With the Titans ranking 27th in DVOA against the run and allowing 112.8 yards and seven rushing touchdowns already, Moss is in a great spot for tonight.

We have seen teams stack the box in the hopes of stopping Henry and they have failed miserably. The Bills’ run defense has been incredibly strong, allowing fewer than 80 yards per game. But just when you think a team has Henry’s number, they don’t.

Don’t forget to read our same game parlay for Bills vs Titans (+1033 odds!)

He doesn’t have to post eye-popping numbers to return value if you don’t use him in the top spot and this feels more like a 250-yard, two-score game based on potential game flow. Allen has been extremely productive throughout the first five games, but head coach Sean McDermott knows when he needs to really unleash him and when he can ease up on his throwing.

If the Bills key in on Henry, it forces the Titans to throw more in the hopes of keeping pace or even winning this game. His primary weapon, A.J. Brown, is questionable and is expected to be limited even if he does play. Thus Tannehill is going to have to spread it out to his other targets if he is going to succeed.

What a season for Knox. Allen has started to incorporate the tight end and lot more in the passing attack and he should be active in this game. The Titans rank third in DVOA against the tight end position, but they haven’t really faced an offense that features one either. They also gave up a touchdown to Jaguars tight end Jacob Hollister last week, so they can be vulnerable.

With Brown limited or even out, it will be up to Jones to be the main target for Tannehill. He’s not the dominant receiver he was while with Atlanta, but in a featured role tonight he should be able to post strong totals–especially if the Titans are using their safeties to cheat in and stop the run more.

The Bills lead the NFL with 15 takeaways and they give up the fewest yards per game. If they do focus on stopping Henry and force the Titans into throwing the ball more, we could see a few extra turnovers…and hopefully a pick-six.