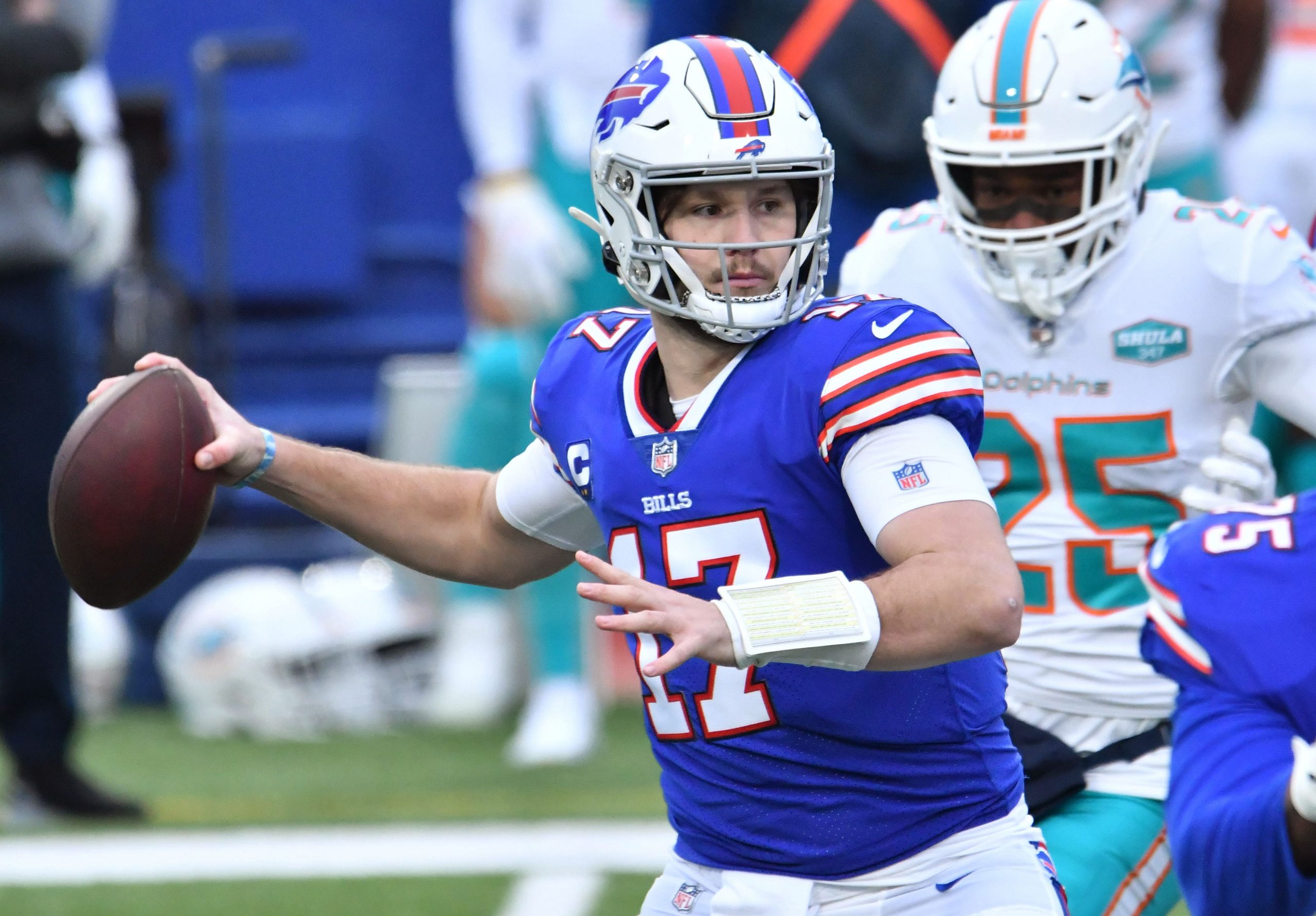 After another wild and crazy NFL Sunday, we’re treated to a stellar bookend with our Monday night matchup. The AFC East-leading Buffalo Bills take on the top AFC South team, the Tennessee Titans. Before I give my player prop of the game, be sure to check out our expert’s picks for game sides and totals.

These two teams are flush with star players, which usually makes for a great game, especially in prime time. Tonight, my favorite play does focus on one of those elite players, with a bit of a twist.

Line available at time of publishing. Playable down to 37.5 attempts.

This bet is not an indictment on Allen, who is playing MVP caliber football through the first 5 weeks. The star quarterback has thrown for 1,370 yards and accounted for 14 total touchdowns thus far. If anything, this is a wager on Allen and the Bills continuing to play incredibly efficient offensive football.

Allen has stayed under this line in 3 of 5 games. Over the last three weeks, he’s averaged 9.3 yards per pass attempt, which would rank him 2nd in the NFL. The addition of Emmanuel Sanders and emergence of Dawson Knox to complement Stefon Diggs and Cole Beasley have improved what was already a dynamic passing offense.

And, against the Titans, there are a few variables that greatly support the under.

Tennessee has struggled mightily on defense so far this season. They are allowing the 3rd most yards per pass attempt (8.4), and the 8th most yards per rush attempt (4.5). What this lends to is plenty of chunk yardage by their opponents, without the need for significant quantity. So, despite allowing 26 points per game (9th most), the Titans’ opponents are averaging only 33.4 pass attempts per game. Each of the 5 quarterbacks they’ve faced has stayed under this total (including two games that went into overtime).

What this has led to is the Titans’ opponents averaging the fifth least plays per drive (5.5). With Allen as a very willing downfield passer (4th in aDOT), and the Titans allowing the 4th highest air yards per attempt, we can expect plenty of downfield throws.

What the Titans have been able to do successfully is control the clock. They rank 2nd in time of possession in the NFL, and have allowed their opponents to run the ninth least offensive plays per game. The main reason for this is the Titans’ offense predicated on giving Derrick Henry the ball. Run plays chew up the clock, and Tennessee is the sixth-most run-heavy team in the NFL.

The Bills themselves have transitioned from the 22nd most run-heavy team in 2020 to 10th in 2021. Part of this is due to gamescript — Buffalo has won each of their last 4 games by at least 3 scores. However, with both Zack Moss and Devin Singletary healthy and effective, and of course the threat of Allen with his legs, the Bills have been a much more balanced offense.

All in all, fewer attempts

What this all leads to is fewer pass attempts for Allen. There are several outs for this under, whether it be gamescript, Titans’ ball control, or hitting several downfield plays. I love Allen to stay under this line tonight as I have him projected at less than 35 attempts.