HomeAnalysisNFL Analysis2021 NFL Predictions: Best bets to make or miss the playoffs in the AFC

2021 NFL Predictions: Best bets to make or miss the playoffs in the AFC 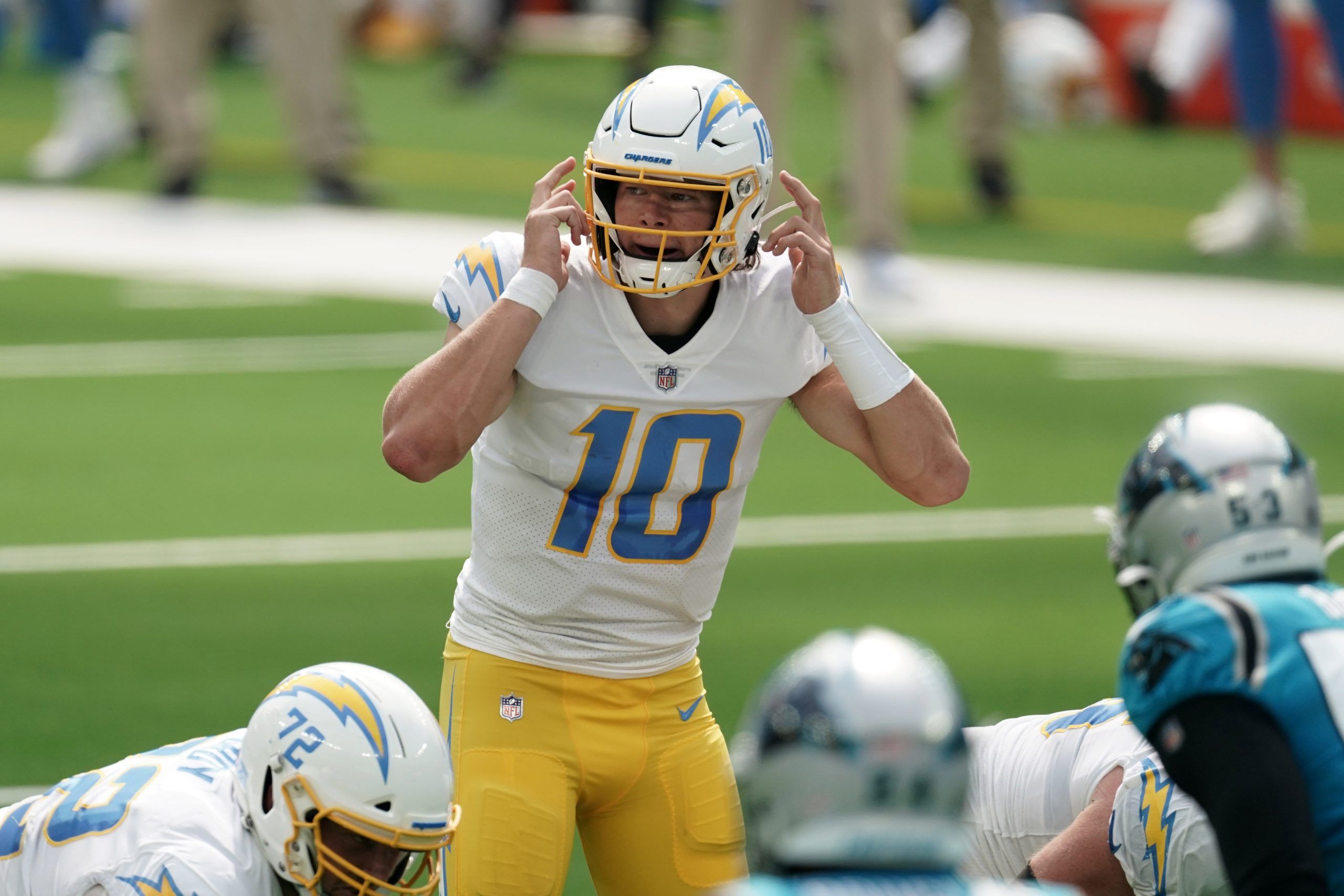 I'm an editor here at Pickswise who was raised in a household full of sports fanatics. Since I unfortunately never had LeBron James' jumping ability I wasn't able to make it to the NBA, and chose writing about sports as the next best thing. An avid sports bettor myself, I'm excited to get to write about the industry as it gets set to take off across the country. Buckle up.
Updated: 6:36 AM ET July 02, 2021

Unfortunately, the NFL season is still a couple of months away. On the bright side, we’ve got plenty of opportunities in the futures market to tide us over. One of my favorite futures bets is props on whether a team will make or miss the playoffs, and that’s what we’ll be taking a look at today. Starting with teams in the AFC.

We’ve got a ton of great NFL content coming as we rapidly approach the start of the regular season, so be sure to check back frequently. Without further ado, let’s dive into my four favorite bets for the AFC:

Let’s break them all down one by one:

I don’t just think the Chargers will make the playoffs, I think they’ve got the chance to be one of the best teams in the league. Justin Herbert was already one of the best rookie quarterbacks in NFL history last season, and now his situation has been dramatically upgraded. GM Tom Telesco finally went big to address the offensive line, drafting Rashawn Slater in the first round and giving All-Pro center Corey Linsley a massive contract in free agency.

The team also signed Matt Feiler to start at left guard, and if Bryan Bulaga can stay healthy they’ll have one of the best O-lines in the AFC. That’s after having one of the worst last season. They also played all of last year without Derwin James, one of the best safeties in the game. Adding James and Asante Samuel Jr. to a secondary that already includes Chris Harris, Michael Davis, and others, is just plain scary. Joey Bosa is one of the best pass-rushers in the NFL. Keenan Allen/Mike Williams/Austin Ekeler/Jared Cook is a rock-solid skill position group. You get the idea. This team is stacked with talent, and as long as they don’t get really unlucky again they should easily make the playoffs.

For our first ‘miss’ bet, the Titans make the most sense. With OC Arthur Smith departing for Atlanta, I think this offense could regress significantly. Don’t buy into the Julio Jones hype. Smith was the architect of their offensive resurgence, and I simply don’t trust Mike Vrabel’s staff. Vrabel’s defenses have been consistently bad in Tennessee, and they didn’t do much to address their woeful pass-rush this offseason. With Smith gone, Ryan Tannehill will likely take a step back to his pre-Titans renaissance days. The defense has too many holes and the offensive line is just average. A little regression from Tannehill and this team could unravel quickly. 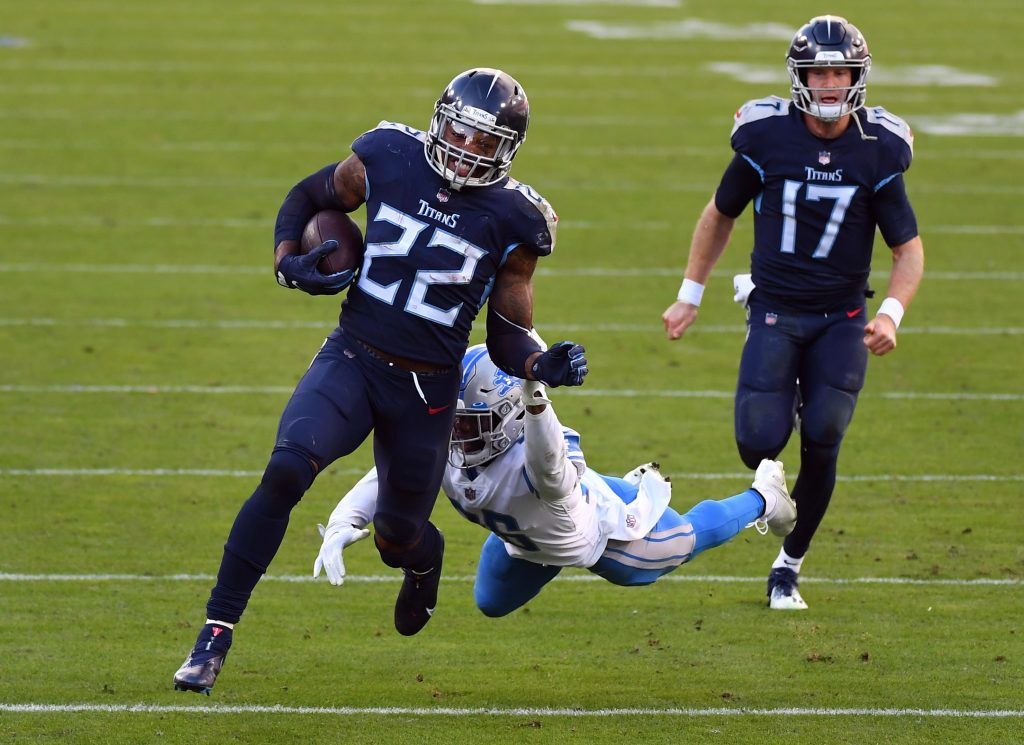 Heading back to the AFC West for our last ‘make’ bet. The Raiders aren’t being taken very seriously, despite the fact that they were a respectable 8-8 last year. Remember, they were the only team to beat the Chiefs in a meaningful regular-season game (Kansas City also lost in Week 17 when resting starters). That shows they already had all the upside needed. They managed to go 8-8, and the defense can’t possibly be any worse than it was last year. With even modest improvement, they should easily finish above .500.

The addition of Yannick Ngakoue will give them a real pass-rush for the first time in a while, and signing Casey Hayward is a huge addition to the secondary. This is also a good hedge against the Chargers, since whoever finishes second in the AFC West will almost certainly be getting in. It wouldn’t be at all surprising if three teams from the AFC West make the playoffs. It’s far from a lock, but getting better than 3/1 is too good to pass up as a dart throw.

This one is going to disappoint a lot of people who understandably got very excited about the Browns last year. I hate to rain on the parade, but I see regression coming in 2021. Their offensive blueprint of ground and pound can be hard to replicate, and the AFC North will be as tough as it gets. The Bengals aren’t going to be a doormat again, and games against the Ravens and Steelers will be as hard fought as ever.

I’m just not a believer in Baker Mayfield, and after the league has had a year to digest Kevin Stefanski’s scheme, things will come crashing down to earth. Cleveland was 11-5 last year, but somehow had a point differential of -11. If that doesn’t scream ‘regression’, I don’t know what does. They won an incredible amount of close games down the stretch, and that simply can’t be replicated from year to year. 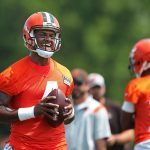