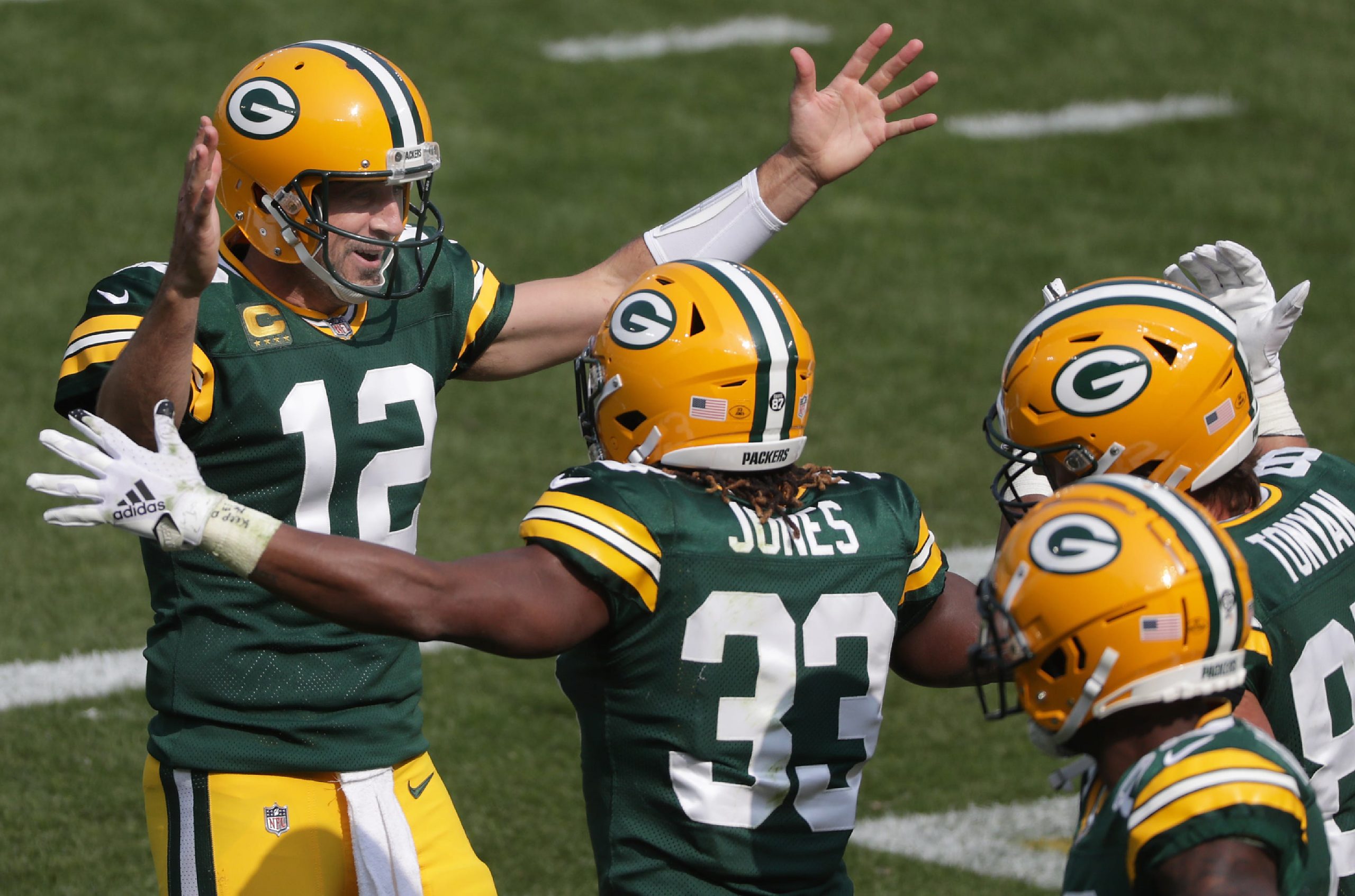 The first game of the divisional round will feature an exciting NFC matchup between the Green Bay Packers and Los Angeles Rams. Can Jared Goff and the Rams follow up on their upset over the Seahawks, or does Aaron Rodgers have other ideas?

Oddsmakers have the Packers as a favorite of just under a touchdown for this one, but right now we’re not talking about the spread. We’ve got plenty of thoughts on the game, including picks for the side and total, but right now we’ll be talking about some daily fantasy. Here’s what we’re rolling with in this single-game DraftKings showdown format:

There’s no way you can go with a Ram in the captain spot given the current state of their offense. The Rams have been elite at defending the pass thanks to Jalen Ramsey and Aaron Donald, so I can’t go with either Rodgers or Davante Adams here. That leaves us with Jones, who is a very solid choice. Jones was hurt for some of Week 16 and then didn’t have to do too much in Week 17 as the Packers had a huge lead. In his last game with a full workload against the Panthers he put up 28 PPR points against the Panthers, and that’s also the last time that Rodgers struggled. Jones is involved in the passing game which gives him a high floor, and I think Matt LaFleur’s gameplan will be run-heavy here.

We can’t fade Rodgers completely here though. He might not have his best game against this Rams defense, but he’s still a far better option than Goff and you can’t avoid both quarterbacks. If you take out that one game against Carolina, Rodgers has put up at least 23 points in ten straight games. He’s going to be the MVP for a reason, and even if he has to avoid Ramsey he’s still going to put numbers up. The bye week will also prove to be a huge edge for preparing for this unique Rams defense.

The Rams are going to ride Akers as much as humanly possible to try to hide Goff. It also makes a lot of sense because the Packers have a strong secondary but have struggled to stop the run at times. Akers sure looked like his ankle injury wasn’t bothering him in the wild card round, rushing for 131 yards and a touchdown against a Seattle defense that was actually pretty good against the run this season. Akers also has at least 45 receiving yards in back to back games, and I’d be surprised if we don’t see Goff throwing plenty of dump-offs here.

In order to fit Jones, Rodgers, and Akers into our lineup, we’re going to need to go with one super cheap option, and Reynolds makes the most sense. Reynolds didn’t do anything in the wild card round, but he had at least four catches in each of his two games prior to that. In his last game that Goff started, he had ten targets and also got a rush attempt, so I think his ceiling here is a little higher than people realize. Cooper Kupp and Robert Woods will draw the attention from the Packers’ shutdown corners, and Kupp isn’t going to be 100 percent here.

Since I think Ramsey will be able to at least partially slow down Adams, that means the Packers’ secondary pass-catchers will benefit, including Tonyan. He’s a truly elite redzone threat, and he’s now scored a touchdown in six of his last seven games. The weakness of this Rams defense, if they have one, is the linebackers, so I suspect Rodgers will be looking his way plenty on Saturday. He already has a three-touchdown game this year, and you can’t fade someone who is this good of a bet to score.

There’s a lot of upside here, and I think it correlates nicely with our other plays. In the two games in Goff’s career where he’s played in temperatures below freezing, he has zero touchdowns and five interceptions while completing only 47 percent of his passes. Now he’s playing on the road at Lambeau in cold weather and just had thumb surgery two weeks ago. It’s a potential recipe for disaster, especially against Jaire Alexander and this Packers secondary. It would be somewhat shocking if Goff doesn’t make at least a couple of boneheaded decisions, and we’ve got a good chance at a defensive score here.