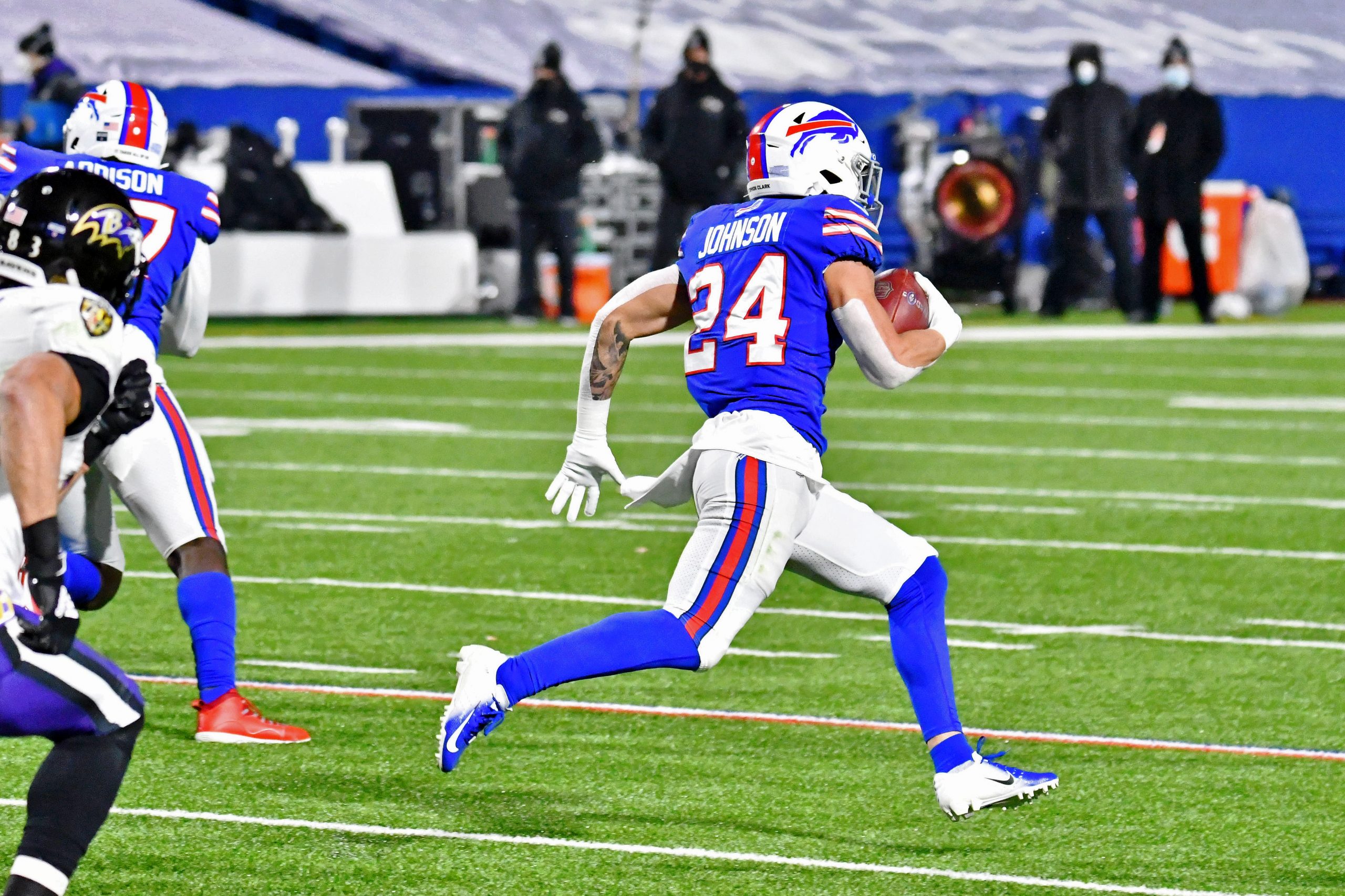 The Buffalo Bills have made a name for themselves over the past few years as one of the NFL’s defensive powerhouses. While Josh Allen and Stefon Diggs have received most of the large-scale recognition for this year’s AFC East champion team, the defense shined on Saturday night, as they alone outscored the Ravens in Buffalo’s 17-3 win over Baltimore.

The first half was as great of a defensive battle as we’ve seen all season, as each team put up just three points (and by the way, there were four field goal misses from under 50 yards in the game – two from each kicker in the Western New York wind). Baltimore controlled time of possession in the first half, but it was Buffalo who got the ball first in the second, driving downfield and scoring a touchdown on a completion from Allen to Diggs (who else?), the game’s only offensive score.

The Ravens then looked as if they were storming right back, taking off over eight minutes of clock to set up a first and goal. After running for a yard to get to the 9, Buffalo’s defense pulled off two consecutive plays that sealed the game. First, veteran defensive end Jerry Hughes came in at the last second to put pressure on Lamar Jackson, forcing the quarterback to underthrow a wide-open Marquise Brown for what would have been a game-tying touchdown.

Bills bettors have longed to see it! #BillsMafia is on one tonight!!!

Jackson’s next throw was intercepted over the middle by Taron Johnson, who ran it back 101 yards for the score, tying the longest interception return in postseason history. It went from bad to worse for the Ravens, as on their following drive Jackson suffered a concussion on a 23-yard loss and missed the rest of the game. Rookie Tyler Huntley came in for the rest of the game, and while Baltimore’s offense had their chances, they were unable to convert either of their fourth downs in the final quarter, sending the Bills to their first AFC championship game since 1994, when they beat the Kansas City Chiefs to advance to their fourth straight Super Bowl.

A rematch 27 years in the making?

More than a quarter-century later, the Chiefs are more likely than not to be the Bills’ opponents once again next Sunday. While Allen and the offense will need to improve on today’s performance, the Bills’ defense made a statement today. There isn’t a quarterback in the league – not even Patrick Mahomes and his half-a-billion dollar contract – that shouldn’t fear this defense. Next week is going to be fun.