HomeAnalysisNFL AnalysisNFL Playoffs divisional round reaction: Packers look good, but still have a lot to clean up

NFL Playoffs divisional round reaction: Packers look good, but still have a lot to clean up 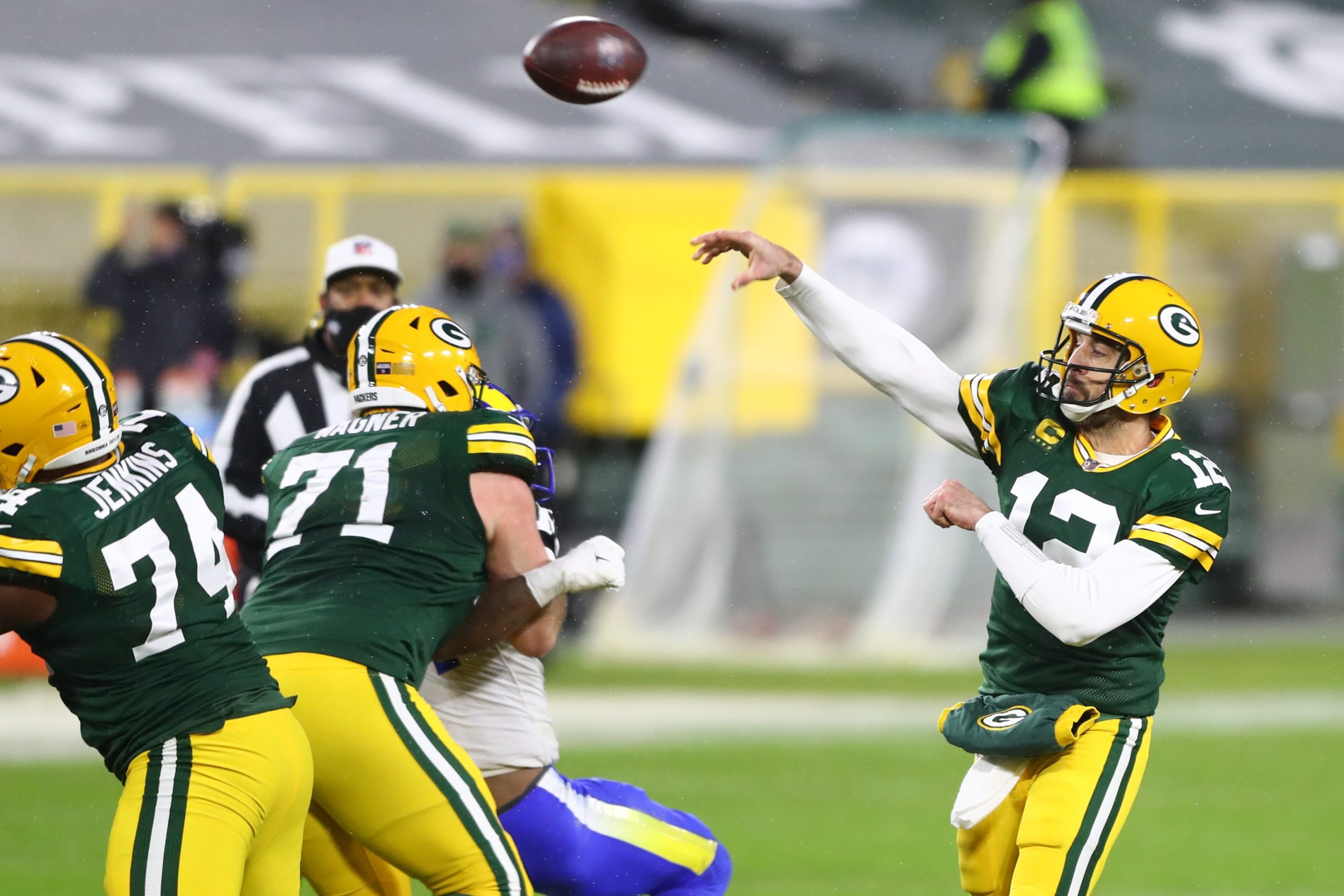 The Green Bay Packers will be hosting the NFC Championship Game after a comfortable 32-18 win over the Los Angeles Rams on Saturday. The Rams briefly flirted with making it a close game in the third quarter, but it never really felt like the outcome was in doubt.

Los Angeles will now turn their attention to a pivotal offseason, while the Packers will start preparing to take on the winner of Sunday’s Buccaneers/Saints game. Let’s dive into the biggest takeaways from the first game of the divisional round:

Packers have a lot to clean up

The Packers certainly won’t complain about being one of the final four teams of this NFL season. But while they should certainly be happy with the win, in which they looked dominant at times, there’s still a lot to clean up if they want to win the Super Bowl. Aaron Rodgers made some beautiful throws, but he also had plenty of uncharacteristic misses in the first three quarters.

Right at the end of the first half he should’ve been intercepted, and he missed a wide open Marquez Valdes-Scantling down the left sideline in the third quarter which led to their first punt of the game. Green Bay had a few sloppy plays on special teams, most notably a botched extra point where Mason Crosby appeared to hurt his shoulder while getting tackled.

The defense was far from error-free, and Mike Pettine’s unit once again failed to control an opponent’s ground game. Rookie Rams running back Cam Akers averaged five yards per carry, and if Rodgers hadn’t built up a comfortable lead that would’ve been a much bigger issue. No matter who they play in the NFCCG, they likely won’t have such a large margin for error in the second half and will need to stop the run.

There was also the late A.J. Dillon fumble which would’ve put the game in jeopardy had Rodgers not recovered it in a stroke of good luck. In the end, there’s no reason to panic and the Packers showed their ceiling is as high as any team in the league’s, but they’ll need to be more disciplined next Sunday.

Packers (-6.5) bettors are back and better than ever! pic.twitter.com/cZveE20oBI

Rams are at a crossroads

It’s almost hard to believe the Rams got to the Super Bowl with Jared Goff just a couple of years ago. Goff regressed this season, and was one of the worst quarterbacks in the NFL statistically. He actually played a bit better than expected on Saturday, considering he didn’t even start last week and is just a couple weeks removed from thumb surgery.

He made better throws than he did in the Rams’ playoff win over the Seahawks, and showed commendable toughness. But he also folded under pressure like he always does, looking like a deer in headlights whenever the pass-rush got near him.

Saturday also showed that in today’s NFL, elite offense is going to usually beat elite defense. Brandon Staley’s defense had looked dominant all season thanks to Aaron Donald and Jalen Ramsey, but when they had to face the league’s most efficient offense they folded quickly.

Simply put, the Rams are going to need to get back to the level of offensive success they had in Sean McVay’s first couple of years if they want to be legit contenders. After what we saw in 2020, it’s somewhat hard to imagine them doing that with Goff. The big extension they just gave him is only starting to kick in, and so there’s not really a realistic scenario where he’s not back in 2021.

The weapons are there, the offensive line is solid, the coaching is great, and the defense can’t really play much better than it did this year. That all means that Goff is going to need to make a major leap next season, or else we might have seen what this team’s ceiling is on Saturday evening.

Be sure to check out our full-game previews for every other matchup in the divisional round: