NFL Playoffs Super Bowl LV reaction: Buccaneers, Chiefs will both be back 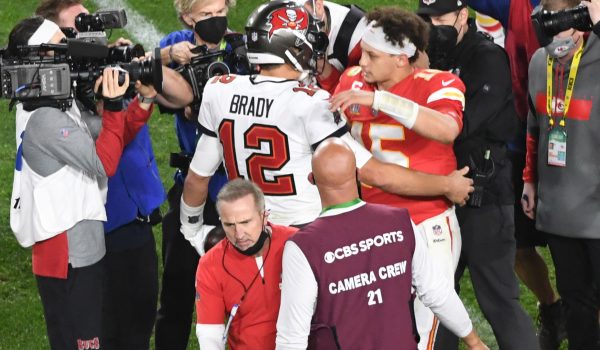 Well, the 2020 NFL season is officially in the books. It ended in a way that I don’t think anybody can honestly say they saw coming, with the Tampa Bay Buccaneers stomping the Kansas City Chiefs 31-9. Tom Brady is the MVP of Super Bowl LV, and he has his seventh ring.

It was an embarrassing performance by the Chiefs — even for quarterback Patrick Mahomes. Time is still on Mahomes’ side, but for now, Brady is on top of the NFL world once again and I don’t see any reason to believe Tampa Bay can’t make another run next year with a 44-year-old at quarterback, as crazy as that sounds. Let’s dive into the takeaways for both teams from the Super Bowl:

Tampa wasn’t all that great during the regular season, and they only beat one team with a winning record all year. But they peaked at the right time, and really found their groove in the playoffs. That’s understandable considering teams didn’t have a real offseason, and on paper, the Bucs should be able to be even better in 2021. They might lose a piece or two, but no matter what they’ll have a great group of weapons at the skill positions.

Brady will get most of the praise due to getting his legendary seventh championship, but it was the defense that played out of their minds on Sunday. They somehow held Mahomes to just nine points, which would’ve been unthinkable heading into the game. Todd Bowles’ pass-rush got relentless pressure all day, and Bowles deserves all the credit in the world for scheming up new looks to keep Kansas City confused and on their heels.

In case there was any doubt, Brady will be leading the offense for at least one more year. “Oh yeah, we’re coming back,” the ageless wonder said immediately after the game. If you were expecting him to ride off into the sunset, you haven’t been paying attention. Bruce Arians has already said he isn’t retiring, and he’ll be keeping both coordinators.

The secondary is pretty young with mostly 23 and 24-year-olds, and should theoretically take a step forward next year. The offensive line looked like one of the best units in the league. Fans who are sick of Brady should prepare for the worst.

Well that will do it for the Chiefs (-3)… probably done a bit before that though 🤔 pic.twitter.com/p2oGLWn77d

Chiefs will be back, too

This game was a monumental disappointment, and one of the few stains on Mahomes’ young resume. But when it’s all said and done, this one performance will likely be little more than a footnote. The Chiefs became the first team in Super Bowl history to play the game without both of their starting tackles from Week 1, putting Mahomes in a really tough spot against Tampa Bay’s elite edge rushers.

It was the first time in his entire career the Chiefs lost by more than one score, and in hindsight will look like a huge outlier. Kansas City still has one of the best offenses of all time and a defense with more than enough talent to make it back to this game on a nearly yearly basis.

The Bills showed in the AFC Championship Game they aren’t even in the same class, even with Josh Allen having a near MVP season, and I don’t see a legitimate threat to their status as the best team in the conference emerging any time soon. If Dee Ford hadn’t lined up offsides a couple of years ago, Kansas City would have been playing in their third straight Super Bowl today. If Mahomes stays healthy, they could easily be in the next three.

NFL 24 days ago
Who will trade for Carson Wentz? Odds, best bets and predictions