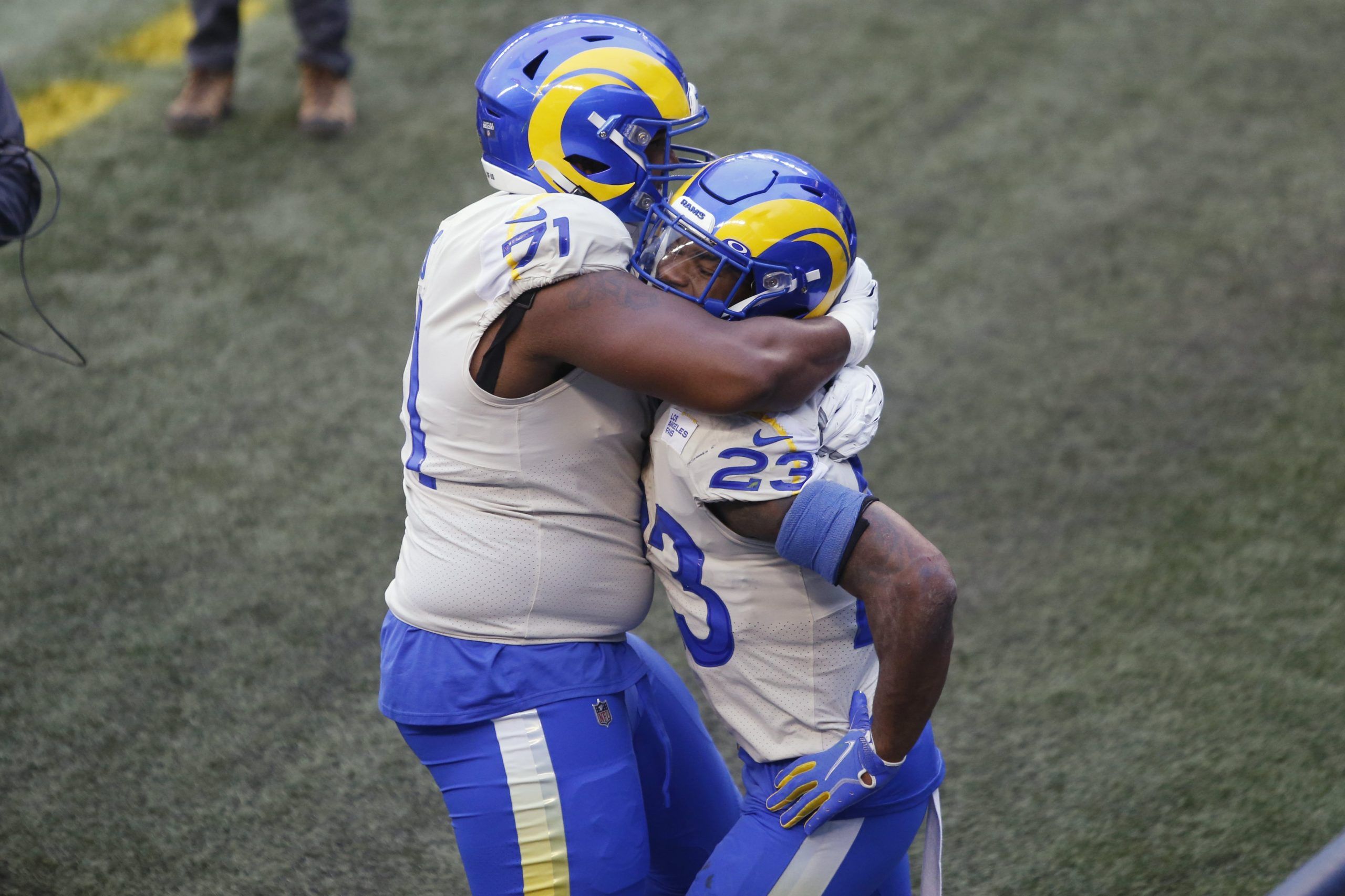 There is a famous adage in football that defense wins championships, and it is not beyond the realms of possibility that it could soon apply to the Los Angeles Rams.

The Rams’ defense put in a stellar performance to completely shut down Russell Wilson and the Seahawks offense, as L.A. prevailed 30-20. When starting quarterback John Wolford left the game early with a neck injury, head coach Sean McVay was forced to bring in Jared Goff, who is still recovering from thumb surgery.

With Goff limited, chances of victory immediately swung in Seattle’s favor. However, the Rams’ league-best defense and rookie running back Cam Akers had other ideas.

Rams defense proves it is elite

The Los Angeles Rams have the best defense in the league. It’s something that has been said time and time again but is worth repeating.

Aaron Donald and the rest of the defensive line straight up terrorized Wilson, giving him no time with the ball as the QB finished the game with just 11 completions from 27 attempts for 174 yards. He also threw a pick-six and was lucky to avoid another couple of interceptions. Even when Donald came out with a rib injury, Wilson was still struggling to avoid the Rams pass-rush. Jalen Ramsey also kept D.K. Metcalf in check once again.

It says a lot about a team that even when their offense is in a tough spot, they can step up and cover for them. You could argue the Denver Broncos did just that in 2015 when they went on to win Super Bowl 50 in Peyton Manning’s final year.

Yet somehow, the Rams entered the playoffs at gigantic odds of +4000 to lift the Vince Lombardi Trophy. Hindsight is a wonderful thing, and it’s true that they did stumble slightly towards the end of the season, but that was one hell of a price.

This defense is capable of shutting down anybody, and they certainly won’t be afraid of taking on Aaron Rodgers and the Packers’ offense at Lambeau Field if they meet in the divisional round.

Los Angeles jumps on the loose ball and takes over! #Seahawks -3 bettors how we doing? ☹️pic.twitter.com/OOUqD54Sb5

Akers continues to light it up

But it wasn’t just all down to the Rams defense for Los Angeles’ victory. With their passing game in a tough spot, Akers stepped up in a big way to light it up for the Rams on the ground, as he registered 131 rushing yards and a touchdown. He also had two receptions for 45 yards.

The first three-quarters of the season were relatively stagnant for Akers, who shared carries with Malcolm Brown and Darrell Henderson. However, after a monster game against the Patriots last month Akers earned the right to be called starting running back. While he has had a couple of injury issues since, the Florida State product has proven he has what it takes to control the Rams ground game going forward.

The Seahawks knew that L.A. was limited in the passing game, and they knew they would be leaning on Akers to drive them downfield. Yet, they still couldn’t stop him. That highlights just how good this rookie is, and I can’t wait to see how he performs in the rest of the playoffs and next season. Todd Gurley moved on from L.A. after last season, and they appear to have found a more than adequate replacement.

With Goff and now Cooper Kupp banged up, the Rams offense will likely rely on Akers to once again keep those chains moving.

There was a point this season when Wilson and the Seahawks offense looked unstoppable. The quarterback was putting up insane numbers with the assistance of Metcalf and Tyler Lockett, and Wilson was odds-on to be named Super Bowl MVP.

However, the Seahawks had since dropped off offensively, topping 26 points just once in their final six games of the regular season, but that was somewhat covered up because they had improved considerably on defense. This is a team that was shocked at home by the Giants and was unable to register comfortable victories over the Eagles, Washington, or the 49ers.

It’s hard to put your finger on why exactly the Seahawks’ offense went from unstoppable to stagnant, but a big part for me is their ailing offensive line. For years Seattle has gotten by with Wilson being able to weave in and out of the pocket, but he was unable to have any success against that vicious Rams pass-rush. That is what ultimately cost them.

The Seahawks have an excellent roster with some superb talent but they need to give Wilson greater protection and create lanes for their running backs if they’re going to compete with the top teams in the NFC. It will be interesting to see how head coach Pete Carroll’s team bounces back from this one.