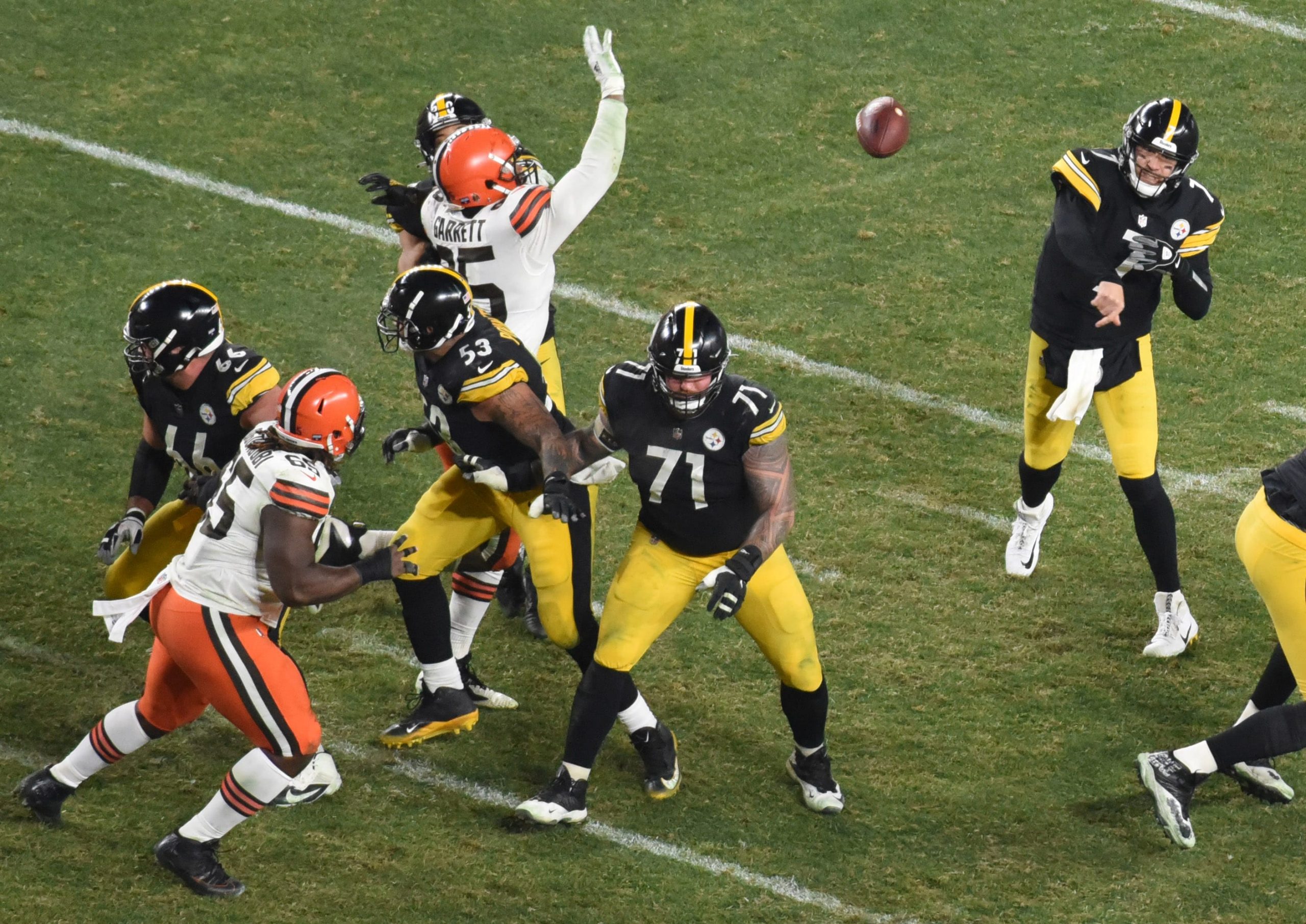 The Cleveland Browns pulled it off, dominating the Pittsburgh Steelers on Sunday night to advance to the divisional round despite the deck seemingly being stacked against them. The 48-37 final score looks closer than the game really was, and the Steelers got humiliated from start to finish despite a brief flirtation with a comeback in the third quarter.

Pittsburgh now has an offseason ahead of them that will determine the future of the franchise, while the Browns are heading to Kansas City to take on the Chiefs. Let’s dive into the biggest takeaways:

Give the Browns all the credit in the world

Few gave the Browns a chance heading into this one after they got decimated by COVID-19 earlier in the week. Not only were they without a slew of starters, including top cornerback Denzel Ward, they were also without head coach Kevin Stefanski. They barely practiced the entire week. Despite all that adversity, they came out on fire, getting out to a stunning 28-0 lead.

Stefanski wasn’t on the sidelines, but he still deserves a ton of credit for turning around the culture in that building and making something like that possible in the first place. A lot of teams would’ve been thrown off their game by the treacherous week, but not this one.

There was a brief scare when the Steelers cut it to 12 points in the third, but Cleveland responded with an 80-yard touchdown drive. They made plays on both sides of the ball when it mattered most. All that being said, another daunting challenge awaits.

The Browns will be going into Arrowhead as massive underdogs, facing a Chiefs team coming off the bye. But if they showed one thing on Sunday night, it’s that you can never count them out.

4th and 1 punt from the Steelers who were down by 12 are now down by 19 🤔#Browns +200 ML rolling once again pic.twitter.com/LyxqccdxEw

The end of Big Ben?

It’s sad to say, but we may have just witnessed Ben Roethlisberger’s last game. Big Ben had tears in his eyes as he left the field, as if he knew it might be his last time running off Heinz Field. His arm strength had noticeably declined this season as he returned from elbow surgery, and he threw four interceptions on Sunday night.

Sure, he passed for 501 yards, but most of those were empty yards against soft zone defenses looking to protect a big lead. It was reported a month or so back that Roethlisberger intended on playing in 2021, but that was before the Steelers’ devastating end to the season. A team that started the year 11-0 completely unraveled down the stretch, culminating in this embarrassment.

Pittsburgh now has a lot of soul searching to do this offseason. Roethlisberger isn’t the only one nearing the end of the line, as the offensive line is getting up there in age as well. JuJu Smith-Schuster will be a free agent this spring, and Pittsburgh’s salary cap situation isn’t great. You can’t write him off just yet, but it’s certainly possible the Big Ben era came to an end on Sunday night after 17 storied seasons.